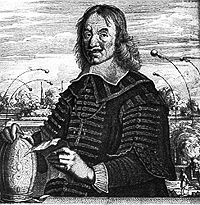 Christoph Bernhard Freiherr von Galen
Von Galen
The Von Galen family is an old, noble, Westphalian family, historically Roman Catholic, from the County of Mark.The earliest von Galens appeared in the twelfth century. Some branches of the family spread to East Prussia through the crusades and military expeditions of the Teutonic Order during the...
(12 October 1606, Drensteinfurt
Drensteinfurt
Drensteinfurt is a town in the district of Warendorf, in North Rhine-Westphalia, Germany. It is situated approx. 15 km north of Hamm and 20 km south of Münster...
– 19 September 1678) was prince-bishop of Münster. He was born into a noble Westphalian
Westphalian
Westphalian may refer to:* The culture or people of the Westphalia region of Germany* Westphalian language, one of the major dialect groups of West Low German* Westphalian sovereignty, a concept in international relations* Westphalian , in geology...
family.

Reduced to poverty through the loss of his paternal inheritance, he took holy orders
Holy Orders
The term Holy Orders is used by many Christian churches to refer to ordination or to those individuals ordained for a special role or ministry....
; but this did not prevent him from fighting on the side of the emperor Ferdinand III
Ferdinand III, Holy Roman Emperor
Ferdinand III was Holy Roman Emperor from 15 February 1637 until his death, as well as King of Hungary and Croatia, King of Bohemia and Archduke of Austria.-Life:...
during the concluding stages of the Thirty Years' War
Thirty Years' War
The Thirty Years' War was fought primarily in what is now Germany, and at various points involved most countries in Europe. It was one of the most destructive conflicts in European history....
. In 1650, he succeeded Ferdinand of Bavaria
Ferdinand of Bavaria
-Biography:Ferdinand was born in Munich, one of the sons of William V, Duke of Bavaria.His parents decided early that he would have church life, and they sent him to the Jesuit school at Ingolstadt for education in early 1587. He quickly became a canon in: Mainz, Cologne, Würzburg, Trier, Salzburg,...
, archbishop of Cologne, as bishop
Bishop
A bishop is an ordained or consecrated member of the Christian clergy who is generally entrusted with a position of authority and oversight. Within the Catholic Church, Eastern Orthodox, Oriental Orthodox Churches, in the Assyrian Church of the East, in the Independent Catholic Churches, and in the...
of Münster.

After restoring some degree of peace and prosperity in his principality, Galen had to contend with a formidable insurrection on the part of the citizens of Münster; but in 1661 this was solved by occupying the city. The bishop, who maintained a strong army, became an important personage in Europe
Europe
Europe is, by convention, one of the world's seven continents. Comprising the westernmost peninsula of Eurasia, Europe is generally 'divided' from Asia to its east by the watershed divides of the Ural and Caucasus Mountains, the Ural River, the Caspian and Black Seas, and the waterways connecting...
. In 1664, he was chosen one of the directors of the imperial army raised to fight the Turks
Ottoman Empire
The Ottoman EmpireIt was usually referred to as the "Ottoman Empire", the "Turkish Empire", the "Ottoman Caliphate" or more commonly "Turkey" by its contemporaries...
, but his troops came too late to fight; after the peace which followed the Christian
Christian
A Christian is a person who adheres to Christianity, an Abrahamic, monotheistic religion based on the life and teachings of Jesus of Nazareth as recorded in the Canonical gospels and the letters of the New Testament...
victory at the Battle of St. Gotthard in August 1664, he aided Charles II of England
Charles II of England
Charles II was monarch of the three kingdoms of England, Scotland, and Ireland.Charles II's father, King Charles I, was executed at Whitehall on 30 January 1649, at the climax of the English Civil War...
in his Second Anglo-Dutch War
Second Anglo-Dutch War
The Second Anglo–Dutch War was part of a series of four Anglo–Dutch Wars fought between the English and the Dutch in the 17th and 18th centuries for control over the seas and trade routes....
with the Dutch
Netherlands
The Netherlands is a constituent country of the Kingdom of the Netherlands, located mainly in North-West Europe and with several islands in the Caribbean. Mainland Netherlands borders the North Sea to the north and west, Belgium to the south, and Germany to the east, and shares maritime borders...
, until the intervention of Louis XIV
Louis XIV of France
Louis XIV , known as Louis the Great or the Sun King , was a Bourbon monarch who ruled as King of France and Navarre. His reign, from 1643 to his death in 1715, began at the age of four and lasted seventy-two years, three months, and eighteen days...
and Frederick William, Elector of Brandenburg
Frederick William, Elector of Brandenburg
|align=right|Frederick William was Elector of Brandenburg and Duke of Prussia – and thus ruler of Brandenburg-Prussia – from 1640 until his death. A member of the House of Hohenzollern, he is popularly known as the "Great Elector" because of his military and political prowess...
compelled him to make a disadvantageous peace in 1666 in Cleve
Cleve
-Surname:* Astrid Cleve , Swedish biologist, geologist, chemist and researcher, first woman in Sweden to obtain a doctorate in science* Bastian Clevé , German film director...
.

He showed himself anxious to reform the church
Roman Catholic Church
The Catholic Church, also known as the Roman Catholic Church, is the world's largest Christian church, with over a billion members. Led by the Pope, it defines its mission as spreading the gospel of Jesus Christ, administering the sacraments and exercising charity...
, and probably his chief energies were directed to increasing his power and prestige, but he succeeded in getting rid of foreign armies, occupying Westphalia
Westphalia
Westphalia is a region in Germany, centred on the cities of Arnsberg, Bielefeld, Dortmund, Minden and Münster.Westphalia is roughly the region between the rivers Rhine and Weser, located north and south of the Ruhr River. No exact definition of borders can be given, because the name "Westphalia"...
since the Peace of Westphalia
Peace of Westphalia
The Peace of Westphalia was a series of peace treaties signed between May and October of 1648 in Osnabrück and Münster. These treaties ended the Thirty Years' War in the Holy Roman Empire, and the Eighty Years' War between Spain and the Dutch Republic, with Spain formally recognizing the...
in 1648.

In the Netherlands
Netherlands
The Netherlands is a constituent country of the Kingdom of the Netherlands, located mainly in North-West Europe and with several islands in the Caribbean. Mainland Netherlands borders the North Sea to the north and west, Belgium to the south, and Germany to the east, and shares maritime borders...
he carries the nickname "Bommen Berend" (Bernhard Bomb
Bomb
A bomb is any of a range of explosive weapons that only rely on the exothermic reaction of an explosive material to provide an extremely sudden and violent release of energy...
s) because he unsuccessfully lay siege to the Dutch city of Groningen using bombs. A holiday of this name is still celebrated in the city of Groningen on the 28th of August to commemorate the breaking of the siege.