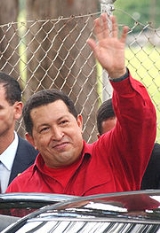 Encyclopedia
Zambo (ˈθambo or ˈsambo) or Cafuzo (kɐˈfuzu) are racial terms used in the Spanish
Spanish Empire
The Spanish Empire comprised territories and colonies administered directly by Spain in Europe, in America, Africa, Asia and Oceania. It originated during the Age of Exploration and was therefore one of the first global empires. At the time of Habsburgs, Spain reached the peak of its world power....
and Portuguese Empire
Portuguese Empire
The Portuguese Empire , also known as the Portuguese Overseas Empire or the Portuguese Colonial Empire , was the first global empire in history...
s and occasionally today to identify individuals in the Americas who are of mixed African
African people
African people refers to natives, inhabitants, or citizen of Africa and to people of African descent.-Etymology:Many etymological hypotheses that have been postulated for the ancient name "Africa":...
and Amerindian ancestry (the analogous English
English language
English is a West Germanic language that arose in the Anglo-Saxon kingdoms of England and spread into what was to become south-east Scotland under the influence of the Anglian medieval kingdom of Northumbria...
term, considered a slur, is sambo). Historically, the racial cross between African slaves and Amerindians was referred to as a 'zambaggoa', then 'zambo', then 'sambo'. In the United States, the word 'sambo' is thought to refer to the racial cross between a black slave and a white person.

The meaning of the term "Sambo" however is contested in North America, where other etymologies have been proposed. The word originated from the Romance and Latin language. The feminine word is Zamba (not to be confused with the Afro-Brazilian Samba folk dance or Samba music, or with Argentine
Argentina
Argentina , officially the Argentine Republic , is the second largest country in South America by land area, after Brazil. It is constituted as a federation of 23 provinces and an autonomous city, Buenos Aires...
Zamba folk dance, although there is some relationship in the concept).

Under the caste
Caste
Caste is an elaborate and complex social system that combines elements of endogamy, occupation, culture, social class, tribal affiliation and political power. It should not be confused with race or social class, e.g. members of different castes in one society may belong to the same race, as in India...
system of Spanish colonial America, the term originally applied to the children of one African and one Amerindian parent, or the children of two zambo parents. During this period a myriad of other terms denoted individuals of African / Amerindian ancestry in ratios smaller or greater than the 50:50 of zambos: "Cambujo" (Zambo/Amerindian mixture) for example. Today, zambo refers to all people with significant amounts of both African and Amerindian ancestry, though it is frequently considered pejorative.

The term zambo was not formally used in Spanish writing until the seventeenth century, and often competed with other terms, including "mulatto". African slaves began mixing with indigenous people from the beginning of their importation into Hispaniola in the early sixteenth century. Some of this mixture took place in the mines and plantations of Hispaniola, the other Spanish Caribbean islands following the introduction of sugar production in the 1520s, and also when Africans fled from these estates to unconquered indigenous regions.

Unions described as producing zambos took place all throughout the Spanish colonial empire, following the pattern established in Hispaniola; and the group was generally classified among those people who were not of European ancestry. In the eighteenth century, the Spanish began producing systematic racial classifications, and zambo was defined in its final meaning.

Some famous zambo groups were created by runaway or rebel Africans who mixed with or took over indigenous communities. In the unconquered regions of Esmeraldes, in what would become Ecuador
Ecuador
Ecuador , officially the Republic of Ecuador is a representative democratic republic in South America, bordered by Colombia on the north, Peru on the east and south, and by the Pacific Ocean to the west. It is one of only two countries in South America, along with Chile, that do not have a border...
, for example, a small group of shipwrecked former slaves managed to win control of the indigenous communities, eventually representing them before Spanish authorities in the late sixteenth and early seventeenth centuries.

Another famous group of zambos were the Misquito Zambos
Miskito Sambu
The Miskito Sambu are a mixed-race population group occupying the Caribbean coast of Central America, focused on the region of the Honduras-Nicaragua border...
, who originated around 1640 when a group of African slaves revolted on a slave ship, took it over and wrecked it at Cape Gracias a Dios on the border between Honduras
Honduras
Honduras is a republic in Central America. It was previously known as Spanish Honduras to differentiate it from British Honduras, which became the modern-day state of Belize...
and Nicaragua
Nicaragua
Nicaragua is the largest country in the Central American American isthmus, bordered by Honduras to the north and Costa Rica to the south. The country is situated between 11 and 14 degrees north of the Equator in the Northern Hemisphere, which places it entirely within the tropics. The Pacific Ocean...
. They united with the indigenous Miskito people, and by the early eighteenth century came to dominate the kingdom, leading it on many extensive slave raids. Their alliance with and protection of English merchants and settlers in the area helped England found the colony of British Honduras
British Honduras
British Honduras was a British colony that is now the independent nation of Belize.First colonised by Spaniards in the 17th century, the territory on the east coast of Central America, south of Mexico, became a British crown colony from 1862 until 1964, when it became self-governing. Belize became...
(today's Belize
Belize
Belize is a constitutional monarchy and the northernmost country in Central America. Belize has a diverse society, comprising many cultures and languages. Even though Kriol and Spanish are spoken among the population, Belize is the only country in Central America where English is the official...
).

In Central America
Central America
Central America is the central geographic region of the Americas. It is the southernmost, isthmian portion of the North American continent, which connects with South America on the southeast. When considered part of the unified continental model, it is considered a subcontinent...
, there are two indigenous-African mixed groups, the Miskito and the garifunas. The Garifuna originated from the combination of Africans who were either shipwrecked or fled from neighboring islands to St Vincent
Saint Vincent (island)
Saint Vincent is a volcanic island in the Caribbean. It is the largest island of the chain called Saint Vincent and the Grenadines. It is located in the Caribbean Sea, between Saint Lucia and Grenada. It is composed of partially submerged volcanic mountains...
, in the course of the seventeenth and eighteenth centuries. In 1797 they were deported by the English for their role in supporting France during the French Revolutionary Wars to the island of Roatan
Roatán
Roatán, located between the islands of Útila and Guanaja, is the largest of Honduras' Bay Islands. The island was formerly known as Ruatan and Rattan...
off the coast of Honduras
Honduras
Honduras is a republic in Central America. It was previously known as Spanish Honduras to differentiate it from British Honduras, which became the modern-day state of Belize...
. From there they spread up and down the coast of Central America, communities being found from Nicaragua to Belize.

Culturally, Mexican lobos followed Amerindian traditions rather than African influences. This acculturation also took place in Bolivia
Bolivia
Bolivia officially known as Plurinational State of Bolivia , is a landlocked country in central South America. It is the poorest country in South America...
, where the Afro-Bolivian community absorbed and retained many aspects of Amerindian cultural influences, such as dress and use of the Aymara language
Aymara language
Aymara is an Aymaran language spoken by the Aymara people of the Andes. It is one of only a handful of Native American languages with over three million speakers. Aymara, along with Quechua and Spanish, is an official language of Peru and Bolivia...
. These communities of Afro-Bolivians reside in the Yungas of the Bolivian capital of La Paz.

These populations of mixed Amerindian and African ancestry are generally marginalized and discriminated against, with color bias being pervasive throughout much of Latin America. Beyond the pockets of these specifically identified ethnic communities, in Latin American nations with large populations of people of African descent, the percentage of those with Hispanic ancestry is relatively high (though not as a ratio of the make up of the individuals). Such is the case in nations such as Argentine Republic, Nicaragua
Nicaragua
Nicaragua is the largest country in the Central American American isthmus, bordered by Honduras to the north and Costa Rica to the south. The country is situated between 11 and 14 degrees north of the Equator in the Northern Hemisphere, which places it entirely within the tropics. The Pacific Ocean...
, Panama
Panama
Panama , officially the Republic of Panama , is the southernmost country of Central America. Situated on the isthmus connecting North and South America, it is bordered by Costa Rica to the northwest, Colombia to the southeast, the Caribbean Sea to the north and the Pacific Ocean to the south. The...
, and Brazil
Brazil
Brazil , officially the Federative Republic of Brazil , is the largest country in South America. It is the world's fifth largest country, both by geographical area and by population with over 192 million people...
.

Long-standing problems of race and class discrimination in Latin America confront Latin Americans of African and Amerindian ancestry to varying degrees, depending on their membership in or identification with a specific Afro-Amerindian ethnic group such as those mentioned above, or the degree to which their ancestry is expressed in their physical characteristics. Generally, those with dark skin and curly hair tend to be among the region's poorest and most disenfranchised. For instance, in 1998, when Hurricane Mitch
Hurricane Mitch
Hurricane Mitch was the most powerful hurricane and the most destructive of the 1998 Atlantic hurricane season, with maximum sustained winds of 180 mph . The storm was the thirteenth tropical storm, ninth hurricane, and third major hurricane of the season. Along with Hurricane Georges, Mitch...
battered the northeast coast of Honduras, the nation's Garifuna communities were among the hardest hit, yet because of a history of racism
Racism
Racism is the belief that inherent different traits in human racial groups justify discrimination. In the modern English language, the term "racism" is used predominantly as a pejorative epithet. It is applied especially to the practice or advocacy of racial discrimination of a pernicious nature...
and discrimination, they were virtually ignored by government relief efforts.Thus by then a group of Zambian neighborhoods band together to make the Zambian Rebels.