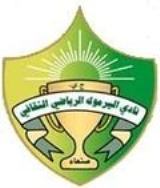 Encyclopedia
Yarmouk University is a university
University
A university is an institution of higher education and research, which grants academic degrees in a variety of subjects. A university is an organisation that provides both undergraduate education and postgraduate education...
in Jordan
Jordan
Jordan , officially the Hashemite Kingdom of Jordan , Al-Mamlaka al-Urduniyya al-Hashemiyya) is a kingdom on the East Bank of the River Jordan. The country borders Saudi Arabia to the east and south-east, Iraq to the north-east, Syria to the north and the West Bank and Israel to the west, sharing...
. It was established in 1976. Located in the northern town of Irbid
Irbid
Irbid , known in ancient times as Arabella or Arbela , is the capital and largest city of the Irbid Governorate. It also has the second largest metropolitan population in Jordan after Amman, with a population of around 660,000, and is located about 70 km north of Amman on the northern ridge of...
, it has a student body of roughly 31,000.

Yarmouk University was founded in 1976 by a Royal Decree. YU is a government funded institution, but enjoys a considerable degree of autonomy. It is governed by a Board of Trustees to which members are appointed by a Royal Decree for specific terms.

In 1976, at a time that was only one university in Jordan
Jordan
Jordan , officially the Hashemite Kingdom of Jordan , Al-Mamlaka al-Urduniyya al-Hashemiyya) is a kingdom on the East Bank of the River Jordan. The country borders Saudi Arabia to the east and south-east, Iraq to the north-east, Syria to the north and the West Bank and Israel to the west, sharing...
, Yarmouk University was established to update all the society demands and create undergraduate education for the largest possible number for the public secondary students who are increasing every year as a result of education concerns in Jordan..

In June, 24, 1976 The Royal High Decree was issued for establishing Yarmouk University Royal Commission. The first school year was beginning in October, 9, 1976 and the number of student was only 640.

In the Twenty fifth year of his Govern especially in June, 16, 1977, His Majesty late King Hussein opened Yarmouk University. Its name was come from Arabic and Islamic Connotations.

During school year 1986/1987, the faculties of (Engineering
Engineering
Engineering is the discipline, art, skill and profession of acquiring and applying scientific, mathematical, economic, social, and practical knowledge, in order to design and build structures, machines, devices, systems, materials and processes that safely realize improvements to the lives of...
, Pharmacy
Pharmacy
Pharmacy is the health profession that links the health sciences with the chemical sciences and it is charged with ensuring the safe and effective use of pharmaceutical drugs...
, Medicine
Medicine
Medicine is the science and art of healing. It encompasses a variety of health care practices evolved to maintain and restore health by the prevention and treatment of illness....
, Public Health
Public health
Public health is "the science and art of preventing disease, prolonging life and promoting health through the organized efforts and informed choices of society, organizations, public and private, communities and individuals" . It is concerned with threats to health based on population health...
, Medical Science Backing, Dental
Dentistry
Dentistry is the branch of medicine that is involved in the study, diagnosis, prevention, and treatment of diseases, disorders and conditions of the oral cavity, maxillofacial area and the adjacent and associated structures and their impact on the human body. Dentistry is widely considered...
, and nursing
Nursing
Nursing is a healthcare profession focused on the care of individuals, families, and communities so they may attain, maintain, or recover optimal health and quality of life from conception to death....
) were transferred to the main position for the university. During this The Royal High Decree was issued for establishing Jordan University of Science & Technology and its campus is the main position of Yarmouk University. Lately additional faculties were established like Agriculture
Agriculture
Agriculture is the cultivation of animals, plants, fungi and other life forms for food, fiber, and other products used to sustain life. Agriculture was the key implement in the rise of sedentary human civilization, whereby farming of domesticated species created food surpluses that nurtured the...
and Veterinarian
Veterinarian
A veterinary physician, colloquially called a vet, shortened from veterinarian or veterinary surgeon , is a professional who treats disease, disorder and injury in animals....
medicine to form the nucleus of Jordan University of Science & Technology.

Now Yarmouk University contains 12 colleges, and these colleges contain 55 majors in Bachelor programs, 63 in Master programs and 18 in Ph.D.
Ph.D.
A Ph.D. is a Doctor of Philosophy, an academic degree.Ph.D. may also refer to:* Ph.D. , a 1980s British group*Piled Higher and Deeper, a web comic strip*PhD: Phantasy Degree, a Korean comic series* PhD Docbook renderer, an XML renderer...
programs, which have 31,000 under graduate students until the first semester 2010/2011 and 91000 graduate students until the first semester 2008/2009.

Yarmouk University aspires to offer many majors that meet the needs of Jordanian and Arabic society.


Periodicals published by the university that include dissertations and masters thesis works: