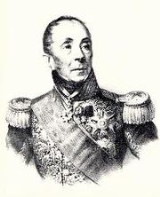 Encyclopedia
Wavre is a town
Town
A town is a human settlement larger than a village but smaller than a city. The size a settlement must be in order to be called a "town" varies considerably in different parts of the world, so that, for example, many American "small towns" seem to British people to be no more than villages, while...
and municipality located in the Belgian
Belgium
Belgium , officially the Kingdom of Belgium, is a federal state in Western Europe. It is a founding member of the European Union and hosts the EU's headquarters, and those of several other major international organisations such as NATO.Belgium is also a member of, or affiliated to, many...
province
Provinces of Belgium
Belgium is divided into three regions, two of them are subdivided into five provinces each.The division into provinces is fixed by Article 5 of the Belgian Constitution...
of Walloon Brabant
Walloon Brabant
Walloon Brabant is a province of Wallonia in Belgium. It borders on the province of Flemish Brabant and the provinces of Liège, Namur and Hainaut . Its capital is Wavre...
, of which it is the capital.

Wavre is located in the Dyle valley. Most of its inhabitants speak French
French language
French is a Romance language spoken as a first language in France, the Romandy region in Switzerland, Wallonia and Brussels in Belgium, Monaco, the regions of Quebec and Acadia in Canada, and by various communities elsewhere. Second-language speakers of French are distributed throughout many parts...
as mother tongue and are called "Wavriens" and "Wavriennes". The Wavre municipality
Municipality
A municipality is essentially an urban administrative division having corporate status and usually powers of self-government. It can also be used to mean the governing body of a municipality. A municipality is a general-purpose administrative subdivision, as opposed to a special-purpose district...
includes the old communes of Limal and Bierges.

Wavre is also called "the City of the Maca", referring to the statue of the small boy who tries to climb the wall of the city hall. Tradition holds that touching the Maca's buttocks
Buttocks
The buttocks are two rounded portions of the anatomy, located on the posterior of the pelvic region of apes and humans, and many other bipeds or quadrupeds, and comprise a layer of fat superimposed on the gluteus maximus and gluteus medius muscles. Physiologically, the buttocks enable weight to...
brings a year of luck.

The foundations of a wealthy Roman
Ancient Rome
Ancient Rome was a thriving civilization that grew on the Italian Peninsula as early as the 8th century BC. Located along the Mediterranean Sea and centered on the city of Rome, it expanded to one of the largest empires in the ancient world....
villa
Villa
A villa was originally an ancient Roman upper-class country house. Since its origins in the Roman villa, the idea and function of a villa have evolved considerably. After the fall of the Roman Republic, villas became small farming compounds, which were increasingly fortified in Late Antiquity,...
were found very close to Wavre, complete with a portico and many rooms. This part of Gaul
Gaul
Gaul was a region of Western Europe during the Iron Age and Roman era, encompassing present day France, Luxembourg and Belgium, most of Switzerland, the western part of Northern Italy, as well as the parts of the Netherlands and Germany on the left bank of the Rhine. The Gauls were the speakers of...
, however, was ravaged by the Germanic
Germanic peoples
The Germanic peoples are an Indo-European ethno-linguistic group of Northern European origin, identified by their use of the Indo-European Germanic languages which diversified out of Proto-Germanic during the Pre-Roman Iron Age.Originating about 1800 BCE from the Corded Ware Culture on the North...
invasions in the 3rd and 4th century, and it is only in the year 1050 that Wavre was mentioned for the first time, as a dependency of the County of Leuven
Leuven
Leuven is the capital of the province of Flemish Brabant in the Flemish Region, Belgium...
, part of the Brabant
Brabant (landgraviat)
The Landgraviat of Brabant must be distinguished from the Duchy of Brabant. The Duchy of Brabant was initially a feudal elevation of the landgraviat, but its name was applied to the entire country under the control of the Dukes of Brabant, from the 13th century on.This imperial fief was assigned to...
pagus
Pagus
In the later Western Roman Empire, following the reorganization of Diocletian, a pagus became the smallest administrative district of a province....
. The chapel built by the counts near the former Gallo-Roman villa was ceded to the Affligem Abbey
Affligem Abbey
Affligem Abbey is a Benedictine monastery in the municipality of Affligem, Flemish Brabant, Belgium, twelve miles to the north-west of Brussels...
a few years later. By the 13th century a market already existed in the budding town built at the crossroads of the Brussels
Brussels
Brussels , officially the Brussels Region or Brussels-Capital Region , is the capital of Belgium and the de facto capital of the European Union...
-Namur
Namur (city)
Namur is a city and municipality in Wallonia, in southern Belgium. It is both the capital of the province of Namur and of Wallonia....
and Nivelles
Nivelles
Nivelles is a Walloon city and municipality located in the Belgian province of Walloon Brabant. The Nivelles municipality includes the old communes of Baulers, Bornival, Thines, and Monstreux....
-Leuven
Leuven
Leuven is the capital of the province of Flemish Brabant in the Flemish Region, Belgium...
roads. In 1222, Henry I, Duke of Brabant
Henry I, Duke of Brabant
Henry I of Brabant , named "The Courageous" Duke of Brabant and Duke of Lower Lotharingia until his death.-Biography:...
granted the town its city charter
Charter
A charter is the grant of authority or rights, stating that the granter formally recognizes the prerogative of the recipient to exercise the rights specified...
. At around the same time, the Affligem Abbey expanded its Wavre possessions into a priory
Priory
A priory is a house of men or women under religious vows that is headed by a prior or prioress. Priories may be houses of mendicant friars or religious sisters , or monasteries of monks or nuns .The Benedictines and their offshoots , the Premonstratensians, and the...
, which attracted pilgrims from a wide region around the city.


From Waterloo until now 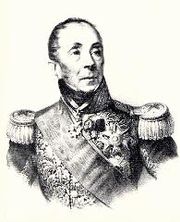 On June 18 and 19, 1815, the Battle of Wavre
Battle of Wavre
The Battle of Wavre was the final major military action of the Hundred Days campaign and the Napoleonic Wars. It was fought on 18-19 June 1815 between the Prussian rearguard under the command of General Johann von Thielmann and three corps of the French army under the command of Marshal Grouchy. A...
was fought here on the same day as the Battle of Waterloo
Battle of Waterloo
The Battle of Waterloo was fought on Sunday 18 June 1815 near Waterloo in present-day Belgium, then part of the United Kingdom of the Netherlands...
. Napoleon had sent Marshal Grouchy to pursue part of the retreating Prussia
Prussia
Prussia was a German kingdom and historic state originating out of the Duchy of Prussia and the Margraviate of Brandenburg. For centuries, the House of Hohenzollern ruled Prussia, successfully expanding its size by way of an unusually well-organized and effective army. Prussia shaped the history...
n army under the command of General Johann von Thielmann
Johann von Thielmann
Johann Adolf Freiherr von Thielmann was a Saxon soldier who served with Saxony, Prussia and France during the Napoleonic Wars.-Biography:...
. Despite hearing the cannon sound from nearby Waterloo, Grouchy decided to obey his orders and engage the one Prussian Corps in Wavre. By the time Grouchy’s battle was over, Napoleon had already lost at Waterloo.