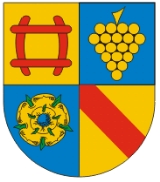 The district was created in 1939 as the successor of the Oberamt Rastatt and later the Großkreis Baden. In 1973 it was merged with the majority of the neighboring district Bühl, and some small parts of the district Kehl.

Since 1968 the district has partnership with the Finnish
Finland
Finland , officially the Republic of Finland, is a Nordic country situated in the Fennoscandian region of Northern Europe. It is bordered by Sweden in the west, Norway in the north and Russia in the east, while Estonia lies to its south across the Gulf of Finland.Around 5.4 million people reside...
city Vantaa
Vantaa
Vantaa is a city and municipality in Finland. Helsinki, Vantaa, Espoo and Kauniainen make up the Helsinki Metropolitan Area.Vantaa, with its population of , is the fourth most populated city of Finland. The biggest airport in Finland, the Helsinki-Vantaa Airport, is located there...
. The partnership with the Italian
Italy
Italy , officially the Italian Republic languages]] under the European Charter for Regional or Minority Languages. In each of these, Italy's official name is as follows:;;;;;;;;), is a unitary parliamentary republic in South-Central Europe. To the north it borders France, Switzerland, Austria and...
Provincia di Pesaro e Urbino was started in 1996.
It is twinned with Fano in Italy, New Briton in the Usa and also twinned with Woking England in 2000. It is also twinned with the Czech town from which its Princess came from during the Baroque period and for whom the summer palace was built.