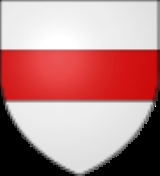 It lies on the Oise Canal, 100 km (approximately 60 miles) north of Paris
Paris
Paris is the capital and largest city in France, situated on the river Seine, in northern France, at the heart of the Île-de-France region...
.

The Gallo-Romans founded the town as Noviomagus. Supposedly also known as Veromanduorum to distinguish it from numerous other places of the same name, though no Roman source can prove it. The town is mentioned in the Antonine Itinerary
Antonine Itinerary
The Antonine Itinerary is a register of the stations and distances along the various roads of the Roman empire, containing directions how to get from one Roman settlement to another...
as being 27 M.P. from Soissons
Soissons
Soissons is a commune in the Aisne department in Picardy in northern France, located on the Aisne River, about northeast of Paris. It is one of the most ancient towns of France, and is probably the ancient capital of the Suessiones...
, and 34 M.P. from Amiens
Amiens
Amiens is a city and commune in northern France, north of Paris and south-west of Lille. It is the capital of the Somme department in Picardy...
. But their distances are not exact, as the 18th-century geographer Jean Baptiste Bourguignon d'Anville
Jean Baptiste Bourguignon d'Anville
Jean Baptiste Bourguignon d'Anville , was both a geographer and cartographer who greatly improved the standards of map-making. His maps of ancient geography, characterized by careful, accurate work and based largely on original research, are especially valuable...
remarks, for Noyon is further from Amiens and nearer to Soissons than the itinerary says. The mutation of the name Noviomagus to Noyon is made clearer in Medieval Latin documents, where the town is then called Noviomum.

The cathedral at Noyon was where the first Holy Roman Emperor
Holy Roman Emperor
The Holy Roman Emperor is a term used by historians to denote a medieval ruler who, as German King, had also received the title of "Emperor of the Romans" from the Pope...
Charlemagne
Charlemagne
Charlemagne was King of the Franks from 768 and Emperor of the Romans from 800 to his death in 814. He expanded the Frankish kingdom into an empire that incorporated much of Western and Central Europe. During his reign, he conquered Italy and was crowned by Pope Leo III on 25 December 800...
was crowned in 768, as too was the first Capetian
House of Capet
The House of Capet, or The Direct Capetian Dynasty, , also called The House of France , or simply the Capets, which ruled the Kingdom of France from 987 to 1328, was the most senior line of the Capetian dynasty – itself a derivative dynasty from the Robertians. As rulers of France, the dynasty...
king, Hugh Capet in 987. The town received a communal charter
Medieval commune
Medieval communes in the European Middle Ages had sworn allegiances of mutual defense among the citizens of a town or city. They took many forms, and varied widely in organization and makeup. Communes are first recorded in the late 11th and early 12th centuries, thereafter becoming a widespread...
in 1108, which was later confirmed by Philip Augustus in 1223. In the twelfth century, the diocese of Noyon
Ancient Diocese of Noyon
The former French Catholic diocese of Noyon lay in the north-east of France, around Noyon. It was formed when Saint Medardus moved the seat of the bishopric at Vermandois to Noyon, in the sixth century. For four centuries it was united with the bishopric of Tournai...
was raised to an ecclesiastical duchy
Duchy
A duchy is a territory, fief, or domain ruled by a duke or duchess.Some duchies were sovereign in areas that would become unified realms only during the Modern era . In contrast, others were subordinate districts of those kingdoms that unified either partially or completely during the Medieval era...
in the peerage of France
Peerage of France
The Peerage of France was a distinction within the French nobility which appeared in the Middle Ages. It was abolished in 1789 during the French Revolution, but it reappeared in 1814 at the time of the Bourbon Restoration which followed the fall of the First French Empire...
. The Romanesque
Romanesque architecture
Romanesque architecture is an architectural style of Medieval Europe characterised by semi-circular arches. There is no consensus for the beginning date of the Romanesque architecture, with proposals ranging from the 6th to the 10th century. It developed in the 12th century into the Gothic style,...
cathedral was destroyed by fire in 1131, but soon replaced by the present cathedral, Notre-Dame de Noyon, constructed between 1145 and 1235, one of the earliest examples of Gothic architecture
Gothic architecture
Gothic architecture is a style of architecture that flourished during the high and late medieval period. It evolved from Romanesque architecture and was succeeded by Renaissance architecture....
in France. The bishop's library is a historic example of half-timbered construction.

By the Treaty of Noyon, signed on the 13 August 1516 between Francis I of France
Francis I of France
Francis I was King of France from 1515 until his death. During his reign, huge cultural changes took place in France and he has been called France's original Renaissance monarch...
and emperor Charles V
Charles V, Holy Roman Emperor
Charles V was ruler of the Holy Roman Empire from 1519 and, as Charles I, of the Spanish Empire from 1516 until his voluntary retirement and abdication in favor of his younger brother Ferdinand I and his son Philip II in 1556.As...
, France abandoned its claims to the Kingdom of Naples
Kingdom of Naples
The Kingdom of Naples, comprising the southern part of the Italian peninsula, was the remainder of the old Kingdom of Sicily after secession of the island of Sicily as a result of the Sicilian Vespers rebellion of 1282. Known to contemporaries as the Kingdom of Sicily, it is dubbed Kingdom of...
and received the Duchy of Milan
Duchy of Milan
The Duchy of Milan , was created on the 1st of may 1395, when Gian Galeazzo Visconti, Lord of Milan, purchased a diploma for 100,000 Florins from King Wenceslaus. It was this diploma that installed, Gian Galeazzo as Duke of Milan and Count of Pavia...
in recompense. The treaty brought the War of the League of Cambrai
War of the League of Cambrai
The War of the League of Cambrai, sometimes known as the War of the Holy League and by several other names, was a major conflict in the Italian Wars...
— one stage of the Italian Wars
Italian Wars
The Italian Wars, often referred to as the Great Italian Wars or the Great Wars of Italy and sometimes as the Habsburg–Valois Wars, were a series of conflicts from 1494 to 1559 that involved, at various times, most of the city-states of Italy, the Papal States, most of the major states of Western...
— to a close. Having been ravaged by Habsburg troops in 1552, Noyon was sold to France in 1559, under the conditions of the Treaty of Cateau-Cambrésis. Near the end of the sixteenth century the town fell under Habsburg
Habsburg
The House of Habsburg , also found as Hapsburg, and also known as House of Austria is one of the most important royal houses of Europe and is best known for being an origin of all of the formally elected Holy Roman Emperors between 1438 and 1740, as well as rulers of the Austrian Empire and...
control, but Henry IV of France
Henry IV of France
Henry IV , Henri-Quatre, was King of France from 1589 to 1610 and King of Navarre from 1572 to 1610. He was the first monarch of the Bourbon branch of the Capetian dynasty in France....
recaptured it. The Concordat of 1801
Concordat of 1801
The Concordat of 1801 was an agreement between Napoleon and Pope Pius VII, signed on 15 July 1801. It solidified the Roman Catholic Church as the majority church of France and brought back most of its civil status....
suppressed its bishopric. The town was occupied by the Germans
Germany
Germany , officially the Federal Republic of Germany , is a federal parliamentary republic in Europe. The country consists of 16 states while the capital and largest city is Berlin. Germany covers an area of 357,021 km2 and has a largely temperate seasonal climate...
during World War I
World War I
World War I , which was predominantly called the World War or the Great War from its occurrence until 1939, and the First World War or World War I thereafter, was a major war centred in Europe that began on 28 July 1914 and lasted until 11 November 1918...
and World War II
World War II
World War II, or the Second World War , was a global conflict lasting from 1939 to 1945, involving most of the world's nations—including all of the great powers—eventually forming two opposing military alliances: the Allies and the Axis...
and on both occasions suffered heavy damage.