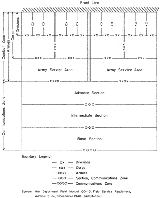 Encyclopedia
The Mediterranean Theater
Theater (warfare)
In warfare, a theater, is defined as an area or place within which important military events occur or are progressing. The entirety of the air, land, and sea area that is or that may potentially become involved in war operations....
of Operations, United States Army (MTO USA) was originally called North African Theater of Operations (NATO) and is an American term for the conflict that took place between the Allies
Allies
In everyday English usage, allies are people, groups, or nations that have joined together in an association for mutual benefit or to achieve some common purpose, whether or not explicit agreement has been worked out between them...
and Axis Powers
Axis Powers
The Axis powers , also known as the Axis alliance, Axis nations, Axis countries, or just the Axis, was an alignment of great powers during the mid-20th century that fought World War II against the Allies. It began in 1936 with treaties of friendship between Germany and Italy and between Germany and...
in North Africa
North Africa
North Africa or Northern Africa is the northernmost region of the African continent, linked by the Sahara to Sub-Saharan Africa. Geopolitically, the United Nations definition of Northern Africa includes eight countries or territories; Algeria, Egypt, Libya, Morocco, South Sudan, Sudan, Tunisia, and...
and Italy
Military history of Italy during World War II
During World War II , the Kingdom of Italy had a varied and tumultuous military history. Defeated in Greece, France, East Africa and North Africa, the Italian invasion of British Somaliland was one of the only successful Italian campaigns of World War II accomplished without German support.In...
during World War II
World War II
World War II, or the Second World War , was a global conflict lasting from 1939 to 1945, involving most of the world's nations—including all of the great powers—eventually forming two opposing military alliances: the Allies and the Axis...
. US operations in the theater began with of the Allied Expeditionary Force, which landed on the beaches of northwest Africa on November 8, 1942, in Operation Torch
Operation Torch
Operation Torch was the British-American invasion of French North Africa in World War II during the North African Campaign, started on 8 November 1942....
. They ended in the Italian Alps some 31 months later with the German surrender in May 1945.

The operational command of the MTO USA was a combined U.S.-British operational command called Allied Forces Headquarters AFHQ, which planned and directed ground, air, and naval operations and military government activities in the North African and Mediterranean theatres of operations. It was created on September 12, 1942 to launch a combined U.S.-British operation against the northern and northwestern coast of Africa. In February 1943 the authority of AFHQ was extended to include the British 8th Army, command by General Bernard Montgomery which having advanced westwards after the Second battle of El Alamein
Second Battle of El Alamein
The Second Battle of El Alamein marked a major turning point in the Western Desert Campaign of the Second World War. The battle took place over 20 days from 23 October – 11 November 1942. The First Battle of El Alamein had stalled the Axis advance. Thereafter, Lieutenant-General Bernard Montgomery...
was approaching the border of Tunisia where the British, American and French forces in British First Army
British First Army
The First Army was a field army of the British Army that existed during the First and Second World Wars. Despite being a British command, the First Army also included Indian and Portuguese forces during the First World War and American and French during the Second World War.-First World War:The...
had been fighting the Tunisia Campaign
Tunisia Campaign
The Tunisia Campaign was a series of battles that took place in Tunisia during the North African Campaign of the Second World War, between Axis and Allied forces. The Allies consisted of British Imperial Forces, including Polish and Greek contingents, with American and French corps...
.

Initially AFHQ was located in London from September until November 1942. It relocated to Algiers
Algiers
' is the capital and largest city of Algeria. According to the 1998 census, the population of the city proper was 1,519,570 and that of the urban agglomeration was 2,135,630. In 2009, the population was about 3,500,000...
in Algeria
Algeria
Algeria , officially the People's Democratic Republic of Algeria , also formally referred to as the Democratic and Popular Republic of Algeria, is a country in the Maghreb region of Northwest Africa with Algiers as its capital.In terms of land area, it is the largest country in Africa and the Arab...
in November 1942 and remained there until July 1944. From Algiers it moved to Caserta
Caserta
Caserta is the capital of the province of Caserta in the Campania region of Italy. It is an important agricultural, commercial and industrial comune and city. Caserta is located on the edge of the Campanian plain at the foot of the Campanian Subapennine mountain range...
in Italy
Italy
Italy , officially the Italian Republic languages]] under the European Charter for Regional or Minority Languages. In each of these, Italy's official name is as follows:;;;;;;;;), is a unitary parliamentary republic in South-Central Europe. To the north it borders France, Switzerland, Austria and...
until April 1945. Its last relocation was to Leghorn (Livorno
Livorno
Livorno , traditionally Leghorn , is a port city on the Tyrrhenian Sea on the western edge of Tuscany, Italy. It is the capital of the Province of Livorno, having a population of approximately 160,000 residents in 2009.- History :...
), Italy between April 1945 until April 1947.

The initial Commander-in-Chief, Allied (Expeditionary) Force, was General Dwight D. Eisenhower
Dwight D. Eisenhower
Dwight David "Ike" Eisenhower was the 34th President of the United States, from 1953 until 1961. He was a five-star general in the United States Army...
. Shortly after the establishment of the headquarters, expeditionary was deleted from its title for reasons of operational security. Having overseen the Tunisia campaign, the invasion of Sicily
Allied invasion of Sicily
The Allied invasion of Sicily, codenamed Operation Husky, was a major World War II campaign, in which the Allies took Sicily from the Axis . It was a large scale amphibious and airborne operation, followed by six weeks of land combat. It launched the Italian Campaign.Husky began on the night of...
and the invasion of Italy
Allied invasion of Italy
The Allied invasion of Italy was the Allied landing on mainland Italy on September 3, 1943, by General Harold Alexander's 15th Army Group during the Second World War. The operation followed the successful invasion of Sicily during the Italian Campaign...
, Eisenhower left AFHQ and returned to the United Kingdom
United Kingdom
The United Kingdom of Great Britain and Northern IrelandIn the United Kingdom and Dependencies, other languages have been officially recognised as legitimate autochthonous languages under the European Charter for Regional or Minority Languages...
in late 1943 to assume command of the forces assembling for Operation Overlord
Operation Overlord
Operation Overlord was the code name for the Battle of Normandy, the operation that launched the invasion of German-occupied western Europe during World War II by Allied forces. The operation commenced on 6 June 1944 with the Normandy landings...
, the Allied landings in northern France. He was succeeded at AFHQ by Field Marshal Sir Henry Maitland Wilson. Wilson's title became Supreme Commander, Mediterranean Theatre of Operations. Wilson was in command for just under a year, until he was sent to Washington
Washington, D.C.
Washington, D.C., formally the District of Columbia and commonly referred to as Washington, "the District", or simply D.C., is the capital of the United States. On July 16, 1790, the United States Congress approved the creation of a permanent national capital as permitted by the U.S. Constitution....
in December 1944 to replace Field Marshal Sir John Dill
John Dill
Field Marshal Sir John Greer Dill, GCB, CMG, DSO was a British commander in World War I and World War II. From May 1940 to December 1941 he was the Chief of the Imperial General Staff, the professional head of the British Army, and subsequently in Washington, as Chief of the British Joint Staff...
, head of the British Joint Staff Mission, who had died suddenly. Wilson was succeeded by Field Marshal Sir Harold Alexander who was Supreme Commander and commander of AFHQ until the end of the war.

Headquarters MTOUSA and General Headquarters CMF formally separated from AFHQ on October 1, 1945, leaving AFHQ to consist of a small interallied staff responsible for combined command liquidation activities and commanded by Lieutenant-General Sir William Morgan
William Duthie Morgan
General Sir William Duthie Morgan GCB DSO MC was a British Army General during World War II.-Military career:Morgan was commissioned into the Royal Artillery in 1913. He served in World War I winning the DSO at the Battle of Le Cateau in 1914 and later the MC and was mentioned in despatches four...
as Supreme Allied Commander Mediterranean. AFHQ was abolished, effective September 17, 1947, by General Order 24, AFHQ, September 16, 1947.

A theater of operations