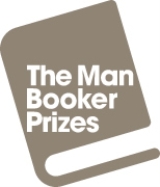 Encyclopedia
The Man Booker Prize for Fiction is a literary prize
Literary award
A literary award is an award presented to an author who has written a particularly lauded piece or body of work. There are awards for forms of writing ranging from poetry to novels. Many awards are also dedicated to a certain genre of fiction or non-fiction writing . There are also awards...
awarded each year for the best original full-length novel, written in the English language, by a citizen of the Commonwealth of Nations
Commonwealth of Nations
The Commonwealth of Nations, normally referred to as the Commonwealth and formerly known as the British Commonwealth, is an intergovernmental organisation of fifty-four independent member states...
, Ireland, or Zimbabwe. The winner of the Man Booker Prize is generally assured of international renown and success; therefore, the prize is of great significance for the book trade. It is also a mark of distinction for authors to be selected for inclusion in the shortlist
Short list
A short list or shortlist is a list of candidates for a job, prize, award, political position, etc., that has been reduced from a longer list of candidates . The length of short lists varies according to the context.-U.S...
or even to be nominated for the "longlist".

The prize was originally known as the Booker-McConnell Prize, after the company Booker-McConnell began sponsoring the event in 1968; it became commonly known as the "Booker Prize" or simply "the Booker." When administration of the prize was transferred to the Booker Prize Foundation in 2002, the title sponsor became the investment company Man Group
Man Group
Man Group plc is a British alternative investment management business. It provides a range of funds for institutional and private investors globally. The company manages about US$68 billion and employs around 1,700 people in 15 locations worldwide.Man’s headquarters are at Riverbank House...
, which opted to retain "Booker" as part of the official title of the prize. The foundation is an independent registered charity funded by the entire profits of Booker Prize Trading Ltd., of which it is the sole shareholder. The prize money awarded with the Booker Prize was originally £21,000, and was subsequently raised to £50,000 in 2002 under the sponsorship of the Man Group, making it one of the world's richest literary prizes.

2001 was the first year in which the longlist was revealed to the general public.

In 1972 winning author John Berger
John Berger
John Peter Berger is an English art critic, novelist, painter and author. His novel G. won the 1972 Booker Prize, and his essay on art criticism Ways of Seeing, written as an accompaniment to a BBC series, is often used as a university text.-Education:Born in Hackney, London, England, Berger was...
, who was an avowed Marxist at the time, protested during his acceptance speech against Booker McConnell. He blamed Booker's 130 years of sugar production in the Caribbean for the region's modern poverty. Berger donated half of his £5,000 prize to the British Black Panther movement, because they had a socialist and revolutionary perspective in agreement with his own.

In 1980 Anthony Burgess
Anthony Burgess
John Burgess Wilson  – who published under the pen name Anthony Burgess – was an English author, poet, playwright, composer, linguist, translator and critic. The dystopian satire A Clockwork Orange is Burgess's most famous novel, though he dismissed it as one of his lesser works...
(Earthly Powers
Earthly Powers
Earthly Powers is a panoramic saga of the 20th century by Anthony Burgess first published in 1980. On one level it is a parody of a "blockbuster" novel, with the 81-year-old hero, Kenneth Toomey , telling the story of his life in 82 chapters...
) refused to attend the ceremony unless he could be guaranteed a win. He was one of two considered likely to win, the other being William Golding
William Golding
Sir William Gerald Golding was a British novelist, poet, playwright and Nobel Prize for Literature laureate, best known for his novel Lord of the Flies...
's Rites of Passage. The judges decided only 30 minutes before the ceremony, giving the prize to Golding. Both novels had been seen as favourites to win leading up to the prize and the dramatic "literary battle" between two senior authors made front page news.

The award has been criticized in various ways for the types of books it covers. For example in 1981 nominee John Banville
John Banville
John Banville is an Irish novelist and screenwriter.Banville's breakthrough novel The Book of Evidence was shortlisted for the Man Booker Prize, and won the Guinness Peat Aviation award. His eighteenth novel, The Sea, won the Man Booker Prize in 2005. He was awarded the Franz Kafka Prize in 2011...
wrote a letter to the Guardian requesting that the prize be given to him so that he could use the money to buy every copy of the longlisted books in Ireland and donate them to libraries, "thus ensuring that the books not only are bought but also read - surely a unique occurrence." In 1994, Richard Gott
Richard Gott
Richard Willoughby Gott is a British journalist and historian, who has written extensively on Latin America...
described the prize as "a significant and dangerous iceberg in the sea of British culture that serves as a symbol of its current malaise."

The selection process for the winner of the prize commences with the formation of an advisory committee which includes an author, two publishers, a literary agent, a bookseller, a librarian, and a chairperson appointed by the Booker Prize Foundation. The advisory committee then selects the judging panel, the membership of which changes each year, although on rare occasions a judge may be selected a second time. Judges are selected from amongst leading literary critics, writers, academics and notable public figures.

The winner is usually announced at a ceremony in London's Guildhall
Guildhall, London
The Guildhall is a building in the City of London, off Gresham and Basinghall streets, in the wards of Bassishaw and Cheap. It has been used as a town hall for several hundred years, and is still the ceremonial and administrative centre of the City of London and its Corporation...
, usually in early October.

As part of The Times
The Times
The Times is a British daily national newspaper, first published in London in 1785 under the title The Daily Universal Register . The Times and its sister paper The Sunday Times are published by Times Newspapers Limited, a subsidiary since 1981 of News International...
Literature Festival in Cheltenham
Cheltenham
Cheltenham , also known as Cheltenham Spa, is a large spa town and borough in Gloucestershire, on the edge of the Cotswolds in the South-West region of England. It is the home of the flagship race of British steeplechase horse racing, the Gold Cup, the main event of the Cheltenham Festival held...
, a Booker event is held on the last Saturday of the festival. Four guest speakers/judges debate a shortlist of four books from a given year from before the introduction of the Booker prize, and a winner is chosen. Unlike the real Man Booker, authors from outside the Commonwealth are also considered. In 2008, the winner for 1948 was Alan Paton
Alan Paton
Alan Stewart Paton was a South African author and anti-apartheid activist.-Family:Paton was born in Pietermaritzburg, Natal Province , the son of a minor civil servant. After attending Maritzburg College, he earned a Bachelor of Science degree at the University of Natal in his hometown, followed...
's Cry, the Beloved Country
Cry, The Beloved Country
Cry, the Beloved Country is a novel by South African author Alan Paton. It was first published in New York City in 1948 by Charles Scribner's Sons and in London by Jonathan Cape; noted American publisher Bennett Cerf remarked at that year's meeting of the American Booksellers Association that there...
, beating Norman Mailer
Norman Mailer
Norman Kingsley Mailer was an American novelist, journalist, essayist, poet, playwright, screenwriter, and film director.Along with Truman Capote, Joan Didion, Hunter S...
's The Naked and the Dead
The Naked and the Dead
The Naked and the Dead is a 1948 novel by Norman Mailer. It was based on his experiences with the 112th Cavalry Regiment during the Philippines Campaign in World War II...
, Graham Greene
Graham Greene
Henry Graham Greene, OM, CH was an English author, playwright and literary critic. His works explore the ambivalent moral and political issues of the modern world...
's The Heart of the Matter
The Heart of the Matter
The Heart of the Matter , a novel by the English author Graham Greene, won the 1948 James Tait Black Memorial Prize for fiction. During World War II, Greene worked for the Secret Intelligence Service in Sierra Leone, the setting for his novel...
and Evelyn Waugh
Evelyn Waugh
Arthur Evelyn St. John Waugh , known as Evelyn Waugh, was an English writer of novels, travel books and biographies. He was also a prolific journalist and reviewer...
's The Loved One
The Loved One
The Loved One: An Anglo-American Tragedy is a short satirical novel by British novelist Evelyn Waugh about the funeral business in Los Angeles, the British expatriate community in Hollywood, and the film industry.-Conception:...
.