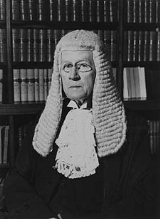 Encyclopedia
Sir John Greig Latham GCMG
Order of St Michael and St George
The Most Distinguished Order of Saint Michael and Saint George is an order of chivalry founded on 28 April 1818 by George, Prince Regent, later George IV of the United Kingdom, while he was acting as Prince Regent for his father, George III....
QC
Queen's Counsel
Queen's Counsel , known as King's Counsel during the reign of a male sovereign, are lawyers appointed by letters patent to be one of Her [or His] Majesty's Counsel learned in the law...
(26 August 1877 – 25 July 1964) was an Australian judge and politician who served as fifth Chief Justice
Chief Justice
The Chief Justice in many countries is the name for the presiding member of a Supreme Court in Commonwealth or other countries with an Anglo-Saxon justice system based on English common law, such as the Supreme Court of Canada, the Constitutional Court of South Africa, the Court of Final Appeal of...
of the High Court of Australia
High Court of Australia
The High Court of Australia is the supreme court in the Australian court hierarchy and the final court of appeal in Australia. It has both original and appellate jurisdiction, has the power of judicial review over laws passed by the Parliament of Australia and the parliaments of the States, and...
for seventeen years, from 1935 to 1952.

Latham was born in Ascot Vale
Ascot Vale, Victoria
Ascot Vale is a suburb 7 km north-west of Melbourne, Victoria, Australia. Its Local Government Area is the City of Moonee Valley. At the 2006 Census, Ascot Vale had a population of 12,398....
, a suburb of Melbourne, Australia. His father was a prominent citizen, whose achievements as Secretary for the Society for the Protection of Animals were deeply respected. John Latham won a scholarship and became a successful student at Scotch College
Scotch College, Melbourne
Scotch College, Melbourne is an independent, Presbyterian, day and boarding school for boys, located in Hawthorn, an inner-eastern suburb of Melbourne, Victoria, Australia....
and the University of Melbourne
University of Melbourne
The University of Melbourne is a public university located in Melbourne, Victoria. Founded in 1853, it is the second oldest university in Australia and the oldest in Victoria...
, studying logic, philosophy and law. At one point, he was the recipient of the Supreme Court Judges' Prize. In November 1902, Latham became the first secretary of the Boobook Society (named for the Southern Boobook
Southern Boobook
The Southern Boobook , also called the Mopoke, Morepork, Ruru or Tasmanian Spotted Owl, is a small brown owl found throughout New Zealand, Tasmania, across most of mainland Australia and in Timor, southern New Guinea and nearby islands.The bird has almost 20 alternative common names, most of which...
owl), a group of Melbourne academics and professionals which still meets.

During World War I, he was an Intelligence officer in the Royal Australian Navy
Royal Australian Navy
The Royal Australian Navy is the naval branch of the Australian Defence Force. Following the Federation of Australia in 1901, the ships and resources of the separate colonial navies were integrated into a national force: the Commonwealth Naval Forces...
, holding the rank of lieutenant commander
Lieutenant Commander
Lieutenant Commander is a commissioned officer rank in many navies. The rank is superior to a lieutenant and subordinate to a commander...
. He was the head of Naval Intelligence from 1917, and was part of the Australian delegation to the Imperial Conference and then the Versailles Peace Conference, for which he was appointed Companion of the Order of St Michael and St George (CMG) in the 1920 New Year Honours. He grew to dislike William Morris Hughes, the Australian Prime Minister. 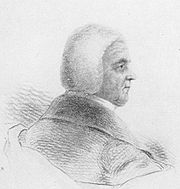 Latham had a distinguished legal career. He was admitted to the Victorian Bar
Victorian Bar
The Victorian Bar is the bar association for the Australian State of Victoria. Its members are barristers registered to practice in Victoria. On 19 January 2006, there were 1627 counsel practising as members of the Victorian Bar. Once a barrister has been admitted to practice by the Supreme Court...
in 1904, and was made a King's Counsel in 1922. In 1920, Latham appeared before the High Court representing the State of Victoria
Victoria (Australia)
Victoria is the second most populous state in Australia. Geographically the smallest mainland state, Victoria is bordered by New South Wales, South Australia, and Tasmania on Boundary Islet to the north, west and south respectively....
in the famous Engineers' case, alongside such people as Dr H.V. Evatt and Robert Menzies
Robert Menzies
Sir Robert Gordon Menzies, , Australian politician, was the 12th and longest-serving Prime Minister of Australia....
.

In 1922, Latham was elected to the Australian House of Representatives
Australian House of Representatives
The House of Representatives is one of the two houses of the Parliament of Australia; it is the lower house; the upper house is the Senate. Members of Parliament serve for terms of approximately three years....
as an independent, running on a campaign of 'Get Rid of Hughes'. Although his philosophy was close to Hughes' Nationalist Party, Latham's experience of Hughes in Europe ensured that he would not serve under him in a Parliament. He won the Victorian
Victoria (Australia)
Victoria is the second most populous state in Australia. Geographically the smallest mainland state, Victoria is bordered by New South Wales, South Australia, and Tasmania on Boundary Islet to the north, west and south respectively....
seat of Kooyong
Division of Kooyong
The Division of Kooyong is an Australian Electoral Division in the state of Victoria. It is located in the inner eastern suburbs of Melbourne, and encompasses the suburbs of Kew, Hawthorn, Hawthorn East, Balwyn, Canterbury, Camberwell and Surrey Hills. The Division was proclaimed in 1900, and was...
. On Hughes' removal, he subsequently joined the Nationalist Party and from 1925 to 1929, he served as the Commonwealth Attorney-General in the Nationalist
Nationalist Party of Australia
The Nationalist Party of Australia was an Australian political party. It was formed on 17 February 1917 from a merger between the conservative Commonwealth Liberal Party and the National Labor Party, the name given to the pro-conscription defectors from the Australian Labor Party led by Prime...
government under Stanley Bruce
Stanley Bruce
Stanley Melbourne Bruce, 1st Viscount Bruce of Melbourne, CH, MC, FRS, PC , was an Australian politician and diplomat, and the eighth Prime Minister of Australia. He was the second Australian granted an hereditary peerage of the United Kingdom, but the first whose peerage was formally created...
and Earle Page
Earle Page
Sir Earle Christmas Grafton Page, GCMG, CH was the 11th Prime Minister of Australia, and is to date the second-longest serving federal parliamentarian in Australian history, with 41 years, 361 days in Parliament.-Early life:...
. He wrote several books, including Australia and the British Empire in which he argued for Australia's place in the British Empire. He opposed the ratification of the Statute of Westminster (1931) and worked very hard to prevent it. After Bruce lost his Parliamentary seat in 1929, Latham served as leader of the Nationalist Party. After Joseph Lyons
Joseph Lyons
Joseph Aloysius Lyons, CH was an Australian politician. He was Labor Premier of Tasmania from 1923 to 1928 and a Minister in the James Scullin government from 1929 until his resignation from the Labor Party in March 1931...
led defectors from the Labor Party
Australian Labor Party
The Australian Labor Party is an Australian political party. It has been the governing party of the Commonwealth of Australia since the 2007 federal election. Julia Gillard is the party's federal parliamentary leader and Prime Minister of Australia...
across the floor, Latham resigned as Opposition Leader in favour of Lyons. In 1931 he was appointed Attorney-General again, this time in the United Australia Party
United Australia Party
The United Australia Party was an Australian political party that was founded in 1931 and dissolved in 1945. It was the political successor to the Nationalist Party of Australia and predecessor to the Liberal Party of Australia...
government of Lyons. At the same time, he was also the Minister for External Affairs and (unofficially) the Deputy Prime Minister. Latham held these positions until 1934, when he retired from the Commonwealth Parliament
Parliament of Australia
The Parliament of Australia, also known as the Commonwealth Parliament or Federal Parliament, is the legislative branch of the government of Australia. It is bicameral, largely modelled in the Westminster tradition, but with some influences from the United States Congress...
.

He died in 1962 in the Melbourne suburb of Richmond
Richmond, Victoria
Richmond is a suburb in Melbourne, Victoria, Australia, 3 km south-east from Melbourne's central business district. Its Local Government Area is the City of Yarra...
. Latham was a prominent Rationalist, after abandoning his parent's Methodism at university. He was also a prominent campaigner for Australian literature, being part of the editorial board of The Trident, a small liberal journal, which was edited by Walter Murdoch
Walter Murdoch
Emeritus Professor Sir Walter Murdoch, KCMG was a prominent Australian academic and essayist famous for his intelligence, wit, and humanity. He was a Founding Professor of English and former Chancellor of University of Western Australia in Perth. Murdoch University, also in Perth is named after him...
. The board also included poet Bernard O'Dowd
Bernard O'Dowd
Bernard Patrick O'Dowd was an Australian activist, educator, poet, journalist, and author of several law books and poetry books. O'Dowd worked as an assistant-librarian and later Chief Parliamentary Draughtsman in the Supreme Court at Melbourne for 48 years;he was also a co-publisher and writer...
. Latham had three children, two of whom predeceased him. His wife, Ella, also predeceased him.

The Canberra
Canberra
Canberra is the capital city of Australia. With a population of over 345,000, it is Australia's largest inland city and the eighth-largest city overall. The city is located at the northern end of the Australian Capital Territory , south-west of Sydney, and north-east of Melbourne...
suburb of Latham
Latham, Australian Capital Territory
Latham is a residential suburb in the Canberra district of Belconnen. The suburb is named for John Latham, Chief Justice of the High Court of Australia from 1935 to 1952. Streets in Latham have the names of Australian judges....
was named after him in 1971.