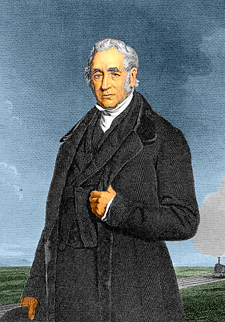 In 1818 the Institution of Civil Engineers
Institution of Civil Engineers
Founded on 2 January 1818, the Institution of Civil Engineers is an independent professional association, based in central London, representing civil engineering. Like its early membership, the majority of its current members are British engineers, but it also has members in more than 150...
was founded. At that time the word "civil" was used to distinguish them from Military engineers and included all the fields of engineering, not just construction as it does today. The Institution of Mechanical Engineers was founded on 27 January 1847, in the Queen's Hotel next to Curzon Street railway station
Curzon Street railway station
Curzon Street railway station was a railway station in Birmingham that was used briefly for regular scheduled passenger services between 1838 and 1854 when it acted as the terminus for both the London and Birmingham Railway and the Grand Junction Railway, with lines connecting Birmingham to London...
in Birmingham
Birmingham
Birmingham is a city and metropolitan borough in the West Midlands of England. It is the most populous British city outside the capital London, with a population of 1,036,900 , and lies at the heart of the West Midlands conurbation, the second most populous urban area in the United Kingdom with a...
by the railway pioneer George Stephenson
George Stephenson
George Stephenson was an English civil engineer and mechanical engineer who built the first public railway line in the world to use steam locomotives...
and others.

It operated from premises in Birmingham until 1877, when it moved to London, taking up its present headquarters in 1898.

, there has been 122 presidents of the Institution, who since 1922 have been elected annually for one year. The first president was George Stephenson
George Stephenson
George Stephenson was an English civil engineer and mechanical engineer who built the first public railway line in the world to use steam locomotives...
, followed by his son Robert
Robert Stephenson
Robert Stephenson FRS was an English civil engineer. He was the only son of George Stephenson, the famed locomotive builder and railway engineer; many of the achievements popularly credited to his father were actually the joint efforts of father and son.-Early life :He was born on the 16th of...
. Joseph Whitworth
Joseph Whitworth
Sir Joseph Whitworth, 1st Baronet was an English engineer, entrepreneur, inventor and philanthropist. In 1841, he devised the British Standard Whitworth system, which created an accepted standard for screw threads...
, John Penn
John Penn (engineer)
John Penn FRS, was a marine engineer, whose firm was pre-eminent in the middle of the nineteenth century due to his innovations in engine and propeller systems, which led his firm to be the major supplier to the Royal Navy as it made the transition from sail to steam power...
and William Armstrong are the only persons to have served two terms. Pamela Liversidge
Pamela Liversidge
Pamela Liversidge OBE was the first female president of the Institution of Mechanical Engineers.-Life:She was born 23 December 1949 and graduated with a BSc in Mechanical Engineering from Aston University. After graduating she worked for GKN, then moved first into forging, then the electricity...
in 1997-98 was the first – and so far only – woman president.

The Engineering in Medicine and Health Division offer: