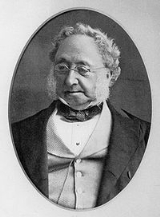 The son of John Hawksley and Mary Whittle, and born in Arnold
Arnold, Nottinghamshire
Arnold is a suburb of Nottingham, England. It is to the north-east of the city boundary, and is in the local government district of Gedling. It has only had a market since 1968, and had a number of factories associated with the hosiery industry...
, near Nottingham
Nottingham
Nottingham is a city and unitary authority in the East Midlands of England. It is located in the ceremonial county of Nottinghamshire and represents one of eight members of the English Core Cities Group...
on 12 July 1807, Hawksley was largely self-taught from the age of 15 onwards, having at that point become articled to a local firm of architects that also undertook a variety of water-related engineering projects.

This achievement led him to be appointed to many major water supply projects across England, including schemes for Liverpool
Liverpool
Liverpool is a city and metropolitan borough of Merseyside, England, along the eastern side of the Mersey Estuary. It was founded as a borough in 1207 and was granted city status in 1880...
, Sheffield
Sheffield
Sheffield is a city and metropolitan borough of South Yorkshire, England. Its name derives from the River Sheaf, which runs through the city. Historically a part of the West Riding of Yorkshire, and with some of its southern suburbs annexed from Derbyshire, the city has grown from its largely...
, Leicester
Leicester
Leicester is a city and unitary authority in the East Midlands of England, and the county town of Leicestershire. The city lies on the River Soar and at the edge of the National Forest...
, Leeds
Leeds
Leeds is a city and metropolitan borough in West Yorkshire, England. In 2001 Leeds' main urban subdivision had a population of 443,247, while the entire city has a population of 798,800 , making it the 30th-most populous city in the European Union.Leeds is the cultural, financial and commercial...
, Derby, Darlington
Darlington
Darlington is a market town in the Borough of Darlington, part of the ceremonial county of County Durham, England. It lies on the small River Skerne, a tributary of the River Tees, not far from the main river. It is the main population centre in the borough, with a population of 97,838 as of 2001...
, Oxford
Oxford
The city of Oxford is the county town of Oxfordshire, England. The city, made prominent by its medieval university, has a population of just under 165,000, with 153,900 living within the district boundary. It lies about 50 miles north-west of London. The rivers Cherwell and Thames run through...
, Cambridge
Cambridge
The city of Cambridge is a university town and the administrative centre of the county of Cambridgeshire, England. It lies in East Anglia about north of London. Cambridge is at the heart of the high-technology centre known as Silicon Fen – a play on Silicon Valley and the fens surrounding the...
, Sunderland, Wakefield
Wakefield
Wakefield is the main settlement and administrative centre of the City of Wakefield, a metropolitan district of West Yorkshire, England. Located by the River Calder on the eastern edge of the Pennines, the urban area is and had a population of 76,886 in 2001....
and Northampton
Northampton
Northampton is a large market town and local government district in the East Midlands region of England. Situated about north-west of London and around south-east of Birmingham, Northampton lies on the River Nene and is the county town of Northamptonshire. The demonym of Northampton is...
. He also undertook drainage projects, including schemes for Birmingham
Birmingham
Birmingham is a city and metropolitan borough in the West Midlands of England. It is the most populous British city outside the capital London, with a population of 1,036,900 , and lies at the heart of the West Midlands conurbation, the second most populous urban area in the United Kingdom with a...
, Worcester and Windsor
Windsor, Berkshire
Windsor is an affluent suburban town and unparished area in the Royal Borough of Windsor and Maidenhead in Berkshire, England. It is widely known as the site of Windsor Castle, one of the official residences of the British Royal Family....
.

In 1852, Hawksley set up his own engineering practice in Westminster, London. He was the first president of the Institution of Gas Engineers and Managers
Institution of Gas Engineers and Managers
The Institution of Gas Engineers and Managers is a British professional engineering institution founded in 1863. It is licenced by the Engineering Council UK to assess candidates for inclusion on ECUK's Register of professional Engineers and Technicians...
(serving for three years from 1863), a Fellow of the Royal Society
Royal Society
The Royal Society of London for Improving Natural Knowledge, known simply as the Royal Society, is a learned society for science, and is possibly the oldest such society in existence. Founded in November 1660, it was granted a Royal Charter by King Charles II as the "Royal Society of London"...
, and was elected President of the Institution of Civil Engineers
Institution of Civil Engineers
Founded on 2 January 1818, the Institution of Civil Engineers is an independent professional association, based in central London, representing civil engineering. Like its early membership, the majority of its current members are British engineers, but it also has members in more than 150...
in 1871 (a post his son Charles
Charles Hawksley
Charles Hawksley was a British civil engineer. Hawksley was born in Nottingham, England in 1839 and was the son of civil engineer Thomas Hawksley. He studied at University College London and after graduating entered into apprenticeship with his father's firm, which had been established in 1852...
later occupied in 1901).

He died in Kensington
Kensington
Kensington is a district of west and central London, England within the Royal Borough of Kensington and Chelsea. An affluent and densely-populated area, its commercial heart is Kensington High Street, and it contains the well-known museum district of South Kensington.To the north, Kensington is...
, London in 1893 and is buried in his family plot at Brookwood Cemetery
Brookwood Cemetery
Brookwood Cemetery is a burial ground in Brookwood, Surrey, England. It is the largest cemetery in the United Kingdom and one of the largest in western Europe.-History:...
, Surrey. In December 2007 a granite memorial was placed over his previously unmarked grave.

Thomas Hawksley was the first of four generations of eminent water engineers, having been followed into the profession by his son, Charles Hawksley, grandson Kenneth Phipson Hawksley, and great grandson, Thomas Edwin Hawksley (died 1972). The Institution of Mechanical Engineers still holds an annual lecture in his memory,
The source of this article is wikipedia, the free encyclopedia.  The text of this article is licensed under the GFDL.