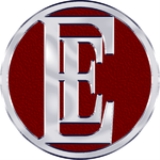 Overview
English Electric was a British industrial manufacturer. Founded in 1918, it initially specialised in industrial electric motor
Electric motor
An electric motor converts electrical energy into mechanical energy.Most electric motors operate through the interaction of magnetic fields and current-carrying conductors to generate force...
s and transformer
Transformer
A transformer is a device that transfers electrical energy from one circuit to another through inductively coupled conductors—the transformer's coils. A varying current in the first or primary winding creates a varying magnetic flux in the transformer's core and thus a varying magnetic field...
s. Its activities would expand to include railway locomotives and traction equipment
Railway electric traction
Railway electric traction describes the various types of locomotive and multiple units that are used on electrification systems around the world.-History:...
, steam turbine
Steam turbine
A steam turbine is a mechanical device that extracts thermal energy from pressurized steam, and converts it into rotary motion. Its modern manifestation was invented by Sir Charles Parsons in 1884....
s, consumer electronics
Consumer electronics
Consumer electronics are electronic equipment intended for everyday use, most often in entertainment, communications and office productivity. Radio broadcasting in the early 20th century brought the first major consumer product, the broadcast receiver...
, guided missile
Guided Missile
Guided Missile is a London based independent record label set up by Paul Kearney in 1994.Guided Missile has always focused on 'the underground', preferring to put out a steady flow of releases and developing the numerous GM events around London and beyond....
s, aircraft and computers.

In the 1920's A Company - The Guardbridge Papermill purchased two electric shunting engines from English electric. Can anyone give any details of the...
More
x