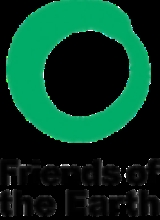 FOEI is assisted by a small secretariat (based in Amsterdam
Amsterdam
Amsterdam is the largest city and the capital of the Netherlands. The current position of Amsterdam as capital city of the Kingdom of the Netherlands is governed by the constitution of August 24, 1815 and its successors. Amsterdam has a population of 783,364 within city limits, an urban population...
) which provides support for the network and its agreed major campaigns. The executive committee of elected representatives from national groups set policy and oversee the work of the secretariat.

Friends of the Earth considers environmental issues in their social, political and human rights contexts. Their campaigns stretch beyond the traditional arena of the conservation movement
Conservation movement
The conservation movement, also known as nature conservation, is a political, environmental and a social movement that seeks to protect natural resources including animal, fungus and plant species as well as their habitat for the future....
and seek to address the economic and development
Economic development
Economic development generally refers to the sustained, concerted actions of policymakers and communities that promote the standard of living and economic health of a specific area...
aspects of sustainability
Sustainability
Sustainability is the capacity to endure. For humans, sustainability is the long-term maintenance of well being, which has environmental, economic, and social dimensions, and encompasses the concept of union, an interdependent relationship and mutual responsible position with all living and non...
. Originally based largely in North America
North America
North America is a continent wholly within the Northern Hemisphere and almost wholly within the Western Hemisphere. It is also considered a northern subcontinent of the Americas...
and Europe
Europe
Europe is, by convention, one of the world's seven continents. Comprising the westernmost peninsula of Eurasia, Europe is generally 'divided' from Asia to its east by the watershed divides of the Ural and Caucasus Mountains, the Ural River, the Caspian and Black Seas, and the waterways connecting...
, its membership is now heavily weighted toward groups in the developing world.

The current campaign priorities of Friends of the Earth internationally are:

The campaign priorities are set at the bi-annual general meeting of Friends of the Earth International.

All FoE International campaigns incorporate elements of three core themes which are:


Friends of the Earth groups

The Friends of the Earth organizations in each country are themselves many-tiered networks reaching from grassroots
Grassroots
A grassroots movement is one driven by the politics of a community. The term implies that the creation of the movement and the group supporting it are natural and spontaneous, highlighting the differences between this and a movement that is orchestrated by traditional power structures...
activists up to the national pressure group which campaigns for environmentally progressive and sustainable policies. The groups and activists at all levels also carry out educational and research activities.

Friends of the Earth groups are required to act independently of party political, religious or other influences; be open, democratic
Democracy
Democracy is generally defined as a form of government in which all adult citizens have an equal say in the decisions that affect their lives. Ideally, this includes equal participation in the proposal, development and passage of legislation into law...
and non-discriminatory in their internal structures; and be willing to cooperate with other organizations who are working for the same goals. These are conditions of remaining a member of FOEI.


Structure of the network

Friends of the Earth International (FoEI) is supported by a secretariat based in Amsterdam
Amsterdam
Amsterdam is the largest city and the capital of the Netherlands. The current position of Amsterdam as capital city of the Kingdom of the Netherlands is governed by the constitution of August 24, 1815 and its successors. Amsterdam has a population of 783,364 within city limits, an urban population...
, and an executive committee known as ExCom. The ExCom is elected by all member groups at a general meeting held every two years, and it is the ExCom which employs the secretariat. At the same general meeting, overall policies and priority activities are agreed.

In addition to work which is coordinated at the FoEI level, national member groups are free to carry out their own campaigns and to work bi- or multi-laterally as they see fit, as long as this does not go against agreed policy at the international level.

Friends of the Earth was founded in 1969 in the United States by David Brower after his split with the Sierra Club
Sierra Club
The Sierra Club is the oldest, largest, and most influential grassroots environmental organization in the United States. It was founded on May 28, 1892, in San Francisco, California, by the conservationist and preservationist John Muir, who became its first president...
based in part on their reluctance to challenge the construction of nuclear power plants. It became an international network in 1971 with a meeting of representatives from the U.S.
United States
The United States of America is a federal constitutional republic comprising fifty states and a federal district...
, Sweden
Sweden
Sweden , officially the Kingdom of Sweden , is a Nordic country on the Scandinavian Peninsula in Northern Europe. Sweden borders with Norway and Finland and is connected to Denmark by a bridge-tunnel across the Öresund....
, the UK
United Kingdom
The United Kingdom of Great Britain and Northern IrelandIn the United Kingdom and Dependencies, other languages have been officially recognised as legitimate autochthonous languages under the European Charter for Regional or Minority Languages...
and France
France
The French Republic , The French Republic , The French Republic , (commonly known as France , is a unitary semi-presidential republic in Western Europe with several overseas territories and islands located on other continents and in the Indian, Pacific, and Atlantic oceans. Metropolitan France...
. For further historical details see articles on the national FOE organizations.


Support for The Big Ask

Among those present at the launch of Friends of the Earth (EWNI)
Friends of the Earth (EWNI)
Friends of the Earth is one of 70 national groups around the world which make up the Friends of the Earth network of environmental organizations...
's climate change campaign The Big Ask were: Jude Law
Jude Law
David Jude Heyworth Law , known professionally as Jude Law, is an English actor, film producer and director.He began acting with the National Youth Music Theatre in 1987, and had his first television role in 1989...
, Edith Bowman
Edith Bowman
Edith Eleanor Bowman is a Scottish music critic, radio DJ and television presenter. She is mostly known for hosting the weekday afternoon show and from September 2009 weekend morning on BBC Radio 1 and for presenting a variety of music related television shows and music...
, Sian Lloyd
Siân Lloyd
Siân Lloyd is a Welsh television presenter, best known as a ITV Weather presenter.-Biography:Lloyd was born in Maesteg, Bridgend, Wales, the daughter of two teachers. She attended Ystalyfera Bilingual School and performed at the Eisteddfod where she won the Crown...
, Ross Burden
Ross Burden
Ross Burden is a celebrity chef from New Zealand.Ross Burden's early career was as a model but became a chef later in life. His inspiration for being a chef was his mother's extremely bad cooking skills, which meant that he spent a lot of time cooking with his grandmother.Ross was brought up in...
, David Cameron
David Cameron
David William Donald Cameron is the current Prime Minister of the United Kingdom, First Lord of the Treasury, Minister for the Civil Service and Leader of the Conservative Party. Cameron represents Witney as its Member of Parliament ....
, David Miliband
David Miliband
David Wright Miliband is a British Labour Party politician who has been the Member of Parliament for South Shields since 2001, and was the Secretary of State for Foreign and Commonwealth Affairs from 2007 to 2010. He is the elder son of the late Marxist theorist Ralph Miliband...
, Thom Yorke
Thom Yorke
Thomas "Thom" Edward Yorke is an English musician who is the lead vocalist and principal songwriter for Radiohead. He mainly plays guitar and piano, but he has also played drums and bass guitar...
, Stephen Merchant
Stephen Merchant
Stephen James Merchant is an English writer, director, radio presenter, comedian, and actor. He is best known for his collaborations with Ricky Gervais, as the co-writer and co-director of the popular British sitcom The Office, as the co-writer, co-director and a co-star of Extras, and as the...
, Michael Eavis
Michael Eavis
Athelstan Joseph Michael Eavis, CBE , is an English dairy farmer and the founder of the Glastonbury Festival, which takes place on his farm.-Personal life:...
, and Emily Eavis
Emily Eavis
Emily Eavis is co-organiser of the annual Glastonbury Festival. She is the youngest daughter of the festival's founder and organiser Michael Eavis and his second wife Jean....
.