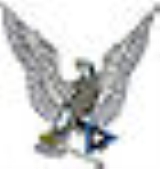 Encyclopedia
The Estonian Air Force is the name of the unified aviation forces of Estonia
Estonia
Estonia , officially the Republic of Estonia , is a state in the Baltic region of Northern Europe. It is bordered to the north by the Gulf of Finland, to the west by the Baltic Sea, to the south by Latvia , and to the east by Lake Peipsi and the Russian Federation . Across the Baltic Sea lies...
.
The Õhuvägi is the main arm of the Estonian aviation forces. The average size of the military formation in peacetime is about 210 men. The Estonian Air Force is tasked with dealing with political, military, economical, social, environmental and psychological threats. The Air Force has an important role in enhancing flight safety in Estonian airspace.


World War I and after

The roots of the current organization go back to the Russian revolution of February
February Revolution
The February Revolution of 1917 was the first of two revolutions in Russia in 1917. Centered around the then capital Petrograd in March . Its immediate result was the abdication of Tsar Nicholas II, the end of the Romanov dynasty, and the end of the Russian Empire...
1917, after which the Estonian state obtained a degree of autonomy within Russia, which included the establishment of national armed forces. Thus many Estonians in the Russian Army
Imperial Russian Army
The Imperial Russian Army was the land armed force of the Russian Empire, active from around 1721 to the Russian Revolution of 1917. In the early 1850s, the Russian army consisted of around 938,731 regular soldiers and 245,850 irregulars . Until the time of military reform of Dmitry Milyutin in...
returned home to take up arms for their homeland. The Estonian Declaration of Independence
Estonian Declaration of Independence
The Estonian Declaration of Independence, also known as the Manifesto to the Peoples of Estonia , is the founding act of the Republic of Estonia from 1918. It is celebrated on 24 February, the National Day or Estonian Independence Day....
in early 1918 was not recognized by Germany, which invaded and occupied the country during 1918. The Estonian armed forces were disbanded.

In the meantime, on 22 November 1918, the Soviet Red Army
Red Army
The Workers' and Peasants' Red Army started out as the Soviet Union's revolutionary communist combat groups during the Russian Civil War of 1918-1922. It grew into the national army of the Soviet Union. By the 1930s the Red Army was among the largest armies in history.The "Red Army" name refers to...
had attacked Estonia and soon occupied most of the country. The fledgling Estonian Army, with foreign assistance, managed to counter-attack in early January 1919 and went on to liberate the country by late February. It subsequently moved on to liberate Latvia
Latvia
Latvia , officially the Republic of Latvia , is a country in the Baltic region of Northern Europe. It is bordered to the north by Estonia , to the south by Lithuania , to the east by the Russian Federation , to the southeast by Belarus and shares maritime borders to the west with Sweden...
. Aviation Company aircraft flew a limited number of missions in support of the army. Following the February 1920 peace treaty
Treaty of Tartu (Russian–Estonian)
Tartu Peace Treaty or Treaty of Tartu was a peace treaty between Estonia and Russian SFSR signed on February 2, 1920 ending the Estonian War of Independence. The terms of the treaty stated that "Russia unreservedly recognises" the independence of Republic of Estonia de jure and renounced in...
with the Soviet Russia, the Estonian Army was demobilized, but the Aviation Company was retained. With the delivery of more aircraft it was reorganized as an Aviation Regiment (Lennuväe rügement), comprising a landplane squadron, seaplane squadron, flying school and workshops. More bases and seaplane stations were built.
Some Aviation Regiment pilots were involved in a pro-Soviet coup attempt on 1 December 1924, but this was crushed within hours. From 1925 the First World War era aircraft were gradually replaced by more modern types. During 1928 the Aviation Regiment came under the control of an Air Defence (Õhukaitse) organization which included the Anti-Aircraft Artillery.


World War II and after

Plans to acquire Spitfires
Supermarine Spitfire
The Supermarine Spitfire is a British single-seat fighter aircraft that was used by the Royal Air Force and many other Allied countries throughout the Second World War. The Spitfire continued to be used as a front line fighter and in secondary roles into the 1950s...
and Lysanders
Westland Lysander
The Westland Lysander was a British army co-operation and liaison aircraft produced by Westland Aircraft used immediately before and during the Second World War...
from Britain were thwarted when the outbreak of World War II in 1939 forced Britain to cancel all export orders. After the defeat of Poland, Estonia was forced to accept a Mutual Assistance Pact
Soviet–Estonian Mutual Assistance Treaty
The Soviet–Estonian Mutual Assistance Treaty was a bilateral treaty signed in Moscow on September 28, 1939. The treaty obliged both parties to respect each other's sovereignty and independence, while in practice allowed the Soviet government to establish military bases in Estonia, which facilitated...
with the Soviet Union, signed on 28 September 1939. This allowed the Russians to establish military bases in Estonia, which were later used in the Winter War
Winter War
The Winter War was a military conflict between the Soviet Union and Finland. It began with a Soviet offensive on 30 November 1939 – three months after the start of World War II and the Soviet invasion of Poland – and ended on 13 March 1940 with the Moscow Peace Treaty...
against Finland. On 17 June 1940 the three Baltic States were invaded by Soviet forces. Bogus soviet-style elections were organised and the resulting communist parliament applied for membership of the Soviet Union. This was granted on 6 August 1940. During the June 1940 invasion the Air Defence took no action and subsequently aircraft remained locked in their hangars. The air force became the Aircraft Squadron of the 22nd Territorial Corps of the Soviet Army in the summer of 1940.

On 22 June 1941 Nazi Germany invaded the Soviet Union
Operation Barbarossa
Operation Barbarossa was the code name for Germany's invasion of the Soviet Union during World War II that began on 22 June 1941. Over 4.5 million troops of the Axis powers invaded the USSR along a front., the largest invasion in the history of warfare...
. The speed of the advance was such that Estonia was soon cut-off from Russia by German forces. The 22nd Territorial Corps was ordered to evacuate to Russia, but many Estonian personnel deserted and joined the guerrilla forces fighting the retreating Red Army. The Germans were welcomed as liberators when they arrived.

During the subsequent Soviet presence
Estonian Soviet Socialist Republic
The Estonian Soviet Socialist Republic , often abbreviated as Estonian SSR or ESSR, was a republic of the Soviet Union, administered by and subordinated to the Government of the Soviet Union...
, Estonia became heavily militarized, with some 10% of the population being Soviet troops based at over 500 military installations.

The Estonian Air Force was re-established at 16 December 1991 after the restoration of independence of the Republic of Estonia in 1991. The Air Force was slow to reform because of the soviets had damaged or destroyed most of their infrastructure before leaving. The Eesti Õhuvägi (Estonian Air Force) was formed on 13 April 1994. In February 1993 the German government donated two Let L-410UVPs transport aircraft. In October 1994 three Mi-2
Mil Mi-2
The Mil Mi-2 is a small, lightly armored transport helicopter that could also provide close air support when armed with 57 mm rockets and a 23 mm cannon.-Design and development:...
helicopters were delivered, followed by four Mi-8s
Mil Mi-8
The Mil Mi-8 is a medium twin-turbine transport helicopter that can also act as a gunship. The Mi-8 is the world's most-produced helicopter, and is used by over 50 countries. Russia is the largest operator of the Mi-8/Mi-17 helicopter....
in November 1995. Initially tasked with ground based air surveillance and air defence using only old Soviet radars and AAA
Anti-aircraft warfare
NATO defines air defence as "all measures designed to nullify or reduce the effectiveness of hostile air action." They include ground and air based weapon systems, associated sensor systems, command and control arrangements and passive measures. It may be to protect naval, ground and air forces...
equipment, on 15 May 1997 the Air Force moved into the former Soviet Su-24
Sukhoi Su-24
The Sukhoi Su-24 is a supersonic, all-weather attack aircraft developed in the Soviet Union. This variable-sweep wing, twin-engined two-seater carried the USSR's first integrated digital navigation/attack system...
base at Ämari, south of Tallinn. In 1997-98 two of the Mi-8's were upgraded.

The Õhuvägi has been rebuilding the destroyed military infrastructure left behind by the Russian Army
Russian Ground Forces
The Russian Ground Forces are the land forces of the Armed Forces of the Russian Federation, formed from parts of the collapsing Soviet Army in 1992. The formation of these forces posed economic challenges after the collapse of the Soviet Union, and required reforms to professionalize the force...
. Most of the funds have been directed to the Ämari military airfield
Ämari Air Base
Ämari Air Base is an air base in Harjumaa, Estonia located 7 km south of Lake Klooga...
which will be completed around 2010. The objective of developing Ämari Air Base is to cooperate with NATO and partner nations air forces and being able to supply standardized airfield and aircraft services necessary for Host Nation Support. Due to the lack of modern and developed military aviation
Aviation
Aviation is the design, development, production, operation, and use of aircraft, especially heavier-than-air aircraft. Aviation is derived from avis, the Latin word for bird.-History:...
infrastructure
Infrastructure
Infrastructure is basic physical and organizational structures needed for the operation of a society or enterprise, or the services and facilities necessary for an economy to function...
, the Air Force development has been very slow.

One of the main goals of the Air Force is to build up an air surveillance system, which will be the cornerstone of the air traffic safety and airspace control. The second priority is the development of the Host Nation Support capabilities for air operations with further implementation of crucial peacetime Air Defence capability - Air Policing. One important milestone will be the development of the air surveillance system to the level, which allows close cooperation with the NATO air defence system. The purpose of Ämari Air Base is to work together with NATO and partner nations air forces and provide the standardized airfield and aircraft services to provide the Host Nation Services.

Air Force Staff
Tallinn
Tallinn is the capital and largest city of Estonia. It occupies an area of with a population of 414,940. It is situated on the northern coast of the country, on the banks of the Gulf of Finland, south of Helsinki, east of Stockholm and west of Saint Petersburg. Tallinn's Old Town is in the list...

The Air Force Staff is highest command of the Estonian Air Forces and represents the military concept-developing, command and executive structure providing Air Forces peacetime, crisis and wartime leadership in order to reach, maintain and increase, as required, the operational level of the military subordinated structures so that to be able to operate under authorized commands responsible for military operations planning and conduct.

Air Bases and airfields
Although the Estonian Air Force inherited a large number of former Soviet Air Force airfields in 1991 during the restoration of independence, most of them were disbanded within in early 90s due to non-existing need for such airfields. The Estonian Air Force has one active air base, which is currently under reconstruction, and occasionally uses a civilian airfield in Tallinn.