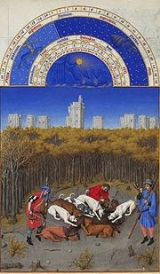 Encyclopedia
December is the 12th and last month
Month
A month is a unit of time, used with calendars, which was first used and invented in Mesopotamia, as a natural period related to the motion of the Moon; month and Moon are cognates. The traditional concept arose with the cycle of moon phases; such months are synodic months and last approximately...
of the year
Year
A year is the orbital period of the Earth moving around the Sun. For an observer on Earth, this corresponds to the period it takes the Sun to complete one course throughout the zodiac along the ecliptic....
in the Julian
Julian calendar
The Julian calendar began in 45 BC as a reform of the Roman calendar by Julius Caesar. It was chosen after consultation with the astronomer Sosigenes of Alexandria and was probably designed to approximate the tropical year .The Julian calendar has a regular year of 365 days divided into 12 months...
and Gregorian Calendar
Gregorian calendar
The Gregorian calendar, also known as the Western calendar, or Christian calendar, is the internationally accepted civil calendar. It was introduced by Pope Gregory XIII, after whom the calendar was named, by a decree signed on 24 February 1582, a papal bull known by its opening words Inter...
s and one of seven months with the length of 31 day
Day
A day is a unit of time, commonly defined as an interval equal to 24 hours. It also can mean that portion of the full day during which a location is illuminated by the light of the sun...
s.
December starts on the same day as September every year and ends on the same day as April every year.

In Latin, decem means "ten
10 (number)
10 is an even natural number following 9 and preceding 11.-In mathematics:Ten is a composite number, its proper divisors being , and...
". December was also the tenth
Tenth
Tenth can mean:* 10th, an ordinal number; as in the item in an order ten places from the beginning, following the ninth and preceding the eleventh.* 1/10, a fraction, one part of a unit divided equally into ten parts...
month in the Roman calendar
Roman calendar
The Roman calendar changed its form several times in the time between the founding of Rome and the fall of the Roman Empire. This article generally discusses the early Roman or pre-Julian calendars...
until a month less winter period was divided between January and February.

December's [flower] is the narcissus or holly
Holly
Ilex) is a genus of 400 to 600 species of flowering plants in the family Aquifoliaceae, and the only living genus in that family. The species are evergreen and deciduous trees, shrubs, and climbers from tropics to temperate zones world wide....
. December's birthstones are turquoise
Turquoise
Turquoise is an opaque, blue-to-green mineral that is a hydrous phosphate of copper and aluminium, with the chemical formula CuAl648·4. It is rare and valuable in finer grades and has been prized as a gem and ornamental stone for thousands of years owing to its unique hue...
, lapis lazuli
Lapis lazuli
Lapis lazuli is a relatively rare semi-precious stone that has been prized since antiquity for its intense blue color....
, zircon
Zircon
Zircon is a mineral belonging to the group of nesosilicates. Its chemical name is zirconium silicate and its corresponding chemical formula is ZrSiO4. A common empirical formula showing some of the range of substitution in zircon is 1–x4x–y...
, topaz
Topaz
Topaz is a silicate mineral of aluminium and fluorine with the chemical formula Al2SiO42. Topaz crystallizes in the orthorhombic system and its crystals are mostly prismatic terminated by pyramidal and other faces.-Color and varieties:...
(blue), or tanzanite
Tanzanite
Tanzanite is the blue/purple variety of the mineral zoisite which was discovered in the Mererani Hills of Northern Tanzania in 1967, near the city of Arusha and Mount Kilimanjaro. It is used as a gemstone...
.

In the Northern hemisphere, the beginning of the meteorological winter
Winter
Winter is the coldest season of the year in temperate climates, between autumn and spring. At the winter solstice, the days are shortest and the nights are longest, with days lengthening as the season progresses after the solstice.-Meteorology:...
is 1 December. In the Southern hemisphere, the beginning of the meteorological summer
Summer
Summer is the warmest of the four temperate seasons, between spring and autumn. At the summer solstice, the days are longest and the nights are shortest, with day-length decreasing as the season progresses after the solstice...
is 1 December. 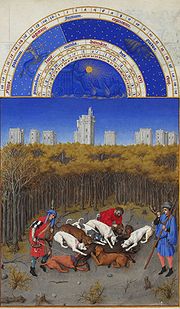