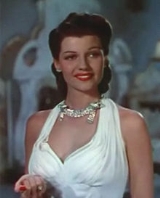 White American
White American
White Americans are people of the United States who are considered or consider themselves White. The United States Census Bureau defines White people as those "having origins in any of the original peoples of Europe, the Middle East, or North Africa...
, itself an official U.S. racial category
Race (United States Census)
Race and ethnicity in the United States Census, as defined by the Federal Office of Management and Budget and the United States Census Bureau, are self-identification data items in which residents choose the race or races with which they most closely identify, and indicate whether or not they are...
, refers to people "having origins in any of the original peoples of Europe
Europe
Europe is, by convention, one of the world's seven continents. Comprising the westernmost peninsula of Eurasia, Europe is generally 'divided' from Asia to its east by the watershed divides of the Ural and Caucasus Mountains, the Ural River, the Caspian and Black Seas, and the waterways connecting...
, the Middle East
Middle East
The Middle East is a region that encompasses Western Asia and Northern Africa. It is often used as a synonym for Near East, in opposition to Far East...
, or North Africa
North Africa
North Africa or Northern Africa is the northernmost region of the African continent, linked by the Sahara to Sub-Saharan Africa. Geopolitically, the United Nations definition of Northern Africa includes eight countries or territories; Algeria, Egypt, Libya, Morocco, South Sudan, Sudan, Tunisia, and...
" who reside in the United States.

Based on the definitions created by the Office of Management and Budget and the U.S. Census Bureau, the concepts of race and ethnicity are mutually independent, and respondents to the census and other Census Bureau surveys are asked to answer both questions. Hispanicity is independent of race, and constitutes an ethnicity category, as opposed to a racial category. For the Census Bureau, Ethnicity distinguishes between those who report ancestral origins in Spain
Spain
Spain , officially the Kingdom of Spain languages]] under the European Charter for Regional or Minority Languages. In each of these, Spain's official name is as follows:;;;;;;), is a country and member state of the European Union located in southwestern Europe on the Iberian Peninsula...
or Hispanic America
Hispanic America
Hispanic America or Spanish America is the region comprising the American countries inhabited by Spanish-speaking populations.These countries have significant commonalities with each other and with Spain, whose colonies they formerly were...
(Hispanic and Latino Americans
Hispanic and Latino Americans
Hispanic or Latino Americans are Americans with origins in the Hispanic countries of Latin America or in Spain, and in general all persons in the United States who self-identify as Hispanic or Latino.1990 Census of Population and Housing: A self-designated classification for people whose origins...
), and those who do not (Non-Hispanic Americans). The U.S. Census Bureau asks each resident to report the "race or races with which they most closely identify." See Non-Hispanic Whites
Non-Hispanic Whites
Non-Hispanic Whites or White, Not Hispanic or Latino are people in the United States, as defined by the Census Bureau, who are of the White race and are not of Hispanic or Latino origin/ethnicity. Hence the designation is exclusive in the sense that it defines who is not included as opposed to who is...
for White Americans that do not report Hispanic or Latino origin.

In the 2010 United States Census, 50.5 million Americans (16.3% of the total population) listed themselves as ethnically Hispanic or Latino. Of those, 53.0% (26.7 million) self-identified as racially white. The remaining respondents listed their races as: Some other race 36.7%, Two or more races (aka multiracial) 6.0%, Black or African American 2.5%, American Indian and Alaska Native 1.4%, Asian 0.4%, and Native Hawaiian or Other Pacific Islander 0.1%.

The respondents in the "Some other race" category are reclassified as white by the Census Bureau in its official estimates of race. This means that more than 90% of all Hispanic or Latino Americans are counted as "white" in some statistics of the US government.

Hispanics and Latinos who are native-born and those who are immigrant identify as White in nearly identical percentages: 53.9 and 53.7, respectively, per figures from 2007. The overall Hispanic or Latino ratio was 53.8%.


Representation in the media


Contrary to their purpose, in popular use Hispanic and Latino are often given racial values, usually non-white, as in spite of the racial diversity of Hispanic and Latino Americans, it is common for them to be stereotyped as being exclusively non-white. Judith Ortiz Cofer
Judith Ortiz Cofer
Judith Ortiz Cofer is a Puerto Rican author. Her work spans a range of literary genres including poetry, short stories, autobiography, essays, and Young-adult fiction.-Early years:...
notes that appellation varies according to geographical location, observing that in Puerto Rico
Puerto Rico
Puerto Rico , officially the Commonwealth of Puerto Rico , is an unincorporated territory of the United States, located in the northeastern Caribbean, east of the Dominican Republic and west of both the United States Virgin Islands and the British Virgin Islands.Puerto Rico comprises an...
she is considered to be a white person, but in the United States she is considered to be a "brown person
Brown people
Brown people or brown race is a political, racial, ethnic, societal, and cultural classification, similar to black people and white people. Like these, it is a metaphor for race based on human skin color, reflecting the fact that there are shades of skin colour intermediate between "Mediterranean" ...
."

On the other hand, since the early days of the movie industry in the U.S., when White Hispanic actors are given roles, they are frequently cast in non-Hispanic white roles. Hispanic and Latino Americans began to appear in the US movie industry in the 1910s, and the leading players among them "were generally light skinned and Caucasian".

Myrtle Gonzalez
Myrtle Gonzalez
Myrtle Gonzalez was an American actress. She starred in at least 78 silent era motion pictures from 1913 to 1917, of which 66 were one and two-reel shorts...
was one such American actress in the silent film
Silent film
A silent film is a film with no synchronized recorded sound, especially with no spoken dialogue. In silent films for entertainment the dialogue is transmitted through muted gestures, pantomime and title cards...
era; she starred in at least 78 motion pictures from 1913 to 1917. Anita Page
Anita Page
Anita Evelyn Pomares , better known as Anita Page, was a Salvadoran-American film actress who reached stardom in the last years of the silent film era. She became a highly popular young star, reportedly at one point receiving the most fan mail of anyone on the MGM lot...
was an American actress of Spanish
Spanish American
A Spanish American is a citizen or resident of the United States whose ancestors originate from the southwestern European nation of Spain. Spanish Americans are the earliest European American group, with a continuous presence since 1565.-Immigration waves:...
and Salvadoran
Salvadoran American
Salvadorian Americans are citizens or residents of the United States of Salvadoran descent. As of 2010 there are 1.6 million Salvadoran Americans in the United States, the fourth-largest Hispanic community by nation of ancestry.They are also known as the nicknamed Salvi people in the USA,...
descent who reached stardom in 1928, during the last years of the silent film. Page was referred to as "a blond
Blond
Blond or blonde or fair-hair is a hair color characterized by low levels of the dark pigment eumelanin. The resultant visible hue depends on various factors, but always has some sort of yellowish color...
, blue-eyed Latin" and "the girl with the most beautiful face in Hollywood".

Most Americans who know of them may not be aware that American movie legend Rita Hayworth
Rita Hayworth
Rita Hayworth was an American film actress and dancer who attained fame during the 1940s as one of the era's top stars...
, born Margarita Carmen Cansino, was Hispanic via her father, flamenco
Flamenco
Flamenco is a genre of music and dance which has its foundation in Andalusian music and dance and in whose evolution Andalusian Gypsies played an important part....
dancer Eduardo Cansino, Sr., from Seville
Seville
Seville is the artistic, historic, cultural, and financial capital of southern Spain. It is the capital of the autonomous community of Andalusia and of the province of Seville. It is situated on the plain of the River Guadalquivir, with an average elevation of above sea level...
; or that the actress who played "all-American" Gilmore Girl
Gilmore Girls
Gilmore Girls is an American family comedy-drama series created by Amy Sherman-Palladino, starring Lauren Graham and Alexis Bledel. On October 5, 2000, the series debuted on The WB and was cancelled in its seventh season, ending on May 15, 2007 on The CW...
Lorelai Leigh "Rory" Gilmore — Alexis Bledel
Alexis Bledel
Alexis Bledel is an American actress. She is known for her roles as Rory Gilmore in the television series Gilmore Girls and Lena Kaligaris in The Sisterhood of the Traveling Pants and The Sisterhood of the Traveling Pants 2.-Early life:Bledel was born Kimberly Alexis Bledel in Houston, Texas...
— is also Hispanic, with a mother from Mexico and father from Argentina.

Some accuse the U.S. Hispanic media and the Latin America
Latin America
Latin America is a region of the Americas where Romance languages  – particularly Spanish and Portuguese, and variably French – are primarily spoken. Latin America has an area of approximately 21,069,500 km² , almost 3.9% of the Earth's surface or 14.1% of its land surface area...
n media of over-representing White Hispanic and Latino Americans and White Latin American
White Latin American
White Latin Americans are the people of Latin America who are white in the racial classification systems used in individual Latin American countries. Persons who are classified as White in one Latin American country may be classified differently in another country...
s (very often blond
Blond
Blond or blonde or fair-hair is a hair color characterized by low levels of the dark pigment eumelanin. The resultant visible hue depends on various factors, but always has some sort of yellowish color...
and blue-eyed or green-eyed), particularly in telenovela
Telenovela
A telenovela is a limited-run serial dramatic programming popular in Latin American, Portuguese, and Spanish television programming. The word combines tele, short for televisión or televisão , and novela, a Spanish or Portuguese word for "novel"...
s (soap opera
Soap opera
A soap opera, sometimes called "soap" for short, is an ongoing, episodic work of dramatic fiction presented in serial format on radio or as television programming. The name soap opera stems from the original dramatic serials broadcast on radio that had soap manufacturers, such as Procter & Gamble,...
s), while underrepresenting majority of non-white Hispanic and Latino Americans and non-white Latin Americans, amid claims that telenovelas, in particular, do not reflect the racial spectrum of Hispanic and Latino Americans.