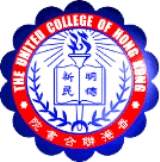 The United Center, which is currently owned by Rocky Wirtz
Rocky Wirtz
William Rockwell "Rocky" Wirtz is the principal owner and chairman of the NHL's Chicago Blackhawks. He is also president of the Blackhawks' parent company, Wirtz Corporation, a diversified conglomerate headquartered in Chicago....
and Reinsdorf, covers 960,000 square feet (89,187 m²) and is located on a 46-acre (19 ha) parcel, west of the Chicago Loop
Chicago Loop
The Loop or Chicago Loop is one of 77 officially designated Chicago community areas located in the City of Chicago, Illinois. It is the historic commercial center of downtown Chicago...
. The arena is the largest in the United States in physical size, though not in capacity. Its exterior bears a striking resemblance to that of Chicago Stadium
Chicago Stadium
The Chicago Stadium was an indoor sports arena and theater in Chicago. It opened in 1929, and closed in 1994.-History:The Stadium hosted the Chicago Blackhawks of the NHL from 1929–1994 and the Chicago Bulls of the NBA from 1967–1994....
. It seats 19,717 (not including standing room) for hockey (highest attendance at a Blackhawks game in 2011 was 22,195 vs. San Jose), 20,917 (not including standing room) for basketball (highest attendance at a Bulls game in 2011 was 23,067 vs. Miami) and up to 23,500 for concerts. The United Center hosts over 200 events per year and has drawn over 20 million visitors since its opening. It is known for routinely meeting and exceeding seating capacity
Seating capacity
Seating capacity refers to the number of people who can be seated in a specific space, both in terms of the physical space available, and in terms of limitations set by law. Seating capacity can be used in the description of anything ranging from an automobile that seats two to a stadium that seats...
for Bulls and Blackhawks games.

United Center's acoustics were designed to amplify the noise level in order to recreate "The Roar" – the din of noise that made Chicago Stadium famous, especially during hockey games. During hockey season, an Allen Organ
Allen Organ
The Allen Organ Company builds classical digital and combination digital and pipe organs, as well as digital theatre organs. Its factory is located in Macungie in the U.S. state of Pennsylvania.-History:...
that is a replica of the old arena's famous Barton organ
Barton Organ Company
The Barton Organ Company was an American pipe organ manufacturer during the age of silent movies. The company was founded by Dan Barton, who was from Amherst, Wisconsin. The fifth largest builder of theater instruments in the nation, Barton focused almost exclusively on the Midwest market...
is used; recreating the old organ's notes took two years.

In addition to more than 80 Bulls and Blackhawks games each year, the United Center has hosted other sporting events such as University of Illinois basketball
Illinois Fighting Illini
The Fighting Illini are the intercollegiate athletic teams of the University of Illinois at Urbana-Champaign. The University offers 10 men's and 11 women's varsity sports....
, the Big Ten
Big Ten Conference
The Big Ten Conference is the United States' oldest Division I college athletic conference. Its twelve member institutions are located primarily in the Midwestern United States, stretching from Nebraska in the west to Pennsylvania in the east...
Men's Basketball Tournament (from the first tournament in 1998 to 2001, then in odd-numbered years from 2003 to 2007, before the tournament moved permanently to Conseco Fieldhouse
Conseco Fieldhouse
Conseco Fieldhouse is a multi-purpose arena located in downtown Indianapolis, Indiana, United States. Opened in November 1999 to replace Market Square Arena, it is home to the Indiana Pacers of the National Basketball Association and the Indiana Fever of the Women's National Basketball Association...
in Indianapolis), the Men's NCAA Basketball Tournament
NCAA Men's Division I Basketball Championship
The NCAA Men's Division I Basketball Championship is a single-elimination tournament held each spring in the United States, featuring 68 college basketball teams, to determine the national championship in the top tier of college basketball...
(hosted four times, including 2011), the Roundball Classic
Roundball Classic
The Roundball Classic, originally known as The Dapper Dan Roundball Classic is well known in the sports world as the first national high school All Star basketball game...
, and the Great Eight Classic.

U2
U2
U2 are an Irish rock band from Dublin. Formed in 1976, the group consists of Bono , The Edge , Adam Clayton , and Larry Mullen, Jr. . U2's early sound was rooted in post-punk but eventually grew to incorporate influences from many genres of popular music...
filmed two concerts during the American leg of their Vertigo Tour
Vertigo Tour
The Vertigo Tour was a worldwide concert tour by the Irish rock band U2. Launched in support of the group's 2004 album How to Dismantle an Atomic Bomb, the band visited arenas and stadiums from 2005 through 2006. The Vertigo Tour consisted of five legs that alternated between indoor arena shows in...
for the concert film Vertigo 2005: Live from Chicago. The Dave Matthews Band
Dave Matthews Band
Dave Matthews Band, sometimes shortened to DMB, is a U.S. rock band formed in Charlottesville, Virginia in 1991. The founding members were singer-songwriter and guitarist Dave Matthews, bassist Stefan Lessard, drummer/backing vocalist Carter Beauford and saxophonist LeRoi Moore. Boyd Tinsley was...
released Live in Chicago 12.19.98
Live in Chicago 12.19.98
Live in Chicago 12.19.98 at the United Center, also known as simply Live in Chicago 12.19.98, is a live album by the Dave Matthews Band, released by RCA on October 23, 2001. It was recorded at the United Center in Chicago, Illinois...
as a live album and a bootleg video of the webcast of the performance is widely in circulation among DMB fans.

The United Center has also provided a Chicago home for Cirque du Soleil
Cirque du Soleil
Cirque du Soleil , is a Canadian entertainment company, self-described as a "dramatic mix of circus arts and street entertainment." Based in Montreal, Quebec, Canada, and located in the inner-city area of Saint-Michel, it was founded in Baie-Saint-Paul in 1984 by two former street performers, Guy...
, Ringling Brothers and Barnum & Bailey Circus and Disney on Ice
Disney on Ice
Disney On Ice is a touring ice show produced by Feld Entertainment under agreement with The Walt Disney Company. Aimed primarily at children, the shows feature figure skaters dressed as Disney cartoon characters in performances that each derive their music and plot from elements collected from...
.

The arena was the Bulls' home during their second run of three consecutive championships, hosting the , , and 1998 NBA Finals
1998 NBA Finals
The 1998 NBA Finals was the championship round of the 1997-98 National Basketball Association season. The Chicago Bulls of the Eastern Conference played against the Utah Jazz of the Western Conference, with the Jazz holding home-court advantage with the first 2 games in Salt Lake City...
. The Bulls won the 1996 and 1997 series in the sixth game at home, but won the 1998 series at the Delta Center in Salt Lake City, which is now known as the EnergySolutions Arena
EnergySolutions Arena
EnergySolutions Arena is an indoor arena, in Salt Lake City, Utah, United States, owned by Jazz Basketball Investors, Inc., the estate of Larry H. Miller...
.

The Stanley Cup Finals were played in the arena for the first time in . However, the Blackhawks won the Stanley Cup at Wachovia Center, now Wells Fargo Center, in Philadelphia.
On the weekend of March 5–6, 2011, the Professional Bull Riders made their Built Ford Tough Series
Built Ford Tough Series
The Built Ford Tough Series is the "major league" tour of the PBR competitions. It is a 30-city event series culminating in the PBR World Finals every year in Las Vegas, Nevada. The top 45 riders of the PBR compete in the BFTS with the rankings determined by points and money won...
debut at the United Center. It was their third Chicago-area visit, having previously visited Rosemont
Rosemont, Illinois
Rosemont is a village in Cook County, Illinois, United States located immediately northwest of Chicago. The village was incorporated in 1956, though it had been settled long before that...
's Allstate Arena
Allstate Arena
Allstate Arena is a multi-purpose arena, in Rosemont, Illinois.It is home to the Chicago Rush, of the Arena Football League, DePaul University's men's basketball team, the Chicago Wolves, of the AHL, and the Chicago Sky, of the WNBA.It is located near the intersection of Mannheim Road and...
in 2006 and 2008. The event at the United Center presented a unique scenario in that instead of dirt, white stone was used to cover the arena floor.

The Blackhawks announced that hockey legends Bobby Hull and Stan Mikita would receive bronze statues in their honor outside of the United Center during the 2011–2012 NHL season.

The Illinois State High School Hockey Championships are hosted at the United Center yearly for the Blackhawk Cup.

New for the 2009-10 season, the United Center’s 300 Level features a renovated concourse with 144 flat screen televisions powered by LG, new food and beverage stations above select seating sections and two new bars that open up to panoramic views of the arena. During the 2010 off-season, two additional bars with panoramic views of the arena were added along with the other two.

The following banners hang from the rafters of the United Center honoring past and present Bulls and Blackhawks. 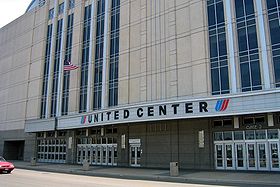