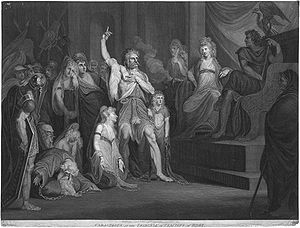 In the Republic of Ireland
Republic of Ireland
Ireland , described as the Republic of Ireland , is a sovereign state in Europe occupying approximately five-sixths of the island of the same name. Its capital is Dublin. Ireland, which had a population of 4.58 million in 2011, is a constitutional republic governed as a parliamentary democracy,...
, the word tribunal is popularly used to refer to a public inquiry
Public inquiry
A Tribunal of Inquiry is an official review of events or actions ordered by a government body in Common Law countries such as the United Kingdom, Ireland or Canada. Such a public inquiry differs from a Royal Commission in that a public inquiry accepts evidence and conducts its hearings in a more...
established under the Tribunals of Inquiry (Evidence) Act 1921. The main difference between a Parliamentary Inquiry (non statutory) and a Tribunal of Inquiry in Ireland is that non-statutory inquiries are not vested with the powers, privileges and rights of the High Court; Tribunals of Inquiry are. Tribunals are established by resolution of the Houses of the Oireachtas to enquire into matters of urgent public importance. It is not a function of Tribunals to administer justice, their work is solely inquisitorial. Tribunals are obliged to report their findings to the Oireachtas
Oireachtas
The Oireachtas , sometimes referred to as Oireachtas Éireann, is the "national parliament" or legislature of Ireland. The Oireachtas consists of:*The President of Ireland*The two Houses of the Oireachtas :**Dáil Éireann...
. They have the power to enforce the attendance and examination of witnesses and the production of documents relevant to the work in hand. Tribunals can consist of one or more people. A layperson, or non lawyer, may be the Sole member of an Tribunal.

The tribunal system of the United Kingdom
United Kingdom
The United Kingdom of Great Britain and Northern IrelandIn the United Kingdom and Dependencies, other languages have been officially recognised as legitimate autochthonous languages under the European Charter for Regional or Minority Languages...
is part the national system of administrative justice. Though it has grown up on an ad hoc basis since the beginning of the twentieth century, from 2007 reforms were put in place to build a unified system with recognised judicial authority, routes of appeal
Appeal
An appeal is a petition for review of a case that has been decided by a court of law. The petition is made to a higher court for the purpose of overturning the lower court's decision....
and regulatory supervision.

Historically in the Netherlands before the separation of lawmaking, law enforcement, and justice duties, all sentences were made by a tribunal of 7 schepenen or magistrates, appointed by the local count. Such a tribunal was called a Vierschaar, so called for the four-square dimensions of the sitting judges. Most towns had the Vierschaar privilege to hear their own disputes. The Vierschaar was usually located in the town hall, and many historic town halls still have such a room, usually decorated with scenes from the Judgment of Solomon
Judgment of Solomon
The Judgment of Solomon refers to a story from the Hebrew Bible in which King Solomon of Israel ruled between two women both claiming to be the mother of a child. It has become a metaphor referring to a wise judge who uses a stratagem to determine the truth, tricking the parties into revealing...
.

In the Roman Catholic Church
Roman Catholic Church
The Catholic Church, also known as the Roman Catholic Church, is the world's largest Christian church, with over a billion members. Led by the Pope, it defines its mission as spreading the gospel of Jesus Christ, administering the sacraments and exercising charity...
, a tribunal usually refers to literally one of three instances of ecclesiastical courts: (1) a diocesan tribunal (2) a provincial tribunal, that is, of more than one diocese
Diocese
A diocese is the district or see under the supervision of a bishop. It is divided into parishes.An archdiocese is more significant than a diocese. An archdiocese is presided over by an archbishop whose see may have or had importance due to size or historical significance...
and commonly referred to as an appellate court
Appellate court
An appellate court, commonly called an appeals court or court of appeals or appeal court , is any court of law that is empowered to hear an appeal of a trial court or other lower tribunal...
(3) the Sacra Rota Romana, or Sacred Roman Rota, the highest court of appeals.