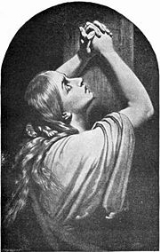 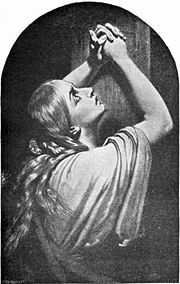 Sentimentality originally indicated the reliance on feelings as a guide to truth, but current usage defines it as an appeal to shallow, uncomplicated emotions at the expense of reason.

"A sentimentalist", Oscar Wilde
Oscar Wilde
Oscar Fingal O'Flahertie Wills Wilde was an Irish writer and poet. After writing in different forms throughout the 1880s, he became one of London's most popular playwrights in the early 1890s...
wrote, "is one who desires to have the luxury of an emotion without paying for it." James Baldwin
James Baldwin
James Baldwin was an American novelist, essayist and civil rights activist.James Baldwin may also refer to:-Writers:*James Baldwin , American educator, writer and administrator...
considered that 'Sentimentality, the ostentatious parading of excessive and spurious emotion, is the mark of dishonesty, the inability to feel...the mask of cruelty'.

In the mid-eighteenth century, 'a Lady Bradshage had written querulously to Richardson
Samuel Richardson
Samuel Richardson was an 18th-century English writer and printer. He is best known for his three epistolary novels: Pamela: Or, Virtue Rewarded , Clarissa: Or the History of a Young Lady and The History of Sir Charles Grandison...
: "What, in your opinion, is the meaning of the word sentimental, so much in vogue among the polite...Everything clever and agreeable is comprehended in that word...such a one is a sentimental man; we were a sentimental party"'.

The second half of the century saw the word become 'an international obsession', - part of 'the Enlightenment
Age of Enlightenment
The Age of Enlightenment was an elite cultural movement of intellectuals in 18th century Europe that sought to mobilize the power of reason in order to reform society and advance knowledge. It promoted intellectual interchange and opposed intolerance and abuses in church and state...
project of cultivating the soul of the subject toward a visceral capacity to embody, recognize, and sanction virtue'. Everywhere in the sentimental novel or the sentimental comedy, 'lively and effusive emotion is celebrated as evidence of a good heart'; while social and moral philosophers 'regarded sentimentality as a cure for solitude' and considered as a result 'sentimental passion and sympathy offered "a more inclusive vocabulary of social coherence" than politics could provide'.

By the close of the century, however, 'reaction against the uncontrolled excesses of sentimentalism' had set in; and 'the word "sentimental" came to mean "false and self-indulgent feeling", especially after Schiller's division (1795) of poets into two classes, the "naive" and the "sentimental"', the latter being seen as 'forced and artificial'.

In modern times "sentimental" is a pejorative
Pejorative
Pejoratives , including name slurs, are words or grammatical forms that connote negativity and express contempt or distaste. A term can be regarded as pejorative in some social groups but not in others, e.g., hacker is a term used for computer criminals as well as quick and clever computer experts...
term that has been casually applied to works of art and literature that exceed the viewer or reader's sense of decorum
Decorum
Decorum was a principle of classical rhetoric, poetry and theatrical theory that was about the fitness or otherwise of a style to a theatrical subject...
—the extent of permissible emotion—and standards of taste
Taste
Taste is one of the traditional five senses. It refers to the ability to detect the flavor of substances such as food, certain minerals, and poisons, etc....
: "excessiveness" is the criterion; "Meretricious" and "contrived" sham pathos
Pathos
Pathos represents an appeal to the audience's emotions. Pathos is a communication technique used most often in rhetoric , and in literature, film and other narrative art....
are the hallmark of sentimentality, where the morality that underlies the work is both intrusive and pat.

'Sentimentality often involves situations which evoke very intense feelings: love affairs, childbirth, death', but where the feelings are expressed with 'reduced intensity and duration of emotional experience...diluted to a safe strength by idealisation and simplification'.

Nevertheless, as a social force sentimentality is a hardy perennial, appearing for example as 'Romantic sentimentality...in the 1960s
1960s
The 1960s was the decade that started on January 1, 1960, and ended on December 31, 1969. It was the seventh decade of the 20th century.The 1960s term also refers to an era more often called The Sixties, denoting the complex of inter-related cultural and political trends across the globe...
slogans "flower power" and "make love not war"'. The Nineties public outpouring of grief at the death of Diana, 'when they go on about fake sentimentality in relation to Princess Diana', also raised issues about the 'powerful streak of sentimentality in the British character' - the extent to which 'sentimentality was a grand old national tradition'.

However in sociology
Sociology
Sociology is the study of society. It is a social science—a term with which it is sometimes synonymous—which uses various methods of empirical investigation and critical analysis to develop a body of knowledge about human social activity...
it is possible to see the "sentimental tradition" as extending into the present-day - to see, for example, 'Parsons
Talcott Parsons
Talcott Parsons was an American sociologist who served on the faculty of Harvard University from 1927 to 1973....
as one of the great social philosophers in the sentimental tradition of Adam Smith
Adam Smith
Adam Smith was a Scottish social philosopher and a pioneer of political economy. One of the key figures of the Scottish Enlightenment, Smith is the author of The Theory of Moral Sentiments and An Inquiry into the Nature and Causes of the Wealth of Nations...
, Burke
Edmund Burke
Edmund Burke PC was an Irish statesman, author, orator, political theorist and philosopher who, after moving to England, served for many years in the House of Commons of Great Britain as a member of the Whig party....
, McLuhan, and Goffman
Erving Goffman
Erving Goffman was a Canadian-born sociologist and writer.The 73rd president of American Sociological Association, Goffman's greatest contribution to social theory is his study of symbolic interaction in the form of dramaturgical perspective that began with his 1959 book The Presentation of Self...
...concerned with the relation between the rational and sentimental bases of social order raised by the market reorientation of motivation'. Francis Fukuyama
Francis Fukuyama
Yoshihiro Francis Fukuyama is an American political scientist, political economist, and author. He is a Senior Fellow at the Center on Democracy, Development and the Rule of Law at Stanford. Before that he served as a professor and director of the International Development program at the School of...
takes up the theme through the exploration of 'society's stock of shared values as social capital
Social capital
Social capital is a sociological concept, which refers to connections within and between social networks. The concept of social capital highlights the value of social relations and the role of cooperation and confidence to get collective or economic results. The term social capital is frequently...
'.

Complications enter into the ordinary view of sentimentality, however, when changes in fashion and setting— the "climate of thought"—intrude between the work and the reader. The view that sentimentality is relative is inherent in John Ciardi
John Ciardi
John Anthony Ciardi was an American poet, translator, and etymologist. While primarily known as a poet, he also translated Dante's Divine Comedy, wrote several volumes of children's poetry, pursued etymology, contributed to the Saturday Review as a columnist and long-time poetry editor, and...
's "sympathetic contract", in which the reader agrees to join with the writer when approaching a poem. The example of the death of Little Nell in Charles Dickens
Charles Dickens
Charles John Huffam Dickens was an English novelist, generally considered the greatest of the Victorian period. Dickens enjoyed a wider popularity and fame than had any previous author during his lifetime, and he remains popular, having been responsible for some of English literature's most iconic...
' The Old Curiosity Shop
The Old Curiosity Shop
The Old Curiosity Shop is a novel by Charles Dickens. The plot follows the life of Nell Trent and her grandfather, both residents of The Old Curiosity Shop in London....
(1840-41), "a scene that for many readers today might represent a defining instance of sentimentality", brought tears to the eye of many highly critical readers of the day. The reader of Dickens, Richard Holt Hutton
Richard Holt Hutton
Richard Holt Hutton was an English writer and theologian.The son of Joseph Hutton, Unitarian minister, he was born at Leeds. His family moved to London in 1835, and he was educated at University College School and University College, London, where he began a lifelong friendship with Walter...
observed, "has the painful impression of pathos feasting upon itself."

'Recent feminist theory has clarified the use of the term as it applies to the genre' of the sentimental novel, stressing the way that 'different cultural assumptions arising from the oppression of women gave liberating significance to the works' piety and mythical power to the ideals of the heroines'.

The sentimental fallacy is an ancient rhetoric
Rhetoric
Rhetoric is the art of discourse, an art that aims to improve the facility of speakers or writers who attempt to inform, persuade, or motivate particular audiences in specific situations. As a subject of formal study and a productive civic practice, rhetoric has played a central role in the Western...
al device that attributes human emotions, such as grief or anger, to the forces of nature. This is also known as the pathetic fallacy
Pathetic fallacy
The pathetic fallacy, anthropomorphic fallacy or sentimental fallacy is the treatment of inanimate objects as if they had human feelings, thought, or sensations. The pathetic fallacy is a special case of the fallacy of reification...
, 'a term coined by John Ruskin
John Ruskin
John Ruskin was the leading English art critic of the Victorian era, also an art patron, draughtsman, watercolourist, a prominent social thinker and philanthropist. He wrote on subjects ranging from geology to architecture, myth to ornithology, literature to education, and botany to political...
...for the practice of attributing human emotions to the inanimate or unintelligent world' - as in 'the sentimental poetic trope of the "pathetic fallacy", beloved of Theocritus
Theocritus
Theocritus , the creator of ancient Greek bucolic poetry, flourished in the 3rd century BC.-Life:Little is known of Theocritus beyond what can be inferred from his writings. We must, however, handle these with some caution, since some of the poems commonly attributed to him have little claim to...
, Virgil
Virgil
Publius Vergilius Maro, usually called Virgil or Vergil in English , was an ancient Roman poet of the Augustan period. He is known for three major works of Latin literature, the Eclogues , the Georgics, and the epic Aeneid...
and their successors' in the pastoral
Pastoral
The adjective pastoral refers to the lifestyle of pastoralists, such as shepherds herding livestock around open areas of land according to seasons and the changing availability of water and pasturage. It also refers to a genre in literature, art or music that depicts such shepherd life in an...
tradition.

The term is also used more indiscriminately to discredit any argument as being based on a misweighting of emotion: 'sentimental fallacies...that men, that we, are better - nobler - than we know ourselves to be'; 'the "sentimental fallacy" of constructing novels or plays "out of purely emotional patterns"'.