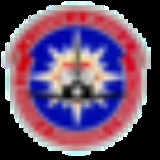 Encyclopedia
STS-30 was a NASA
NASA
The National Aeronautics and Space Administration is the agency of the United States government that is responsible for the nation's civilian space program and for aeronautics and aerospace research...
Space Shuttle
Space Shuttle
The Space Shuttle was a manned orbital rocket and spacecraft system operated by NASA on 135 missions from 1981 to 2011. The system combined rocket launch, orbital spacecraft, and re-entry spaceplane with modular add-ons...
mission, during which Space Shuttle Atlantis
Space Shuttle Atlantis
The Space Shuttle Atlantis is a retired Space Shuttle orbiter in the Space Shuttle fleet belonging to the National Aeronautics and Space Administration , the spaceflight and space exploration agency of the United States...
deployed the Venus
Venus
Venus is the second planet from the Sun, orbiting it every 224.7 Earth days. The planet is named after Venus, the Roman goddess of love and beauty. After the Moon, it is the brightest natural object in the night sky, reaching an apparent magnitude of −4.6, bright enough to cast shadows...
-bound Magellan
Magellan probe
The Magellan spacecraft, also referred to as the Venus Radar Mapper, was a 1,035-kilogram robotic space probe launched by NASA on May 4, 1989, to map the surface of Venus using Synthetic Aperture Radar and measure the planetary gravity...
probe into orbit. The mission launched from Kennedy Space Center
Kennedy Space Center
The John F. Kennedy Space Center is the NASA installation that has been the launch site for every United States human space flight since 1968. Although such flights are currently on hiatus, KSC continues to manage and operate unmanned rocket launch facilities for America's civilian space program...
, Florida
Florida
Florida is a state in the southeastern United States, located on the nation's Atlantic and Gulf coasts. It is bordered to the west by the Gulf of Mexico, to the north by Alabama and Georgia and to the east by the Atlantic Ocean. With a population of 18,801,310 as measured by the 2010 census, it...
, on 4 May 1989, and landed four days later. It was the 29th shuttle mission overall, and the fourth for Atlantis.

Atlantis spent three months in the Orbiter Processing Facility (OPF-2) after returning to the Kennedy Space Center at the end of STS-27
STS-27
STS-27 was a NASA Space Shuttle mission, the 27th shuttle mission overall and the third flight of Space Shuttle Atlantis. Launching on 2 December 1988 on a four-day mission, it was the second shuttle flight after the Space Shuttle Challenger disaster of 1986. STS-27 carried a classified payload for...
. During this period technicians got to work removing and replacing all of the damaged Thermal Protection System (TPS) tiles that Atlantis sustained during her prior flight. They also took detailed inspections of the shuttle while simultaneously preparing Atlantis for STS-30. The shuttle was rolled over to the Vehicle Assembly Building and mated with ET-29 and an SRB set on 11 March. Eleven days later on 22 March, Atlantis was rolled out to launch pad 39B.

Space Shuttle Atlantis lifted off from Pad B, Launch Complex 39 at Kennedy Space Center
Kennedy Space Center
The John F. Kennedy Space Center is the NASA installation that has been the launch site for every United States human space flight since 1968. Although such flights are currently on hiatus, KSC continues to manage and operate unmanned rocket launch facilities for America's civilian space program...
(KSC), Florida, at 14:48 EDT on 4 May 1989. The primary payload, the Magellan
Magellan probe
The Magellan spacecraft, also referred to as the Venus Radar Mapper, was a 1,035-kilogram robotic space probe launched by NASA on May 4, 1989, to map the surface of Venus using Synthetic Aperture Radar and measure the planetary gravity...
spacecraft with its attached Inertial Upper Stage
Inertial Upper Stage
The Inertial Upper Stage , originally known as the Interim Upper Stage, is a two-stage solid-fueled booster rocket developed by the U.S...
(IUS), was successfully deployed later that day. STS-30 was the first American planetary mission in 11 years.

The launch was originally scheduled for 28 April, the first day of a 31-day launch period when Earth and Venus were properly aligned. However, the liftoff was scrubbed at T-31 seconds because of a problem with the liquid hydrogen recirculation pump on Space Shuttle Main Engine (SSME) No. 1, and a vapor leak in the liquid hydrogen recirculation line between the orbiter and external tank
Space Shuttle external tank
A Space Shuttle External Tank is the component of the Space Shuttle launch vehicle that contains the liquid hydrogen fuel and liquid oxygen oxidizer. During lift-off and ascent it supplies the fuel and oxidizer under pressure to the three Space Shuttle Main Engines in the orbiter...
. On the rescheduled
liftoff date of 4 May 1989, the launch was again delayed until the final five minutes of the launch window due to cloud cover and excessive crosswinds at KSC's Shuttle Landing Facility (SLF). Good landing conditions were required at the SLF in case of a Return To Launch Site (RTLS) abort early in the flight.

The only major glitch during the flight occurred on 7 May 1989, when one of the four general-purpose computers programmed to operate the orbiter failed. The shuttle crew replaced the computer, part of a redundant set, with a backup one. It was the first time a computer had been replaced while in orbit. The glitch had no impact on the crew's safety or the primary objectives of the mission, although some of the activities involved in conducting experiments had to be canceled while the crew was replacing the computer. There also was no impact to the mission when one of the three thrusters on Atlantis aft right-hand Orbital Maneuvering System (OMS) pod failed during ascent.

However, the STS-30 crew experienced several minor annoyances. A Hasselblad
Hasselblad
Victor Hasselblad AB is a Swedish manufacturer of medium-format cameras and photographic equipment based in Gothenburg, Sweden.The company is best known for the medium-format cameras it has produced since World War II....
camera used to photograph sites on Earth had to be stowed for the remainder of the mission after a shutter stuck during the crew's third day in space. The Text and Graphics Systems (TAGS), a device to send images and graphics to the orbiter from Mission Control, had to be turned off on Flight Day 2 because of a paper jam. Commander Walker and Pilot Grabe had problems with a device used to take measurements of central venous pressure to determine the effects of microgravity on the cardiovascular system. On the second full day in space, the water dispensing system in the galley malfunctioned, causing some difficulties for the crew in preparing meals.

Atlantis touched down at Runway 22, Edwards Air Force Base
Edwards Air Force Base
Edwards Air Force Base is a United States Air Force base located on the border of Kern County, Los Angeles County, and San Bernardino County, California, in the Antelope Valley. It is southwest of the central business district of North Edwards, California and due east of Rosamond.It is named in...
, California
California
California is a state located on the West Coast of the United States. It is by far the most populous U.S. state, and the third-largest by land area...
, on 8 May 1989, at 15:43 EDT. Minutes before landing, the runway had to be switched from 17 to 22 due to high crosswinds. The mission lasted a total of 4 days and 56 minutes.

The Magellan spacecraft was deployed from the shuttle's payload bay at 6 hours, 14 minutes, into the mission. Two successive IUS propulsion burns placed the spacecraft on its
trajectory to Venus
Venus
Venus is the second planet from the Sun, orbiting it every 224.7 Earth days. The planet is named after Venus, the Roman goddess of love and beauty. After the Moon, it is the brightest natural object in the night sky, reaching an apparent magnitude of −4.6, bright enough to cast shadows...
about an hour later. Magellan arrived at Venus
in August 1990 and began a 243-day mission of mapping the
planet's surface with radar
Radar
Radar is an object-detection system which uses radio waves to determine the range, altitude, direction, or speed of objects. It can be used to detect aircraft, ships, spacecraft, guided missiles, motor vehicles, weather formations, and terrain. The radar dish or antenna transmits pulses of radio...

Three mid-deck experiments were included on the mission. All had
flown before. Mission Specialist Cleave used a portable laptop computer to operate and monitor the Fluids Experiment Apparatus
(FEA). An 8-millimeter video camcorder, flown for the first time on
the Shuttle, provided the opportunity for the crew to record and
downlink on-orbit activities such as the FEA, which was a joint
endeavor between Rockwell International
Rockwell International
Rockwell International was a major American manufacturing conglomerate in the latter half of the 20th century, involved in aircraft, the space industry, both defense-oriented and commercial electronics, automotive and truck components, printing presses, valves and meters, and industrial automation....
and NASA. Payload bay video
cameras were used to record storm systems from orbit as part of the Mesoscale
Lightning Experiment. Atlantis was also used as a calibration target for a
third experiment involving ground-based electro-optical sensors at
the US Air Force Maui Optical Station in Hawaii
Hawaii
Hawaii is the newest of the 50 U.S. states , and is the only U.S. state made up entirely of islands. It is the northernmost island group in Polynesia, occupying most of an archipelago in the central Pacific Ocean, southwest of the continental United States, southeast of Japan, and northeast of...
.