Encyclopedia
Physical force Irish republicanism, is a term used to describe the recurring appearance of non-parliamentary violent insurrection in Ireland between 1798 and the present. It is often described as a rival to parliamentary nationalism which for most of the period drew the predominant amount of support from Irish nationalists.


The most prominent physical force rebellions and campaigns were:

It was the Volunteers of 1782 which would launch a paramilitary tradition in Irish politics, a tradition, whether nationalist of unionist, has continued to shape Irish political activity with the ethos of "the force of argument had been trumped by the argument of force". Irish republicanism an offspring of the Volunteers of 1782, owes much to influences of both the American and French revolutions.

The United Irishmen of 1798 were a mass movement, largely led by liberal Protestants, who desired to "break the connection with England" and found a non-sectarian Irish Republic. To this end, they secured French military aid and launched their own rebellion. Robert Emmett's abortive rebellion of 1803 was essentially an aftershock of the 1798 rebellion. It was confined to a skirmish in Dublin, after which Emmett was hanged.

The 1916 Easter Rising
Easter Rising
The Easter Rising was an insurrection staged in Ireland during Easter Week, 1916. The Rising was mounted by Irish republicans with the aims of ending British rule in Ireland and establishing the Irish Republic at a time when the British Empire was heavily engaged in the First World War...
was launched by the IRB, the Irish Volunteers
Irish Volunteers
The Irish Volunteers was a military organisation established in 1913 by Irish nationalists. It was ostensibly formed in response to the formation of the Ulster Volunteers in 1912, and its declared primary aim was "to secure and maintain the rights and liberties common to the whole people of Ireland"...
and the Irish Citizen Army
Irish Citizen Army
The Irish Citizen Army , or ICA, was a small group of trained trade union volunteers established in Dublin for the defence of worker’s demonstrations from the police. It was formed by James Larkin and Jack White. Other prominent members included James Connolly, Seán O'Casey, Constance Markievicz,...
. It had a dramatic impact in achieving Irish independence. With the execution of its leaders, the backlash against the brutality of the British response was a factor in allowing surviving rising leader Éamon de Valera
Éamon de Valera
Éamon de Valera was one of the dominant political figures in twentieth century Ireland, serving as head of government of the Irish Free State and head of government and head of state of Ireland...
to win a majority for the separatist Sinn Féin
Sinn Féin
Sinn Féin is a left wing, Irish republican political party in Ireland. The name is Irish for "ourselves" or "we ourselves", although it is frequently mistranslated as "ourselves alone". Originating in the Sinn Féin organisation founded in 1905 by Arthur Griffith, it took its current form in 1970...
party in the 1918 general election
United Kingdom general election, 1918
The United Kingdom general election of 1918 was the first to be held after the Representation of the People Act 1918, which meant it was the first United Kingdom general election in which nearly all adult men and some women could vote. Polling was held on 14 December 1918, although the count did...
. Sinn Féin then declared the Irish Republic
Irish Republic
The Irish Republic was a revolutionary state that declared its independence from Great Britain in January 1919. It established a legislature , a government , a court system and a police force...
to be in existence. Its parliament, the First Dáil
First Dáil
The First Dáil was Dáil Éireann as it convened from 1919–1921. In 1919 candidates who had been elected in the Westminster elections of 1918 refused to recognise the Parliament of the United Kingdom and instead assembled as a unicameral, revolutionary parliament called "Dáil Éireann"...
first met in 1919, and the British declared it an illegal assembly shortly afterwards. At around the same time, the Volunteers, now organised as the Irish Republican Army
Irish Republican Army
The Irish Republican Army was an Irish republican revolutionary military organisation. It was descended from the Irish Volunteers, an organisation established on 25 November 1913 that staged the Easter Rising in April 1916...
began a guerrilla war, the Irish War of Independence
Irish War of Independence
The Irish War of Independence , Anglo-Irish War, Black and Tan War, or Tan War was a guerrilla war mounted by the Irish Republican Army against the British government and its forces in Ireland. It began in January 1919, following the Irish Republic's declaration of independence. Both sides agreed...
(1919–1921), against the British Government in Ireland. By July 1921, the campaign had brought the British Government to the conclusion that it would have to negotiate with the Dáil to end the violence. 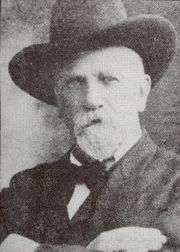 The war was ended with the signing of the Anglo-Irish Treaty
Anglo-Irish Treaty
The Anglo-Irish Treaty , officially called the Articles of Agreement for a Treaty Between Great Britain and Ireland, was a treaty between the Government of the United Kingdom of Great Britain and Ireland and representatives of the secessionist Irish Republic that concluded the Irish War of...
, which created an independent Irish dominion known as the Irish Free State
Irish Free State
The Irish Free State was the state established as a Dominion on 6 December 1922 under the Anglo-Irish Treaty, signed by the British government and Irish representatives exactly twelve months beforehand...
for 26 of Ireland's 32 counties. The remaining 6 were to remain in the UK as Northern Ireland
Northern Ireland
Northern Ireland is one of the four countries of the United Kingdom. Situated in the north-east of the island of Ireland, it shares a border with the Republic of Ireland to the south and west...
. The Treaty was narrowly passed in the Dáil in January 1922. While the leadership of the IRA, Michael Collins
Michael Collins (Irish leader)
Michael "Mick" Collins was an Irish revolutionary leader, Minister for Finance and Teachta Dála for Cork South in the First Dáil of 1919, Director of Intelligence for the IRA, and member of the Irish delegation during the Anglo-Irish Treaty negotiations. Subsequently, he was both Chairman of the...
and Richard Mulcahy
Richard Mulcahy
Richard James Mulcahy was an Irish politician, army general and commander in chief, leader of Fine Gael and Cabinet Minister...
, in the forefront in accepting the treaty, the majority of the Army did not accept the abolition of the Irish Republic. In April 1922, they formed their own "Army Executive" and renounced the authority of the Dáil to accept the Treaty. Political leaders such as Éamon de Valera
Éamon de Valera
Éamon de Valera was one of the dominant political figures in twentieth century Ireland, serving as head of government of the Irish Free State and head of government and head of state of Ireland...
and Cathal Brugha
Cathal Brugha
Cathal Brugha was an Irish revolutionary and politician, active in the Easter Rising, Irish War of Independence, and the Irish Civil War and was the first Ceann Comhairle of Dáil Éireann.-Background:...
, also unhappy with the Treaty, supported their actions. These tensions ultimately plunged the new Irish state into civil war
Irish Civil War
The Irish Civil War was a conflict that accompanied the establishment of the Irish Free State as an entity independent from the United Kingdom within the British Empire....
(1922–1923). Ultimately, the Irish Free State put down the Anti-treaty IRA and ended the war by May 1923, though not before the deaths of many of those who had fought together in 1919-1921.

Physical force republicanism continued on after 1923. As a result of the Treaty and the Civil War, Republicans saw both states in Ireland as being British imposed "imperialist" proxies. However, by the 1930s the bulk of the Civil War Anti-Treaty republicans had accepted the Irish Free state and entered its government as Fianna Fáil
Fianna Fáil
Fianna Fáil – The Republican Party , more commonly known as Fianna Fáil is a centrist political party in the Republic of Ireland, founded on 23 March 1926. Fianna Fáil's name is traditionally translated into English as Soldiers of Destiny, although a more accurate rendition would be Warriors of Fál...
. The remnants of the IRA continued to see themselves as the Army of the Irish Republic, temporarily suppressed by force of arms (though they too banned armed action by their members against the southern Irish state in 1948). They launched unsuccessful armed campaigns in England in the 1940s and in Northern Ireland
Northern Ireland
Northern Ireland is one of the four countries of the United Kingdom. Situated in the north-east of the island of Ireland, it shares a border with the Republic of Ireland to the south and west...
in the 1950s aimed at achieving a United Ireland
United Ireland
A united Ireland is the term used to refer to the idea of a sovereign state which covers all of the thirty-two traditional counties of Ireland. The island of Ireland includes the territory of two independent sovereign states: the Republic of Ireland, which covers 26 counties of the island, and the...
. The Irish Republican Army (1922-1969) and its political wing, Sinn Féin
Sinn Féin
Sinn Féin is a left wing, Irish republican political party in Ireland. The name is Irish for "ourselves" or "we ourselves", although it is frequently mistranslated as "ourselves alone". Originating in the Sinn Féin organisation founded in 1905 by Arthur Griffith, it took its current form in 1970...
went through periodic splits, most dramatically in 1969 when two IRAs emerged, the Official IRA
Official IRA
The Official Irish Republican Army or Official IRA is an Irish republican paramilitary group whose goal was to create a "32-county workers' republic" in Ireland. It emerged from a split in the Irish Republican Army in December 1969, shortly after the beginning of "The Troubles"...
(OIRA) and the Provisional IRA (PIRA), along with two Sinn Féins; Sinn Féin - Gardiner Place or Official Sinn Féin and Sinn Féin - Kevin St or Provisional Sinn Féin.

While the "Official" republican movement wanted to move away from traditional physical force republicanism and towards Marxist political activism, the "Provisionals", reacting to the outbreak of communal violence in Northern Ireland known as the Troubles, wanted to first defend the Catholic population of the North from attack and then launch an armed offensive against British rule there. The PIRA proceeded to do this from 1969 until 1997 (see Provisional IRA campaign 1969-1997), when it called a ceasefire. The PIRA is responsible for roughly 1,800 deaths in the "Troubles". Its political wing, Sinn Féin entered negotiations towards a political settlement in Northern Ireland.

In 2005 Sinn Féin leader Gerry Adams
Gerry Adams
Gerry Adams is an Irish republican politician and Teachta Dála for the constituency of Louth. From 1983 to 1992 and from 1997 to 2011, he was an abstentionist Westminster Member of Parliament for Belfast West. He is the president of Sinn Féin, the second largest political party in Northern...
called on the Provisional IRA to move from physical force activity to exclusively democratic means. Three months later the IRA Army Council
IRA Army Council
The IRA Army Council was the decision-making body of the Provisional Irish Republican Army, more commonly known as the IRA, a paramilitary group dedicated to bringing about the end of the Union between Northern Ireland and the rest of the United Kingdom. The council had seven members, said by the...
announced an end to the IRA's armed campaign, stating that it would work to achieve its aims using "purely political and democratic programmes through exclusively peaceful means" and that IRA "Volunteers must not engage in any other activities whatsoever." 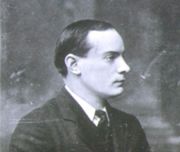 Another small splinter group emerged from the Provisional IRA in 1998, when it was clear that the organisation was preparing to accept a political solution short of a united Ireland. This group of disaffected PIRA members called themselves the Real IRA and want to continue "armed struggle" against British rule in Northern Ireland. Neither the CIRA nor the RIRA have the support, numbers or capability once possessed by the Provisional IRA.