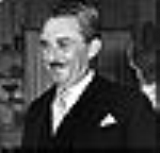 Born in Kherson
Kherson
Kherson is a city in southern Ukraine. It is the administrative center of the Kherson Oblast , and is designated as its own separate raion within the oblast. Kherson is an important port on the Black Sea and Dnieper River, and the home of a major ship-building industry...
in the Russian Empire
Russian Empire
The Russian Empire was a state that existed from 1721 until the Russian Revolution of 1917. It was the successor to the Tsardom of Russia and the predecessor of the Soviet Union...
(today in Ukraine
Ukraine
Ukraine is a country in Eastern Europe. It has an area of 603,628 km², making it the second largest contiguous country on the European continent, after Russia...
), Sharett emigrated to Ottoman-controlled Palestine
Palestine
Palestine is a conventional name, among others, used to describe the geographic region between the Mediterranean Sea and the Jordan River, and various adjoining lands....
in 1906. In 1910 his family moved to Jaffa
Jaffa
Jaffa is an ancient port city believed to be one of the oldest in the world. Jaffa was incorporated with Tel Aviv creating the city of Tel Aviv-Yafo, Israel. Jaffa is famous for its association with the biblical story of the prophet Jonah.-Etymology:...
, and they became one of the founding families of Tel Aviv
Tel Aviv
Tel Aviv , officially Tel Aviv-Yafo , is the second most populous city in Israel, with a population of 404,400 on a land area of . The city is located on the Israeli Mediterranean coastline in west-central Israel. It is the largest and most populous city in the metropolitan area of Gush Dan, with...
.

He graduated from the first class of the Herzliya Hebrew High School
Herzliya Hebrew High School
The Herzliya Hebrew Gymnasium , originally known as HaGymnasia HaIvrit is a historic high school in Tel Aviv, Israel.-History:...
, even studying music at the Shulamit Conservatory. He then went off to Istanbul
Istanbul
Istanbul , historically known as Byzantium and Constantinople , is the largest city of Turkey. Istanbul metropolitan province had 13.26 million people living in it as of December, 2010, which is 18% of Turkey's population and the 3rd largest metropolitan area in Europe after London and...
to study law at the University of Kushta (now Istanbul University
Istanbul University
Istanbul University is a Turkish university located in Istanbul. The main campus is adjacent to Beyazıt Square.- Synopsis :A madrasa, a religious school, was established sometime in the 15th century after the Ottoman conquest of Constantinople. An institution of higher education named the...
), the same university yjsy Yitzhak Ben-Zvi
Yitzhak Ben-Zvi
Yitzhak Ben-Zvi was a historian, Labor Zionist leader, the second and longest-serving President of Israel.-Biography:...
and David Ben Gurion studied at. However, his time there was cut short due to the outbreak of World War I. He subsequently served as a 1st Lt., interpreter in the Turkish army
Turkish Army
The Turkish Army or Turkish Land Forces is the main branch of the Turkish Armed Forces responsible for land-based military operations. The modern history of the army began with its formation after the collapse of the Ottoman Empire...
. 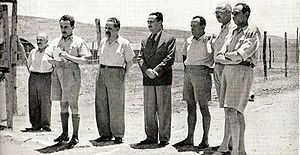 After the war, he worked as an Arab affairs and land purchase agent for the Assembly of Representatives of the Yishuv
Yishuv
The Yishuv or Ha-Yishuv is the term referring to the body of Jewish residents in Palestine before the establishment of the State of Israel...
. He also became a member of Ahdut Ha'Avoda, and later of Mapai
Mapai
Mapai was a left-wing political party in Israel, and was the dominant force in Israeli politics until its merger into the Israeli Labor Party in 1968...
.

In 1922 he went to the London School of Economics
London School of Economics
The London School of Economics and Political Science is a public research university specialised in the social sciences located in London, United Kingdom, and a constituent college of the federal University of London...
, and while there he actively edited the Workers of Zion. He then edited the Davar
Davar
Davar was a Hebrew-language daily newspaper published in the Mandate Palestine and Israel between 1925 and May 1996.-History:Davar was established by Moshe Beilinson and Berl Katznelson, with Katznelson as its first editor. The first edition was published on 1 June 1925 under the name Davar - Iton...
newspaper from 1925 until 1931.

In 1931, after returning to Palestine
Palestine
Palestine is a conventional name, among others, used to describe the geographic region between the Mediterranean Sea and the Jordan River, and various adjoining lands....
, he became the secretary of the Jewish Agency's political department. In 1933 he became its head, and he held that position until the formation of Israel in 1948.

Sharett was one of the signatories of Israel's Declaration of Independence. He was first elected to the Knesset
Knesset
The Knesset is the unicameral legislature of Israel, located in Givat Ram, Jerusalem.-Role in Israeli Government :The legislative branch of the Israeli government, the Knesset passes all laws, elects the President and Prime Minister , approves the cabinet, and supervises the work of the government...
in 1949, and served as Israel's first Minister of Foreign Affairs. In this role he established diplomatic relations with dozens of nations, and got Israel into the UN. He held this role until 1956.

In the debate on how to deal with the increasing infiltration of fedayeen
Palestinian fedayeen
Palestinian fedayeen refers to militants or guerrillas of a nationalist orientation from among the Palestinian people...
across the borders in the years leading to the 1956 Suez Crisis
Suez Crisis
The Suez Crisis, also referred to as the Tripartite Aggression, Suez War was an offensive war fought by France, the United Kingdom, and Israel against Egypt beginning on 29 October 1956. Less than a day after Israel invaded Egypt, Britain and France issued a joint ultimatum to Egypt and Israel,...
, Sharett was skeptical of retaliatory operations.

Sharrett met with Pius XII in 1952 in an attempt to improve relations with the Holy See
Holy See
The Holy See is the episcopal jurisdiction of the Catholic Church in Rome, in which its Bishop is commonly known as the Pope. It is the preeminent episcopal see of the Catholic Church, forming the central government of the Church. As such, diplomatically, and in other spheres the Holy See acts and...
, although this was to no avail.

In December 1953 David Ben-Gurion
David Ben-Gurion
' was the first Prime Minister of Israel.Ben-Gurion's passion for Zionism, which began early in life, led him to become a major Zionist leader and Executive Head of the World Zionist Organization in 1946...
retired from politics (temporarily as it turned out), and Sharett was elected to take his place. During his time as prime minister the Palestinian-Israeli conflict intensified and the Lavon Affair
Lavon Affair
The Lavon Affair refers to a failed Israeli covert operation, code named Operation Susannah, conducted in Egypt in the Summer of 1954. As part of the false flag operation, a group of Egyptian Jews were recruited by Israeli military intelligence for plans to plant bombs inside Egyptian, American and...
occurred. As a result David Ben-Gurion returned to the government as Defense Minister. At the next elections Ben Gurion replaced Sharett as head of the list and became prime minister. 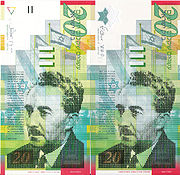 Sharett wrote personal diaries, which were published posthumously. His son Yaakov founded an Institute for his heritage. Many cities have streets and neighborhoods named after him.

Since 1987, Sharett has appeared on the 20 NIS
Israeli new sheqel
The Israeli New Shekel is the currency of the State of Israel. The shekel is divided into 100 agorot...
bills. The bill first featured Sharett, with the names of his books in small print, and with a small image of him presenting the Israeli flag to the United Nations in 1949. On the back of the bill, there was an image of the Herzliya Hebrew High School, from which he graduated.

In 1998 the bill went through a graphic revision, the list of Sharett's books on the front side was replaced by part of Sharett's 1949 speech in the UN. The back side now features an image of Jewish Brigade
Jewish Brigade
The Jewish Infantry Brigade Group was a military formation of the British Army that served in Europe during the Second World War. The brigade was formed in late 1944, and its personnel fought the Germans in Italy...
volunteers, part of a speech by Sharett on the radio after visiting the Brigade in Italy, and the list of his books in small print.

In 2005, he was voted the 150th-greatest Israeli of all time, in a poll by the Israeli news website Ynet
Ynet
Ynet is the most popular Israeli news and general content website. It is owned by the same conglomerate that operates Yediot Ahronot, the country's secondleading daily newspaper...
to determine whom the general public considered the 200 Greatest Israelis.