Encyclopedia
Looting—also referred to as sacking, plundering, despoiling, despoliation, and pillaging—is the indiscriminate taking of goods by force as part of a military or political victory, or during a catastrophe, such as during war
War
War is a state of organized, armed, and often prolonged conflict carried on between states, nations, or other parties typified by extreme aggression, social disruption, and usually high mortality. War should be understood as an actual, intentional and widespread armed conflict between political...
, natural disaster
Natural disaster
A natural disaster is the effect of a natural hazard . It leads to financial, environmental or human losses...
, or rioting. The term is also used in a broader sense, to describe egregious instances of theft
Theft
In common usage, theft is the illegal taking of another person's property without that person's permission or consent. The word is also used as an informal shorthand term for some crimes against property, such as burglary, embezzlement, larceny, looting, robbery, shoplifting and fraud...
and embezzlement
Embezzlement
Embezzlement is the act of dishonestly appropriating or secreting assets by one or more individuals to whom such assets have been entrusted....
, such as the "plundering" of private or public assets by corrupt or greedy authorities.
Looting is loosely distinguished from scavenging by the objects taken; scavenging implies taking of essential items such as food, water, shelter, or other material needed for survival while looting implies items of luxury or not necessary for survival such as art work, precious metal
Precious metal
A precious metal is a rare, naturally occurring metallic chemical element of high economic value.Chemically, the precious metals are less reactive than most elements, have high lustre, are softer or more ductile, and have higher melting points than other metals...
s or other valuables. The proceeds of all these activities can be described as loot, plunder, or pillage.

Looting originally referred primarily to the plundering of villages and cities not only by victorious troops during warfare, but also by civilian members of the community (for example, see War and Peace
War and Peace
War and Peace is a novel by the Russian author Leo Tolstoy, first published in 1869. The work is epic in scale and is regarded as one of the most important works of world literature...
, which describes widespread looting by Moscow
Moscow
Moscow is the capital, the most populous city, and the most populous federal subject of Russia. The city is a major political, economic, cultural, scientific, religious, financial, educational, and transportation centre of Russia and the continent...
's citizens before Napoleon's troops enter the town, and looting by French troops elsewhere; also note the looting of art treasures by the Nazis
Nazi plunder
Nazi plunder refers to art theft and other items stolen as a result of the organized looting of European countries during the time of the Third Reich by agents acting on behalf of the ruling Nazi Party of Germany. Plundering occurred from 1933 until the end of World War II, particularly by military...
during WWII). Piracy
Piracy
Piracy is an act of robbery or criminal violence at sea. The term can include acts committed on land, in the air, or in other major bodies of water or on a shore. It does not normally include crimes committed against persons traveling on the same vessel as the perpetrator...
is a form of looting organized by ships on the high seas outside the control of a sovereign government. The Hague Convention of 1907
Hague Conventions (1899 and 1907)
The Hague Conventions were two international treaties negotiated at international peace conferences at The Hague in the Netherlands: The First Hague Conference in 1899 and the Second Hague Conference in 1907...
and the Fourth Geneva Convention
Fourth Geneva Convention
The Geneva Convention relative to the Protection of Civilian Persons in Time of War, commonly referred to as the Fourth Geneva Convention and abbreviated as GCIV, is one of the four treaties of the Geneva Conventions. It was adopted in August 1949, and defines humanitarian protections for civilians...
of 1949, both explicitly ban "pillage" by hostile armies. A common way to avoid this is to establish Custodian of Enemy Property
Custodian of Enemy Property
The Custodian of Enemy Property is an institution that handles property claims created by war. In wartime,civilian property may be left behind or taken by the occupying state. In ancient times, such property was considered war loot, and the legal right of the winner...
, which handle the property until it can be returned.

Looting can also refer to antiquities
Antiquities
Antiquities, nearly always used in the plural in this sense, is a term for objects from Antiquity, especially the civilizations of the Mediterranean: the Classical antiquity of Greece and Rome, Ancient Egypt and the other Ancient Near Eastern cultures...
formerly removed from countries by outsiders, such as some of the contents of Egyptian tombs which were transported to museums in Europe. Other examples include the obelisks of Pharaoh Amenhotep II
Amenhotep II
Amenhotep II was the seventh Pharaoh of the 18th dynasty of Egypt. Amenhotep inherited a vast kingdom from his father Thutmose III, and held it by means of a few military campaigns in Syria; however, he fought much less than his father, and his reign saw the effective cessation of hostilities...
, in the (Oriental Museum, University of Durham, United Kingdom), Pharaoh Ptolemy IX, (Philae
Philae
Philae is an island in the Nile River and the previous site of an Ancient Egyptian temple complex in southern Egypt...
Obelisk, in Wimborne, Dorset, United Kingdom). Recent controversies include the major part of the architectural sculptures adorning the Parthenon
Parthenon
The Parthenon is a temple on the Athenian Acropolis, Greece, dedicated to the Greek goddess Athena, whom the people of Athens considered their virgin patron. Its construction began in 447 BC when the Athenian Empire was at the height of its power. It was completed in 438 BC, although...
, often called the "Elgin Marbles
Elgin Marbles
The Parthenon Marbles, forming a part of the collection known as the Elgin Marbles , are a collection of classical Greek marble sculptures , inscriptions and architectural members that originally were part of the Parthenon and other buildings on the Acropolis of Athens...
", removed by Lord Elgin
Thomas Bruce, 7th Earl of Elgin
Thomas Bruce, 7th Earl of Elgin and 11th Earl of Kincardine was a Scottish nobleman and diplomat, known for the removal of marble sculptures from the Parthenon in Athens. Elgin was the second son of Charles Bruce, 5th Earl of Elgin and his wife Martha Whyte...
, later sold to the British Museum
British Museum
The British Museum is a museum of human history and culture in London. Its collections, which number more than seven million objects, are amongst the largest and most comprehensive in the world and originate from all continents, illustrating and documenting the story of human culture from its...
, and claimed by Greece
Greece
Greece , officially the Hellenic Republic , and historically Hellas or the Republic of Greece in English, is a country in southeastern Europe....
that they should be returned.

In the aftermath of the Second World War
World War II
World War II, or the Second World War , was a global conflict lasting from 1939 to 1945, involving most of the world's nations—including all of the great powers—eventually forming two opposing military alliances: the Allies and the Axis...
Soviet forces had engaged in systematic plunder of Germany
Germany
Germany , officially the Federal Republic of Germany , is a federal parliamentary republic in Europe. The country consists of 16 states while the capital and largest city is Berlin. Germany covers an area of 357,021 km2 and has a largely temperate seasonal climate...
, including the Recovered Territories
Recovered Territories
Recovered or Regained Territories was an official term used by the People's Republic of Poland to describe those parts of pre-war Germany that became part of Poland after World War II...
which were to be transferred to Poland, stripping it of valuable industrial equipment, infrastructure and factories and sending them to the Soviet Union.

During a disaster, police and military authorities are sometimes unable to prevent looting when they are overwhelmed by humanitarian or combat concerns, or cannot be summoned due to damaged communications infrastructure. Especially during natural disasters, some people find themselves forced to take what is not theirs in order to survive. How to respond to this is often a dilemma for the authorities. In other cases, looting may be tolerated or even encouraged by authorities for political or other reasons. 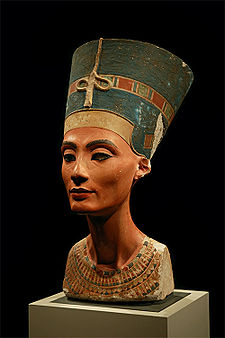