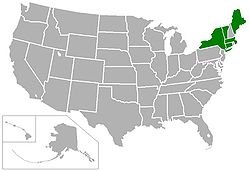 Little Ivies is a colloquialism referring to a group of small, selective American liberal arts colleges; however, it does not denote any official organization.


Some schools that are often called "Little Ivies" include:


Founding of the institutions

Note Founding dates and religious affiliations are those stated by the institution itself. Many of them had complex histories in their early years and the stories of their origins are subject to interpretation. See footnotes for details where appropriate. "Religious affiliation" refers to financial sponsorship, formal association with, and promotion by, a religious denomination. All of the "Little Ivies" are private and not currently associated with any religion.

The schools of the Seven Sisters
Seven Sisters (colleges)
The Seven Sisters are seven liberal arts colleges in the Northeastern United States that are historically women's colleges. They are Barnard College, Bryn Mawr College, Mount Holyoke College, Radcliffe College, Smith College, Vassar College, and Wellesley College. All were founded between 1837 and...
, historically women's colleges, could be considered a counterpart of the Little Ivies. Schools in this group are occasionally described as "little Ivies" themselves; for example, the Business Times
Business Times (Singapore)
The Business Times of Singapore is an English-language newspaper published since 1 October 1976 . In 1 January 1994, it became the first English-language newspaper in Asia to launch an online news service called Business Times Online. It is part of the Singapore Press Holdings group.-External links:*...
of Singapore mentions "Amherst, Williams, Smith, Wesleyan and Swarthmore" as examples.