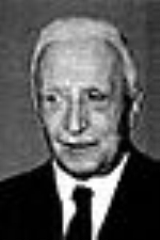 List of Presidents of the Italian Republic
Topic Home
Discussion
0

The eleven Presidents came from only five Regions
Regions of Italy
The regions of Italy are the first-level administrative divisions of the state, constituting its first NUTS administrative level. There are twenty regions, of which five are constitutionally given a broader amount of autonomy granted by special statutes....
: three from Campania
Campania
Campania is a region in southern Italy. The region has a population of around 5.8 million people, making it the second-most-populous region of Italy; its total area of 13,590 km² makes it the most densely populated region in the country...
(all born in Naples) and Piedmont
Piedmont
Piedmont is one of the 20 regions of Italy. It has an area of 25,402 square kilometres and a population of about 4.4 million. The capital of Piedmont is Turin. The main local language is Piedmontese. Occitan is also spoken by a minority in the Occitan Valleys situated in the Provinces of...
, two from Sardinia
Sardinia
Sardinia is the second-largest island in the Mediterranean Sea . It is an autonomous region of Italy, and the nearest land masses are the French island of Corsica, the Italian Peninsula, Sicily, Tunisia and the Spanish Balearic Islands.The name Sardinia is from the pre-Roman noun *sard[],...
(both born in Sassari) and Tuscany
Tuscany
Tuscany is a region in Italy. It has an area of about 23,000 square kilometres and a population of about 3.75 million inhabitants. The regional capital is Florence ....
, and one from Liguria
Liguria
Liguria is a coastal region of north-western Italy, the third smallest of the Italian regions. Its capital is Genoa. It is a popular region with tourists for its beautiful beaches, picturesque little towns, and good food.-Geography:...
.


Presidents of the Italian Republic
Italy
Italy , officially the Italian Republic languages]] under the European Charter for Regional or Minority Languages. In each of these, Italy's official name is as follows:;;;;;;;;), is a unitary parliamentary republic in South-Central Europe. To the north it borders France, Switzerland, Austria and...
(1946–Present)


Substitution of the Head of State

Sometimes in the Italian republican history, various politicians had to substitute for the Head of State who had dismissed. But only Enrico De Nicola
Enrico De Nicola
Enrico Roberto De Nicola was an Italian jurist, journalist, politician, and the first provisional Head of State of the newborn republic of Italy from 1946 to 1948.-Biography:...
, who was elected as Provisional Head of State by the Constitutional Assembly on June 28, 1946, had an official title and placed his residence in the Quirinal Palace. All the other men took only the powers, but not the title, of Head of State. After the adoption of the Italian Constitution in 1948, the President of the Senate is eligible to take the powers of Head of State in case of absence of the President of the Republic.