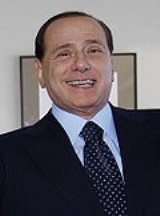 Encyclopedia
The Prime Minister of Italy (Italian: Presidente del Consiglio dei Ministri, literally President of the Council of Ministers) is the head of government
Head of government
Head of government is the chief officer of the executive branch of a government, often presiding over a cabinet. In a parliamentary system, the head of government is often styled prime minister, chief minister, premier, etc...
of the Italian Republic
Italy
Italy , officially the Italian Republic languages]] under the European Charter for Regional or Minority Languages. In each of these, Italy's official name is as follows:;;;;;;;;), is a unitary parliamentary republic in South-Central Europe. To the north it borders France, Switzerland, Austria and...
. The formal Italian order of precedence
Italian order of precedence
The Italian order of precedence is fixed partly by Royal Decree no. 2210 of December 16, 1927 and partly by the praxis. It is a hierarchy of officials in the Italian Republic used to direct protocol.#The President of the Republic...
lists the office as being ceremonially the fourth most important Italian state office, although in practice the prime minister
Prime minister
A prime minister is the most senior minister of cabinet in the executive branch of government in a parliamentary system. In many systems, the prime minister selects and may dismiss other members of the cabinet, and allocates posts to members within the government. In most systems, the prime...
is the most powerful, and thus de facto
De facto
De facto is a Latin expression that means "concerning fact." In law, it often means "in practice but not necessarily ordained by law" or "in practice or actuality, but not officially established." It is commonly used in contrast to de jure when referring to matters of law, governance, or...
, leader of the Italian government.

While the office is similar to those in most other parliamentary system
Parliamentary system
A parliamentary system is a system of government in which the ministers of the executive branch get their democratic legitimacy from the legislature and are accountable to that body, such that the executive and legislative branches are intertwined....
s, the Italian prime minister has less authority than some of his counterparts. The prime minister is not authorized to request the dissolution of the Parliament of Italy
Parliament of Italy
The Parliament of Italy is the national parliament of Italy. It is a bicameral legislature with 945 elected members . The Chamber of Deputies, with 630 members is the lower house. The Senate of the Republic is the upper house and has 315 members .Since 2005, a party list electoral law is being...
or to dismiss ministers, and must receive a vote of approval from the Council of Ministers
Council of Ministers of Italy
The Cabinet of Italy is a principal organ of the Government of Italy...
—which holds effective executive power—to execute most political activities.

The office was established by Articles 92 through to 96 of the current Constitution of Italy
Constitution of Italy
The Constitution of the Italian Republic was enacted by the Constituent Assembly on 22 December 1947, with 453 votes in favour and 62 against. The text, which has since been amended 13 times, was promulgated in the extraordinary edition of Gazzetta Ufficiale No. 298 on 27 December 1947...
. The prime minister is appointed by the President of the Republic after each general election. The formal title of the office holder is Presidente del Consiglio dei Ministri; the Italian for "prime minister" is primo ministro.

The office was first established in 1848 in Italy's predecessor state, the Kingdom of Sardinia
Kingdom of Sardinia
The Kingdom of Sardinia consisted of the island of Sardinia first as a part of the Crown of Aragon and subsequently the Spanish Empire , and second as a part of the composite state of the House of Savoy . Its capital was originally Cagliari, in the south of the island, and later Turin, on the...
—although it was not mentioned in the constitution, the Albertine Statute. The candidate for office was appointed by the king
King of Italy
King of Italy is a title adopted by many rulers of the Italian peninsula after the fall of the Roman Empire...
, and presided over a very unstable political system. In its first 60 years of existence (1861-1921), Italy changed its prime minister 37 times. Regarding this situation, the first goal of Benito Mussolini
Benito Mussolini
Benito Amilcare Andrea Mussolini was an Italian politician who led the National Fascist Party and is credited with being one of the key figures in the creation of Fascism....
, appointed in 1922
March on Rome
The March on Rome was a march by which Italian dictator Benito Mussolini's National Fascist Party came to power in the Kingdom of Italy...
, was to abolish the Parliament's ability to put him to a vote of no confidence, thus basing his power on the will of the king and the National Fascist Party
National Fascist Party
The National Fascist Party was an Italian political party, created by Benito Mussolini as the political expression of fascism...
alone. With the proclamation of the Italian Republic in 1946, the office received constitutional recognition, but it returned to its traditional instability: 25 men assumed the office in 65 years.

Article 95 of the Italian constitution provides that "the prime minister directs and coordinates the activity of the ministers". This power has been used to a quite variable extent in the history of the Italian state
History of Italy
Italy, united in 1861, has significantly contributed to the political, cultural and social development of the entire Mediterranean region. Many cultures and civilizations have existed there since prehistoric times....
, as it is strongly influenced by the political strength of individual ministers and thus by the parties they represent.

Often the prime minister's activity consists more in mediating between the various parties in the majority coalition, rather than directing the activity of the Council of Ministers. The prime minister's supervisory power is further limited by the lack of any formal authority to fire ministers, although a cabinet reshuffle (rimpasto), or sometimes even an 'individual vote of no confidence
Motion of no confidence
A motion of no confidence is a parliamentary motion whose passing would demonstrate to the head of state that the elected parliament no longer has confidence in the appointed government.-Overview:Typically, when a parliament passes a vote of no...
' on the part of Parliament, may in practice provide a surrogate measure.

The recent rise of a new mode of politics, which according to some is ever more linked to the mediating skills of politicians, and the enactment of majoritarian electoral laws have, in practice, given the prime minister a greater power to make decisions and to direct the internal dynamics of the government. 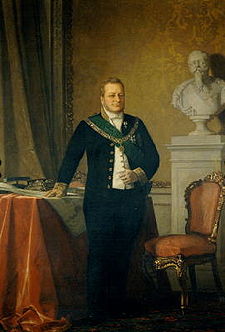