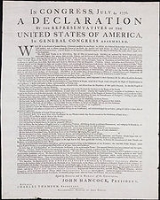 The Lilly Library was founded in 1960 with the collection of Josiah K. Lilly, Jr., owner of Lilly Pharmaceuticals
Eli Lilly and Company
Eli Lilly and Company is a global pharmaceutical company. Eli Lilly's global headquarters is located in Indianapolis, Indiana, in the United States...
in Indianapolis
Indianapolis
Indianapolis is the capital of the U.S. state of Indiana, and the county seat of Marion County, Indiana. As of the 2010 United States Census, the city's population is 839,489. It is by far Indiana's largest city and, as of the 2010 U.S...
. J. K. Lilly was a collector most of his life. From the mid-1920s until his death, he devoted a great deal of his leisure time to building his collections of books and manuscripts, works of art, coins, stamps, military miniatures, firearms and edged weapons, and nautical models. J. K. Lilly's collections of books and manuscripts, totaling more than 20,000 books and 17,000 manuscripts, together with more than fifty oil paintings and 300 prints, were given by the collector to Indiana University between 1954 and 1957. These materials form the foundation of the rare book and manuscript collections of the Lilly Library.

The extent to which J. K. Lilly realized his collecting goals, were summed up succinctly by Frederick B. Adams, Jr., at the dedication of the Lilly Library on October 3, 1960: "Mr. Lilly's books cover so many fields that it is difficult to believe that any one man's enthusiasm could encompass them all. It is equally astounding that he was able to acquire so many books of such scarcity and quality in the short space of 30 years. Money alone isn't the answer; diligence, courage, and imagination were also essential. The famous books in English and American literature, the books most influential in American life, the great works in the history of science and ideas--all these are among the 20,000 Lilly books in this building." 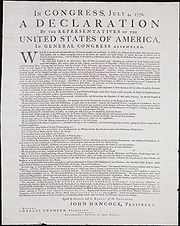 The library's holdings are particularly strong in British and American history and literature, Latin Americana, medicine and science, food and drink, children's literature, fine printing and binding, popular music, medieval and Renaissance manuscripts, and early printing. Notable items in the library's collections include the New Testament of the Gutenberg Bible
Gutenberg Bible
The Gutenberg Bible was the first major book printed with a movable type printing press, and marked the start of the "Gutenberg Revolution" and the age of the printed book. Widely praised for its high aesthetic and artistic qualities, the book has an iconic status...
, the first printed collection of Shakespeare's works, Audubon's
John James Audubon
John James Audubon was a French-American ornithologist, naturalist, and painter. He was notable for his expansive studies to document all types of American birds and for his detailed illustrations that depicted the birds in their natural habitats...
Birds of America
Birds of America (book)
The Birds of America is a book by naturalist and painter John James Audubon, containing illustrations of a wide variety of birds of the United States. It was first published as a series of sections between 1827 and 1838, in Edinburgh and London....
, one of 25 extant copies of the "First Printing of the Declaration of Independence" (also known as the "Dunlap Broadside") that was printed in Philadelphia on July 4, 1776, George Washington
George Washington
George Washington was the dominant military and political leader of the new United States of America from 1775 to 1799. He led the American victory over Great Britain in the American Revolutionary War as commander-in-chief of the Continental Army from 1775 to 1783, and presided over the writing of...
's letter accepting the presidency of the United States, Abraham Lincoln
Abraham Lincoln
Abraham Lincoln was the 16th President of the United States, serving from March 1861 until his assassination in April 1865. He successfully led his country through a great constitutional, military and moral crisis – the American Civil War – preserving the Union, while ending slavery, and...
's desk from his law office, a leaf from the famous Abraham Lincoln "Sum Book" ca. 1824-1826, Lord Chesterfield's letters to his son, the manuscripts of Robert Burns's "Auld Lang Syne
Auld Lang Syne
"Auld Lang Syne" is a Scots poem written by Robert Burns in 1788 and set to the tune of a traditional folk song . It is well known in many countries, especially in the English-speaking world; its traditional use being to celebrate the start of the New Year at the stroke of midnight...
", J. M. Synge's "The Playboy of the Western World
The Playboy of the Western World
The Playboy of the Western World is a three-act play written by Irish playwright John Millington Synge and first performed at the Abbey Theatre, Dublin, on January 26, 1907. It is set in Michael James Flaherty's public house in County Mayo during the early 1900s...
", and J. M. Barrie's "Peter Pan
Peter Pan
Peter Pan is a character created by Scottish novelist and playwright J. M. Barrie . A mischievous boy who can fly and magically refuses to grow up, Peter Pan spends his never-ending childhood adventuring on the small island of Neverland as the leader of his gang the Lost Boys, interacting with...
", and typescripts of many of Ian Fleming
Ian Fleming
Ian Lancaster Fleming was a British author, journalist and Naval Intelligence Officer.Fleming is best known for creating the fictional British spy James Bond and for a series of twelve novels and nine short stories about the character, one of the biggest-selling series of fictional books of...
's James Bond
James Bond
James Bond, code name 007, is a fictional character created in 1953 by writer Ian Fleming, who featured him in twelve novels and two short story collections. There have been a six other authors who wrote authorised Bond novels or novelizations after Fleming's death in 1964: Kingsley Amis,...
novels. The library also owns the papers of Hollywood directors Orson Welles
Orson Welles
George Orson Welles , best known as Orson Welles, was an American film director, actor, theatre director, screenwriter, and producer, who worked extensively in film, theatre, television and radio...
and John Ford
John Ford
John Ford was an American film director. He was famous for both his westerns such as Stagecoach, The Searchers, and The Man Who Shot Liberty Valance, and adaptations of such classic 20th-century American novels as The Grapes of Wrath...
, the poets Sylvia Plath
Sylvia Plath
Sylvia Plath was an American poet, novelist and short story writer. Born in Massachusetts, she studied at Smith College and Newnham College, Cambridge before receiving acclaim as a professional poet and writer...
and Ezra Pound
Ezra Pound
Ezra Weston Loomis Pound was an American expatriate poet and critic and a major figure in the early modernist movement in poetry...
, and authors Edith Wharton
Edith Wharton
Edith Wharton , was a Pulitzer Prize-winning American novelist, short story writer, and designer.- Early life and marriage:...
and Upton Sinclair
Upton Sinclair
Upton Beall Sinclair Jr. , was an American author who wrote close to one hundred books in many genres. He achieved popularity in the first half of the twentieth century, acquiring particular fame for his classic muckraking novel, The Jungle . It exposed conditions in the U.S...
. In 2006, the library received a collection of 30,000 mechanical puzzles from Jerry Slocum
Jerry Slocum
Jerry Slocum is an American historian, collector and author specializing on the field of mechanical puzzles. Prior to retiring and dedicating his life to puzzles, he worked as an engineer at Hughes Aircraft...
. The collection is on permanent display.

Special permission is not required to use the collections, and the library has several exhibition galleries which are open to the public.