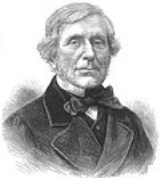 John Rennie was born at 27 Stamford Street, Blackfriars Road, London, on 30 Aug. 1794. He was educated by Dr. Greenlaw at Isleworth
Isleworth
Isleworth is a small town of Saxon origin sited within the London Borough of Hounslow in west London, England. It lies immediately east of the town of Hounslow and west of the River Thames and its tributary the River Crane. Isleworth's original area of settlement, alongside the Thames, is known as...
, and afterwards by Dr. Charles Burney at Greenwich
Greenwich
Greenwich is a district of south London, England, located in the London Borough of Greenwich.Greenwich is best known for its maritime history and for giving its name to the Greenwich Meridian and Greenwich Mean Time...
. He subsequently entered his father's manufactory in Holland Street, Blackfriars Road, where he acquired a practical knowledge of his profession, and in 1813 he was placed under Mr. Hollingsworth, resident engineer of Waterloo Bridge
Waterloo Bridge
Waterloo Bridge is a road and foot traffic bridge crossing the River Thames in London, England between Blackfriars Bridge and Hungerford Bridge. The name of the bridge is in memory of the British victory at the Battle of Waterloo in 1815...
, the foundations of which he personally superintended. In 1815 he assisted his father in the erection of Southwark Bridge
Southwark Bridge
Southwark Bridge is an arch bridge for traffic linking Southwark and the City across the River Thames, in London, England. It was designed by Ernest George and Basil Mott. It was built by Sir William Arrol & Co. and opened in 1921...
, and in 1819 he went abroad for the purpose of studying the great engineering works on the continent.

On the death of his father in 1821 John remained in partnership with his brother George, the civil engineering portion of the business being carried on by him, whereas the mechanical engineering was supervised by George.

Rennie along with Philip Richards designed Royal William Victualling Yard
Royal William Victualling Yard
The Royal William Victualling Yard, in Stonehouse, a suburb of Plymouth, England, was the major victualling depot of the Royal Navy and an important adjunct of Devonport Dockyard. It was designed by the architect Sir John Rennie and was named after King William IV...
, Plymouth, (1823–33). Covering 14 acres (56,656 m²), this grand classical style ensemble consists of grand gateway surmounted by statue of King William IV
William IV of the United Kingdom
William IV was King of the United Kingdom of Great Britain and Ireland and of Hanover from 26 June 1830 until his death...
, there is the Slaughterhouse, then around a central dock basin, to the south Melville Square, a warehouse with a central courtyard, it has a clock tower over the main entrance, to the west of the basin is the Bakery
Bakery
A bakery is an establishment which produces and sells flour-based food baked in an oven such as bread, cakes, pastries and pies. Some retail bakeries are also cafés, serving coffee and tea to customers who wish to consume the baked goods on the premises.-See also:*Baker*Cake...
with its mill and to the east the Brewery
Brewery
A brewery is a dedicated building for the making of beer, though beer can be made at home, and has been for much of beer's history. A company which makes beer is called either a brewery or a brewing company....
, with its cooperage
Cooper (profession)
Traditionally, a cooper is someone who makes wooden staved vessels of a conical form, of greater length than breadth, bound together with hoops and possessing flat ends or heads...
.

Although Rennie and his brother were early in the field as a railway engineers, having been involved, with George Stephenson
George Stephenson
George Stephenson was an English civil engineer and mechanical engineer who built the first public railway line in the world to use steam locomotives...
, in the design of the Liverpool and Manchester Railway
Liverpool and Manchester Railway
The Liverpool and Manchester Railway was the world's first inter-city passenger railway in which all the trains were timetabled and were hauled for most of the distance solely by steam locomotives. The line opened on 15 September 1830 and ran between the cities of Liverpool and Manchester in North...
-- their practice in this department was not very large. The company did however supply a number of locomotives for the London and Croydon Railway
London and Croydon Railway
The London and Croydon Railway was an early railway which operated between London and Croydon in England. It was opened in 1839 and in July 1846 it merged with other railways to form a part of the London Brighton and South Coast Railway ....
in 1838 and 1839. In 1852 John laid out a system of railways for Sweden
Sweden
Sweden , officially the Kingdom of Sweden , is a Nordic country on the Scandinavian Peninsula in Northern Europe. Sweden borders with Norway and Finland and is connected to Denmark by a bridge-tunnel across the Öresund....
, for which he received the order of Gustavus Vasa, and in 1855 he designed a series of railways and harbours for Portugal
Portugal
Portugal , officially the Portuguese Republic is a country situated in southwestern Europe on the Iberian Peninsula. Portugal is the westernmost country of Europe, and is bordered by the Atlantic Ocean to the West and South and by Spain to the North and East. The Atlantic archipelagos of the...
, none of which were, however, carried out.

Rennie was elected a member of the Institution of Civil Engineers
Institution of Civil Engineers
Founded on 2 January 1818, the Institution of Civil Engineers is an independent professional association, based in central London, representing civil engineering. Like its early membership, the majority of its current members are British engineers, but it also has members in more than 150...
on 25 June 1844, and he became president on 21 January 1845, retaining the office for three years. His presidential address in 1846 was a complete history of the profession of civil engineering. He also contributed papers on the drainage of the level of Ancholme, Lincolnshire, and on the improvement of the navigation of the Newry
Newry River
Newry River and River Clanrye are names for one of the rivers of Ireland; it passes through the city of Newry and empties into Carlingford Lough near Warrenpoint...
. He published, besides his Account of Plymouth Breakwater, (1848), the Theory, Formation, and Construction of British and Foreign Harbours (1851-4). He was elected a foreign member of the Royal Swedish Academy of Sciences
Royal Swedish Academy of Sciences
The Royal Swedish Academy of Sciences or Kungliga Vetenskapsakademien is one of the Royal Academies of Sweden. The Academy is an independent, non-governmental scientific organization which acts to promote the sciences, primarily the natural sciences and mathematics.The Academy was founded on 2...
.

Rennie retired from the active duties of his profession about 1862, and died at Bengeo
Bengeo
Bengeo is a parish in Hertfordshire, England. It is referenced in the Domesday Book, where it is called "Belingehou". It is situated on a rise between the River Beane and River Rib overlooking Hartham Common and the rest of the town of Hertford.-Name:...
, near Hertford
Hertford
Hertford is the county town of Hertfordshire, England, and is also a civil parish in the East Hertfordshire district of the county. Forming a civil parish, the 2001 census put the population of Hertford at about 24,180. Recent estimates are that it is now around 28,000...
, on 3 September 1874, just after completing his eightieth year.
The source of this article is wikipedia, the free encyclopedia.  The text of this article is licensed under the GFDL.