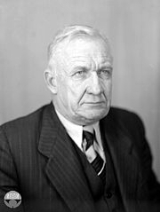 Tamm was born in Vladivostok
Vladivostok
The city is located in the southern extremity of Muravyov-Amursky Peninsula, which is about 30 km long and approximately 12 km wide.The highest point is Mount Kholodilnik, the height of which is 257 m...
, Russian Empire
Russian Empire
The Russian Empire was a state that existed from 1721 until the Russian Revolution of 1917. It was the successor to the Tsardom of Russia and the predecessor of the Soviet Union...
(now Russia
Russia
Russia or , officially known as both Russia and the Russian Federation , is a country in northern Eurasia. It is a federal semi-presidential republic, comprising 83 federal subjects...
), in a Russian-German family (his grandfather emigrated from Thuringia
Thuringia
The Free State of Thuringia is a state of Germany, located in the central part of the country.It has an area of and 2.29 million inhabitants, making it the sixth smallest by area and the fifth smallest by population of Germany's sixteen states....
), studied at the grammar school in Elisavetgrad (now Kirovohrad
Kirovohrad
Kirovohrad , formerly Yelisavetgrad, is a city in central Ukraine. It is located on the Inhul River. It is a motorway junction. Pop. 239,400 ....
, Ukraine
Ukraine
Ukraine is a country in Eastern Europe. It has an area of 603,628 km², making it the second largest contiguous country on the European continent, after Russia...
). In 1913-1914 he studied at the University of Edinburgh
University of Edinburgh
The University of Edinburgh, founded in 1583, is a public research university located in Edinburgh, the capital of Scotland, and a UNESCO World Heritage Site. The university is deeply embedded in the fabric of the city, with many of the buildings in the historic Old Town belonging to the university...
together with his gymnasium school
Gymnasium (school)
A gymnasium is a type of school providing secondary education in some parts of Europe, comparable to English grammar schools or sixth form colleges and U.S. college preparatory high schools. The word γυμνάσιον was used in Ancient Greece, meaning a locality for both physical and intellectual...
friend Boris Hessen
Boris Hessen
Boris Mikhailovich Hessen , also Gessen was a Soviet physicist, philosopher and historian of science...
. He then moved to the Moscow State University
Moscow State University
Lomonosov Moscow State University , previously known as Lomonosov University or MSU , is the largest university in Russia. Founded in 1755, it also claims to be one of the oldest university in Russia and to have the tallest educational building in the world. Its current rector is Viktor Sadovnichiy...
from which graduated in 1918.

On 1 May, 1923, Tamm began to teach physics at the Second Moscow State University. The same year, he finished his first scientific paper, Electrodynamics of the Anisotropic Medium in the Special Theory of Relativity. In 1928, he spent a few months with Paul Ehrenfest
Paul Ehrenfest
Paul Ehrenfest was an Austrian and Dutch physicist, who made major contributions to the field of statistical mechanics and its relations with quantum mechanics, including the theory of phase transition and the Ehrenfest theorem.- Biography :Paul Ehrenfest was born and grew up in Vienna in a Jewish...
at the University of Leiden
Leiden University
Leiden University , located in the city of Leiden, is the oldest university in the Netherlands. The university was founded in 1575 by William, Prince of Orange, leader of the Dutch Revolt in the Eighty Years' War. The royal Dutch House of Orange-Nassau and Leiden University still have a close...
.

In 1932, Tamm published a paper with his proposal of the concept of surface states
Surface states
Surface states are electronic states found at the surface of materials. They are formed due to the sharp transition from solid material that ends with a surface and are found only at the atom layers closest to the surface. The termination of a material with a surface leads to a change of the...
. This concept is important for MOSFET
MOSFET
The metal–oxide–semiconductor field-effect transistor is a transistor used for amplifying or switching electronic signals. The basic principle of this kind of transistor was first patented by Julius Edgar Lilienfeld in 1925...
physics.

In 1951, together with Andrei Sakharov
Andrei Sakharov
Andrei Dmitrievich Sakharov was a Soviet nuclear physicist, dissident and human rights activist. He earned renown as the designer of the Soviet Union's Third Idea, a codename for Soviet development of thermonuclear weapons. Sakharov was an advocate of civil liberties and civil reforms in the...
, Tamm proposed a tokamak
Tokamak
A tokamak is a device using a magnetic field to confine a plasma in the shape of a torus . Achieving a stable plasma equilibrium requires magnetic field lines that move around the torus in a helical shape...
system of the realization of CTF on the basis of toroid
Toroid
Toroid may refer to*Toroid , a doughnut-like solid whose surface is a torus.*Toroidal inductors and transformers which have wire windings on circular ring shaped magnetic cores.*Vortex ring, a toroidal flow in fluid mechanics....
al magnetic thermonuclear reactor
Nuclear fusion
Nuclear fusion is the process by which two or more atomic nuclei join together, or "fuse", to form a single heavier nucleus. This is usually accompanied by the release or absorption of large quantities of energy...
and soon after the first such devices were built by the INF, resulting the T-3 Soviet magnetic confinement device from 1968, when the plasma
Plasma (physics)
In physics and chemistry, plasma is a state of matter similar to gas in which a certain portion of the particles are ionized. Heating a gas may ionize its molecules or atoms , thus turning it into a plasma, which contains charged particles: positive ions and negative electrons or ions...
parameters unique for that time were obtained, of showing the temperatures in their machine to be over an order of magnitude higher than what was expected by the rest of the community. The western scientists visited the experiment and verified the high temperatures and confinement, sparking a wave of optimism for the prospects of the tokamak as well as construction of new experiments, which is still the dominant magnetic confinement device today.

Tamm was a student of Leonid Isaakovich Mandelshtam in science and life.

Tamm died in Moscow
Moscow
Moscow is the capital, the most populous city, and the most populous federal subject of Russia. The city is a major political, economic, cultural, scientific, religious, financial, educational, and transportation centre of Russia and the continent...
, Soviet Union
Soviet Union
The Soviet Union , officially the Union of Soviet Socialist Republics , was a constitutionally socialist state that existed in Eurasia between 1922 and 1991....
, now Russia
Russia
Russia or , officially known as both Russia and the Russian Federation , is a country in northern Eurasia. It is a federal semi-presidential republic, comprising 83 federal subjects...
. The Lunar crater Tamm
Tamm (crater)
Tamm is a shallow lunar impact crater. It is located to the west-northwest of the much larger and more prominent crater Chaplygin. Attached to the south-southwestern outer rim of Tamm is the smaller van den Bos. There is a gap in the southern rim where these two craters are joined together.The rim...
is named after him.
The source of this article is wikipedia, the free encyclopedia.  The text of this article is licensed under the GFDL.