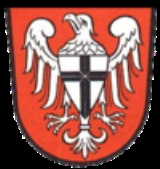 Hochsauerland is twinned with the following cities:
Livingston
Livingston, Scotland
Livingston is a town in West Lothian, Scotland. It is the fourth post-WWII new town to be built in Scotland, designated in 1962. It is about 15 miles west of Edinburgh and 30 miles east of Glasgow, and is bordered by the towns of Broxburn to the northeast and Bathgate to the northwest.Livingston...