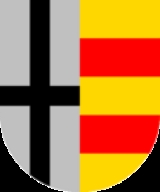 The district was created in 1817 as Bilsteiner Kreis, in 1819 the capital was set to be Olpe
Olpe, Germany
Olpe is situated in the foothills of the Ebbegebirge in North Rhine-Westphalia, roughly 60 km east of Cologne and 20 km northwest of Siegen. It is part of the Regierungsbezirk of Arnsberg and is the seat of the district of Olpe.- Location :...
. During the reorganization of the districts in 1969 several of the municipalities in the district were merged to become cities, however the district itself was only modified minimally, and also in the second reorganization 1974 it stayed nearly in the same borders as in 1817.

Geographically it covers the south-western part of the Sauerland
Sauerland
The Sauerland is a rural, hilly area spreading across most of the south-eastern part of North Rhine-Westphalia, in parts heavily forested and, apart from the major valleys, sparsely inhabited...
mountains, which make the district rich in forests. The main river through the district is the Lenne
Lenne
The Lenne is a river in the Sauerland area in North Rhine-Westphalia, western Germany, a left tributary of the Ruhr.Having its source on top of the Kahler Asten near Winterberg in an intermittent spring at an elevation of 2,687 feet, the Lenne ends after a course of 128 km flowing into the...
.