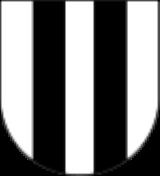 In 1816–17 the two districts of Siegen and Wittgenstein were created as parts of the Prussia
Prussia
Prussia was a German kingdom and historic state originating out of the Duchy of Prussia and the Margraviate of Brandenburg. For centuries, the House of Hohenzollern ruled Prussia, successfully expanding its size by way of an unusually well-organized and effective army. Prussia shaped the history...
n province of Westphalia. In 1974 the two districts were merged, and in 1984 the name Siegen-Wittgenstein was adopted.

Geographically it covers the hills southeast of the Sauerland
Sauerland
The Sauerland is a rural, hilly area spreading across most of the south-eastern part of North Rhine-Westphalia, in parts heavily forested and, apart from the major valleys, sparsely inhabited...
hills, the Siegerland
Siegerland
The Siegerland is a region of Germany covering the old district of Siegen and the upper part of the district of Altenkirchen, belonging to the Rhineland-Palatinate adjoining it to the west.Geologically, the Siegerland belongs to the Rheinisches Schiefergebirge...
and Wittgensteiner Land
Wittgenstein (disambiguation)
- People :* Karl Wittgenstein, Austrian tycoon, father of:** Ludwig Wittgenstein, philosopher** Margaret Stonborough-Wittgenstein** Paul Wittgenstein, pianist* Heinrich von Wittgenstein, German entrepreneur and politician...
.

The two upper sections show, to the right, the arms of the Dukes of Nassau, who founded Siegen
Siegen
Siegen is a city in Germany, in the south Westphalian part of North Rhine-Westphalia.It is located in the district of Siegen-Wittgenstein in the Arnsberg region...
, and to the left, those of the Counts of Sayn-Wittgenstein
Sayn-Wittgenstein
Sayn-Wittgenstein was a county of mediæval Germany, located in the Sauerland of eastern North Rhine-Westphalia. Sayn-Wittgenstein was created when Count Salentin of Sayn-Homburg married the heiress Countess Adelaide of Wittgenstein in 1345...
. At the bottom a miner's lamp and a coppicing
Coppicing
Coppicing is a traditional method of woodland management which takes advantage of the fact that many trees make new growth from the stump or roots if cut down. In a coppiced wood, young tree stems are repeatedly cut down to near ground level...
hook are depicted, in reference to the mining and charcoal-burning history of the district.