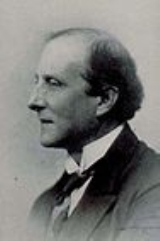 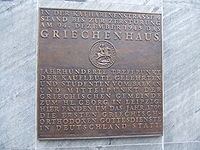 Significant immigration from Greece
Greece
Greece , officially the Hellenic Republic , and historically Hellas or the Republic of Greece in English, is a country in southeastern Europe....
to Germany started around 1700, when the Ottoman Empire
Ottoman Empire
The Ottoman EmpireIt was usually referred to as the "Ottoman Empire", the "Turkish Empire", the "Ottoman Caliphate" or more commonly "Turkey" by its contemporaries...
opened its borders. The first community was found in Leipzig
Leipzig
Leipzig Leipzig has always been a trade city, situated during the time of the Holy Roman Empire at the intersection of the Via Regia and Via Imperii, two important trade routes. At one time, Leipzig was one of the major European centres of learning and culture in fields such as music and publishing...
at this time.

The second wave of immigration was when Otto of Wittelbach became King of Greece as Otto of Greece
Otto of Greece
Otto, Prince of Bavaria, then Othon, King of Greece was made the first modern King of Greece in 1832 under the Convention of London, whereby Greece became a new independent kingdom under the protection of the Great Powers .The second son of the philhellene King Ludwig I of Bavaria, Otto ascended...
. Many Greeks came as students to Bavaria
Bavaria
Bavaria, formally the Free State of Bavaria is a state of Germany, located in the southeast of Germany. With an area of , it is the largest state by area, forming almost 20% of the total land area of Germany...
.

The Greek population of today came mostly after World War II
World War II
World War II, or the Second World War , was a global conflict lasting from 1939 to 1945, involving most of the world's nations—including all of the great powers—eventually forming two opposing military alliances: the Allies and the Axis...
. West Germany
West Germany
West Germany is the common English, but not official, name for the Federal Republic of Germany or FRG in the period between its creation in May 1949 to German reunification on 3 October 1990....
needed employees for their expanding industry. In East Germany, Greek communists came as political refugees until 1973.


Educational Attainment of Greeks in Germany

The Greek are a successful minority. Second Generation Greek students were more likely to attend a Gymnasium (college preparatory school) than their ethnic German counterparts.

There are some members of the Muslim minority of Greece
Muslim minority of Greece
The Muslim minority of Greece is the only explicitly recognized minority in Greece. It numbers 97,604 people or 0.91% of the total population, according to the 1991 census , and 140,000 people or 1.24% of the total population, according to the United States Department of State.The Muslim minority...
among the some 350,000 Greeks living in Germany who are ethnic Turks
Turkish people
Turkish people, also known as the "Turks" , are an ethnic group primarily living in Turkey and in the former lands of the Ottoman Empire where Turkish minorities had been established in Bulgaria, Cyprus, Bosnia and Herzegovina, Georgia, Greece, Kosovo, Macedonia, and Romania...
or who espouse a Turkish identity. The majority of Turks immigrated from Western Thrace
Western Thrace
Western Thrace or simply Thrace is a geographic and historical region of Greece, located between the Nestos and Evros rivers in the northeast of the country. Together with the regions of Macedonia and Epirus, it is often referred to informally as northern Greece...
. In the 1960s and 1970s, the Thracian tobacco industry was affected by a severe crisis and many tobacco growers lost their income. This resulted in many Turks leaving their homes and immigrating to Germany
Germany
Germany , officially the Federal Republic of Germany , is a federal parliamentary republic in Europe. The country consists of 16 states while the capital and largest city is Berlin. Germany covers an area of 357,021 km2 and has a largely temperate seasonal climate...
with estimates suggesting that today there are now between 12,000 and 25,000 residing in Germany.