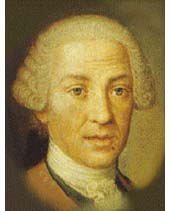 Francesco Durante was an Italian
Italy
Italy , officially the Italian Republic languages]] under the European Charter for Regional or Minority Languages. In each of these, Italy's official name is as follows:;;;;;;;;), is a unitary parliamentary republic in South-Central Europe. To the north it borders France, Switzerland, Austria and...
composer
Composer
A composer is a person who creates music, either by musical notation or oral tradition, for interpretation and performance, or through direct manipulation of sonic material through electronic media...
.

His fame as a teacher was considerable, and Niccolò Jommelli
Niccolò Jommelli
Niccolò Jommelli was an Italian composer. He was born in Aversa and died in Naples. Along with other composers mainly in the Holy Roman Empire and France, he made important changes to opera and reduced the importance of star singers.-Early life:Jommelli was born to Francesco Antonio Jommelli and...
, Giovanni Paisiello
Giovanni Paisiello
Giovanni Paisiello was an Italian composer of the Classical era.-Life:Paisiello was born at Taranto and educated by the Jesuits there. He became known for his beautiful singing voice and in 1754 was sent to the Conservatorio di S. Onofrio at Naples, where he studied under Francesco Durante, and...
, Giovanni Battista Pergolesi
Giovanni Battista Pergolesi
Giovanni Battista Pergolesi was an Italian composer, violinist and organist.-Biography:Born at Iesi, Pergolesi studied music there under a local musician, Francesco Santini, before going to Naples in 1725, where he studied under Gaetano Greco and Francesco Feo among others...
, Niccolò Piccinni
Niccolò Piccinni
Niccolò Piccinni was an Italian composer of symphonies, sacred music, chamber music, and opera. Although he is somewhat obscure, even to music lovers today, Piccinni was one of the most popular composers of opera—particularly the Neapolitan opera buffa—of his day...
and Leonardo Vinci
Leonardo Vinci
Leonardo Vinci was an Italian composer, best known for his operas.He was born at Strongoli and educated at Naples under Gaetano Greco in the Conservatorio dei Poveri di Gesù Cristo. He first became known for his opere buffe in Neapolitan dialect in 1719; he also composed many opere serie...
were amongst his pupils. As a teacher, he insisted on the unreasoning observance of rules, differing thus from Scarlatti, who treated all his pupils as individuals. A complete collection of Durante's works, consisting almost exclusively of sacred music, was presented by Selvaggi, a Neapolitan art collector, to the Paris library. A catalogue may be found in Fétis's Biographie universelle. The imperial library of Vienna
Vienna
Vienna is the capital and largest city of the Republic of Austria and one of the nine states of Austria. Vienna is Austria's primary city, with a population of about 1.723 million , and is by far the largest city in Austria, as well as its cultural, economic, and political centre...
also preserves a valuable collection of Durante's manuscripts. Two requiems, several masses (one of which, a most original work, is the Pastoral Mass for four voices) and the Lamentations of the prophet Jeremiah are amongst his most important settings.

The fact that Durante never composed for the stage brought him an exaggerated reputation as a composer of sacred music. Considered one of the best church composers of his style and period, he seems to have founded the sentimental school of Italian church music. Nevertheless, Hasse
Johann Adolph Hasse
Johann Adolph Hasse was an 18th-century German composer, singer and teacher of music. Immensely popular in his time, Hasse was best known for his prolific operatic output, though he also composed a considerable quantity of sacred music...
protested against Durante's being described as the greatest harmonist of Italy, a title which he ascribed to Alessandro Scarlatti.