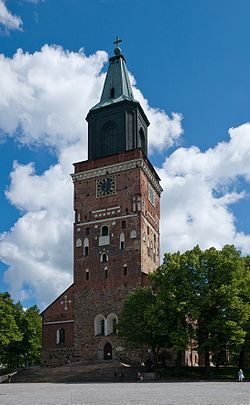 The European Capital of Culture is a city designated by the
European Union for a period of one calendar year during which it organises a series of cultural events with a strong European dimension.

Preparing a European Capital of Culture can be an opportunity for the city to generate considerable cultural, social and economic benefits and it can help foster urban regeneration, change the city's image and raise its visibility and profile on an international scale.

In 1985, former actress Melina Mercouri
Melina Mercouri
Melina Mercouri , born as Maria Amalia Mercouri was a Greek actress, singer and politician.As an actress she made her film debut in Stella and met international success with her performances in Never on Sunday, Phaedra, Topkapi and Promise at Dawn...
, then Greece’s Minister of Culture, and her French counterpart Jack Lang came up with the idea of designating an annual Capital of Culture to bring Europeans closer together by highlighting the richness and diversity of European cultures and raising awareness of their common history and values.

An international panel of cultural experts is in charge of assessing the proposals of cities for the title according to criteria specified by the European Union.

The European Capital of Culture programme was initially called the European City of Culture and was conceived in 1983 by Melina Mercouri
Melina Mercouri
Melina Mercouri , born as Maria Amalia Mercouri was a Greek actress, singer and politician.As an actress she made her film debut in Stella and met international success with her performances in Never on Sunday, Phaedra, Topkapi and Promise at Dawn...
, then serving as Greek
Greece
Greece , officially the Hellenic Republic , and historically Hellas or the Republic of Greece in English, is a country in southeastern Europe....
Minister
Minister (government)
A minister is a politician who holds significant public office in a national or regional government. Senior ministers are members of the cabinet....
of Culture
Culture
Culture is a term that has many different inter-related meanings. For example, in 1952, Alfred Kroeber and Clyde Kluckhohn compiled a list of 164 definitions of "culture" in Culture: A Critical Review of Concepts and Definitions...
. Mercouri believed that at the time, culture was not given the same attention as politics and economics and a project for promoting European cultures within the member states should be pursued. The European City of Culture programme was launched in the summer of 1985 with Athens
Athens
Athens , is the capital and largest city of Greece. Athens dominates the Attica region and is one of the world's oldest cities, as its recorded history spans around 3,400 years. Classical Athens was a powerful city-state...
being the first title-holder. During the German
Germany
Germany , officially the Federal Republic of Germany , is a federal parliamentary republic in Europe. The country consists of 16 states while the capital and largest city is Berlin. Germany covers an area of 357,021 km2 and has a largely temperate seasonal climate...
Presidency of 1999, the European City of Culture programme was renamed the European Capital of Culture.

According to the official EU
European Union
The European Union is an economic and political union of 27 independent member states which are located primarily in Europe. The EU traces its origins from the European Coal and Steel Community and the European Economic Community , formed by six countries in 1958...
website. The cities and countries from 2020–2029 are not yet finalised.

Cities that have shown interest within their countries to bid for becoming European Capital of Culture: