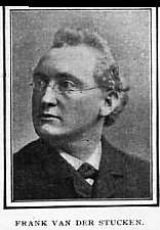 Encyclopedia
As the fifth oldest orchestra in the United States, the Cincinnati Symphony Orchestra (CSO) has a legacy of fine music making as reflected in its performances in historic Music Hall
Music Hall (Cincinnati)
Music Hall, completed in 1878, is Cincinnati's premier classical music performance hall. It serves as the home for the Cincinnati Symphony Orchestra, Cincinnati Opera, May Festival Chorus, and the Cincinnati Pops Orchestra. In January, 1975, it was recognized as a National Historic Landmark by the...
, recordings, and international tours. It represents the evolution of 200 years of music making in the city of Cincinnati
Cincinnati, Ohio
Cincinnati is a city in the U.S. state of Ohio. Cincinnati is the county seat of Hamilton County. Settled in 1788, the city is located to north of the Ohio River at the Ohio-Kentucky border, near Indiana. The population within city limits is 296,943 according to the 2010 census, making it Ohio's...
, in southwestern Ohio
Ohio
Ohio is a Midwestern state in the United States. The 34th largest state by area in the U.S.,it is the 7th‑most populous with over 11.5 million residents, containing several major American cities and seven metropolitan areas with populations of 500,000 or more.The state's capital is Columbus...
.

After the formation of several orchestras between 1825 and 1872, the Cincinnati Orchestra Association was founded by the wife of the future U.S. President William Howard Taft
William Howard Taft
William Howard Taft was the 27th President of the United States and later the tenth Chief Justice of the United States...
in 1893. The CSO gave its first concerts in 1895 at Pike's Opera house, and a year later moved to Music Hall
Music Hall (Cincinnati)
Music Hall, completed in 1878, is Cincinnati's premier classical music performance hall. It serves as the home for the Cincinnati Symphony Orchestra, Cincinnati Opera, May Festival Chorus, and the Cincinnati Pops Orchestra. In January, 1975, it was recognized as a National Historic Landmark by the...
. The first conductor was Frank Van der Stucken
Frank Van der Stucken
Frank Valentine Van der Stucken was an American composer and conductor, and founder of the Cincinnati Symphony in 1895.-Biography:...
, a Texas-born musician of Dutch
Dutch people
The Dutch people are an ethnic group native to the Netherlands. They share a common culture and speak the Dutch language. Dutch people and their descendants are found in migrant communities worldwide, notably in Suriname, Chile, Brazil, Canada, Australia, South Africa, New Zealand, and the United...
ancestry, who served until 1907. In the early years, the orchestra welcomed such notable international figures as Richard Strauss
Richard Strauss
Richard Georg Strauss was a leading German composer of the late Romantic and early modern eras. He is known for his operas, which include Der Rosenkavalier and Salome; his Lieder, especially his Four Last Songs; and his tone poems and orchestral works, such as Death and Transfiguration, Till...
and Edward McDowell. The orchestra also performed the U.S. premiere of the Symphony No. 5
Symphony No. 5 (Mahler)
The Symphony No. 5 in C sharp minor by Gustav Mahler was composed in 1901 and 1902, mostly during the summer months at Mahler's cottage at Maiernigg. Among its most distinctive features are the funereal trumpet solo that opens the work and the frequently performed Adagietto.The musical canvas and...
of Gustav Mahler
Gustav Mahler
Gustav Mahler was a late-Romantic Austrian composer and one of the leading conductors of his generation. He was born in the village of Kalischt, Bohemia, in what was then Austria-Hungary, now Kaliště in the Czech Republic...
. 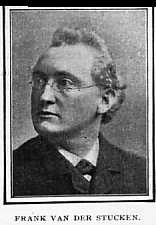 For three years the orchestra was disbanded due to labor disputes and financial problems, and upon its reorganization in 1909, a young organist from England, Leopold Stokowski
Leopold Stokowski
Leopold Anthony Stokowski was a British-born, naturalised American orchestral conductor, well known for his free-hand performing style that spurned the traditional baton and for obtaining a characteristically sumptuous sound from many of the great orchestras he conducted.In America, Stokowski...
, was named to lead the group. After Stokowski's three years the orchestra enjoyed an evolution which gained them national prominence under conductors such as Ernst Kunwald
Ernst Kunwald
Ernst Kunwald was an Austrian conductor.Ernst Kunwald was born and died in Vienna. He studied law at the University of Vienna, earning his Dr. Juris in 1891. He also studied piano with Teodor Leszetycki and composition with Hermann Graedener...
through 1918, the virtuoso Belgian violinist Eugène Ysaÿe
Eugène Ysaÿe
Eugène Ysaÿe was a Belgian violinist, composer and conductor born in Liège. He was regarded as "The King of the Violin", or, as Nathan Milstein put it, the "tzar"...
(1918–1922), Fritz Reiner
Fritz Reiner
Frederick Martin “Fritz” Reiner was a prominent conductor of opera and symphonic music in the twentieth century.-Biography:...
(1922–1933), and Eugene Goossens
Eugène Aynsley Goossens
Sir Eugene Aynsley Goossens was an English conductor and composer.-Biography:He was born in Camden Town, London, the son of the Belgian conductor and violinist Eugène Goossens and the grandson of the conductor Eugène Goossens...
(1933–1947). This period saw the orchestra move from Music Hall to Emery Auditorium in 1909, then back to Music Hall in 1936, the U.S. premiere of Mahler's Symphony No. 3
Symphony No. 3 (Mahler)
The Symphony No. 3 by Gustav Mahler was written between 1893 and 1896. It is his longest piece and is the longest symphony in the standard repertoire, with a typical performance lasting around ninety to one hundred minutes.- Structure :...
(1912), its first recordings (1917), first national tours, and the world premieres of Aaron Copland
Aaron Copland
Aaron Copland was an American composer, composition teacher, writer, and later in his career a conductor of his own and other American music. He was instrumental in forging a distinctly American style of composition, and is often referred to as "the Dean of American Composers"...
's Fanfare for the Common Man
Fanfare for the Common Man
Fanfare for the Common Man is a 20th-century American classical music work by American composer Aaron Copland. The piece was written in 1942 for the Cincinnati Symphony Orchestra under conductor Eugene Goossens. It was inspired in part by a famous speech made earlier in the same year where vice...
and Lincoln Portrait
Lincoln Portrait
Lincoln Portrait is a classical orchestral work written by the American composer Aaron Copland. The work involves a full orchestra, with particular emphasis on the brass section at climactic moments. The work is narrated with the reading of excerpts of Abraham Lincoln's great documents, including...
.

After Goossens came Thor Johnson
Thor Johnson
Thor Martin Johnson was an American conductor. He was born in Wisconsin Rapids, Wisconsin. He studied at the University of North Carolina at Chapel Hill, where he was president of the Alpha Rho chapter of Phi Mu Alpha Sinfonia Fraternity. He was the first recipient of the fraternity's national...
in 1947, who led the orchestra in some of the first stereo recordings for Remington Records
Remington Records
Remington Records was a low budget record label. It existed from 1950 until 1957 and specialized in classical music. Unfortunately, the discs suffered from considerable surface noise.-History:...
, followed by Max Rudolf in 1958, whose mark of musicianship is still reflected in the orchestra. Then came Thomas Schippers
Thomas Schippers
Thomas Schippers was an American conductor. He was highly-regarded for his work in opera.-Biography:...
who died abruptly in 1977. Under Schippers, the Cincinnati Pops Orchestra was formed in 1977, with Erich Kunzel
Erich Kunzel
Erich Kunzel, Jr. was an American orchestra conductor. Called the "Prince of Pops" by the Chicago Tribune, he performed with a number of leading pops and symphony orchestras, especially the Cincinnati Pops Orchestra , which he led for over 44 years.-Early life and career:Kunzel was born to...
as its conductor. After Schippers' death, Walter Susskind
Walter Susskind
Jan Walter Susskind was a Czech-born British conductor.-Biography:Susskind was born in Prague, Austria–Hungary, now the Czech Republic. His father was a Viennese music critic and his Czech mother was a piano teacher. At the State Conservatorium he studied under composer Josef Suk, the son-in-law...
served as artistic advisor of the orchestra for three years before his own death in 1980.

That same year, the Austrian conductor Michael Gielen
Michael Gielen
-Professional career:Gielen was born in Dresden, Germany, to opera director Josef Gielen. Through his mother, Rose, he is the nephew of Eduard Steuermann and Salka Steuermann Viertel. He began his career as a pianist in Buenos Aires, where he studied with Erwin Leuchter and gave an early...
became conductor in 1980 for a six year term to be succeeded by Spanish conductor Jesús López-Cobos
Jesús López-Cobos
Jesús López-Cobos is a Spanish conductor.López-Cobos was born in Toro, Zamora, Castile-León, Spain. He studied at Complutense University of Madrid and graduated with a degree in philosophy...
. López-Cobos led the orchestra on a very successful European tour in 1995, their first since 1969, and their first national television appearance on PBS. He retired in 2001 after the longest tenure of any CSO conductor, and was named emeritus music director in September of that year.

From 2001 to 2011, the orchestra's music director was the Estonian-born Paavo Järvi
Paavo Järvi
Paavo Järvi is an Estonian-American conductor, and current Music Director of the Orchestre de Paris.Järvi was born in Tallinn, Estonia, to conductor Neeme Järvi and Liilia Järvi. His siblings, Kristjan Järvi and Maarika Järvi, are also musicians...
. Järvi conducted his final concert as CSO Music Director on May 14, 2011, at which point he was named Music Director Laureate. With Jarvi's departure and the death of Pops great Erich Kunzel, the orchestra's artistic leadership has been a point of concern. In December 2010, John Morris Russell
John Morris Russell
John Morris Russell is an American conductor.-Early years:Born and raised in Cleveland, Ohio, Maestro Russell is the product of arts programs in the public schools. He attended Ludlow Elementary School in Shaker Heights, OH outside of Cleveland...
was named the Cincinnati Pops conductor, effective September 1, 2011. In January 2011, the Orchestra named three international musicians, pianist Lang Lang (pianist)
Lang Lang (pianist)
Lang Lang , born June 14, 1982, in Shenyang, Liaoning, China, is a Chinese concert pianist, currently residing in New York, who has performed with leading orchestras in Europe, the United States and his native China. He is increasingly well known around the world for his concert performances,...
, composer Philip Glass
Philip Glass
Philip Glass is an American composer. He is considered to be one of the most influential composers of the late 20th century and is widely acknowledged as a composer who has brought art music to the public .His music is often described as minimalist, along with...
and conductor Rafael Frühbeck de Burgos
Rafael Frühbeck de Burgos
Rafael Frühbeck de Burgos is a Spanish conductor and composer.Frühbeck studied violin, piano, and composition at the conservatories of Bilbao and Madrid...
as the Creative Directors for its three distinct subscription series during the period between Music Directors.

In January 2007, the orchestra reported financial difficulties, projecting a monetary deficit of about US$2 million for the current fiscal year. In 2009, those difficulties (plus the purchase of Telarc by the Concord Music Group) help to bring about the termination of the orchestra's contract with Telarc; the symphony and pops recording company for two decades.

In 2010, the Orchestra launched its own record label, Cincinnati Symphony Orchestra Media. The inaugural album on the new label, "American Portraits," was released internationally in January 2011.

In late 2009, long-time arts patron and philanthropist Louise Nippert (who is also a minority owner of the Cincinnati Reds) announced a gift of $85 million dollars for the CSO. It was reported that the orchestra will receive directly about $3 million each year (around 75% of its annual distribution). 12% and 5% will go to the Cincinnati Opera and Ballet companies respectively with the intent of maintaining the CSO as those company's resident "pit" orchestra. The remaining 8% (around $300,000.00) is to be passed along to other arts institutions like the Cincinnati May Festival and the Linton Chamber Music Series.