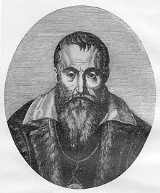 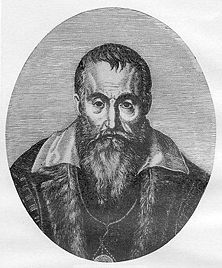 Chronology is the science of arranging events in their order of occurrence in time
Time
Time is a part of the measuring system used to sequence events, to compare the durations of events and the intervals between them, and to quantify rates of change such as the motions of objects....
, such as the use of a timeline
Timeline
A timeline is a way of displaying a list of events in chronological order, sometimes described as a project artifact . It is typically a graphic design showing a long bar labeled with dates alongside itself and events labeled on points where they would have happened.-Uses of timelines:Timelines...
or sequence of events. It is also "the determination of the actual temporal sequence of past events".

Chronology is part of periodization
Periodization
Periodization is the attempt to categorize or divide time into named blocks. The result is a descriptive abstraction that provides a useful handle on periods of time with relatively stable characteristics...
. It is also part of the discipline of history
History
History is the discovery, collection, organization, and presentation of information about past events. History can also mean the period of time after writing was invented. Scholars who write about history are called historians...
, including earth history, the earth sciences, and study of the geologic time scale
Geologic time scale
The geologic time scale provides a system of chronologic measurement relating stratigraphy to time that is used by geologists, paleontologists and other earth scientists to describe the timing and relationships between events that have occurred during the history of the Earth...
(see Prehistoric chronologies below).

The familiar terms calendar
Calendar
A calendar is a system of organizing days for social, religious, commercial, or administrative purposes. This is done by giving names to periods of time, typically days, weeks, months, and years. The name given to each day is known as a date. Periods in a calendar are usually, though not...
and era
Era
An era is a commonly used word for long period of time. When used in science, for example geology, eras denote clearly defined periods of time of arbitrary but well defined length, such as for example the Mesozoic era from 252 Ma–66 Ma, delimited by a start event and an end event. When used in...
(within the meaning of a coherent system of numbered calendar years) concern two complementary fundamental concepts of chronology. For example during eight centuries the calendar belonging to the Christian era, which era was taken in use in the eighth century by Bede
Bede
Bede , also referred to as Saint Bede or the Venerable Bede , was a monk at the Northumbrian monastery of Saint Peter at Monkwearmouth, today part of Sunderland, England, and of its companion monastery, Saint Paul's, in modern Jarrow , both in the Kingdom of Northumbria...
, was the Julian calendar, but after the year 1582 it was the Gregorian calendar. Dionysius Exiguus
Dionysius Exiguus
Dionysius Exiguus was a 6th-century monk born in Scythia Minor, modern Dobruja shared by Romania and Bulgaria. He was a member of the Scythian monks community concentrated in Tomis, the major city of Scythia Minor...
(about the year 500) was the founder of that era, which is nowadays the most widespread dating system on earth.

Ab Urbe condita is Latin
Latin
Latin is an Italic language originally spoken in Latium and Ancient Rome. It, along with most European languages, is a descendant of the ancient Proto-Indo-European language. Although it is considered a dead language, a number of scholars and members of the Christian clergy speak it fluently, and...
for "from the founding
Founding of Rome
The founding of Rome is reported by many legends, which in recent times are beginning to be supplemented by scientific reconstructions.- Development of the city :...
of the City (Rome
Rome
Rome is the capital of Italy and the country's largest and most populated city and comune, with over 2.7 million residents in . The city is located in the central-western portion of the Italian Peninsula, on the Tiber River within the Lazio region of Italy.Rome's history spans two and a half...
)", traditionally set in 753 BC. It was used to identify the Roman year by a few Roman historians. Modern historians use it much more frequently than the Romans themselves did; the dominant method of identifying Roman years was to name the two consul
Consul
Consul was the highest elected office of the Roman Republic and an appointive office under the Empire. The title was also used in other city states and also revived in modern states, notably in the First French Republic...
s who held office that year. Before the advent of the modern critical edition of historical Roman works, AUC was indiscriminately added to them by earlier editors, making it appear more widely used than it actually was.

It was used systematically for the first time only about the year 400, by the Iberian historian Orosius. Pope Boniface IV
Pope Boniface IV
Pope Saint Boniface IV was pope from 608 to his death.Son of Johannes, a physician, a Marsian from the province and town of Valeria; he succeeded Boniface III after a vacancy of over nine months. He was consecrated on either 25 August or September 15 in 608...
, in about the year 600, seems to have been the first who made a connection between these this era and Anno Domini
Anno Domini
and Before Christ are designations used to label or number years used with the Julian and Gregorian calendars....
. (AD 1 = AUC 754.)

Dionysius Exiguus’ Anno Domini era (which contains only calendar years AD) was extended by Bede
Bede
Bede , also referred to as Saint Bede or the Venerable Bede , was a monk at the Northumbrian monastery of Saint Peter at Monkwearmouth, today part of Sunderland, England, and of its companion monastery, Saint Paul's, in modern Jarrow , both in the Kingdom of Northumbria...
to the complete Christian
Christian
A Christian is a person who adheres to Christianity, an Abrahamic, monotheistic religion based on the life and teachings of Jesus of Nazareth as recorded in the Canonical gospels and the letters of the New Testament...
era (which contains, in addition all calendar years BC, but no year zero). Ten centuries after Bede, the French astronomers Philippe de la Hire
La Hire
Étienne de Vignolles, called La Hire, was a French military commander during the Hundred Years' War. His nickname of La Hire would be that the English had nicknamed "the Hire-God" . He fought alongside Joan of Arc in the campaigns of 1429...
(in the year 1702) and Jacques Cassini
Jacques Cassini
Jacques Cassini was a French astronomer, son of the famous Italian astronomer Giovanni Domenico Cassini.Cassini was born at the Paris Observatory. Admitted at the age of seventeen to membership of the French Academy of Sciences, he was elected in 1696 a fellow of the Royal Society of London, and...
(in the year 1740), purely to simplify certain calculations, put the Julian Dating System (proposed in the year 1583 by Joseph Scaliger) and with it an astronomical era into use, which contains a leap year
Leap year
A leap year is a year containing one extra day in order to keep the calendar year synchronized with the astronomical or seasonal year...
zero, which precedes the year 1 (AD) but does not exactly coincide with the year 1 BC. Astronomers never preposed seriously to replace our era with their astronomical era (which for that matter coincides exactly with the Christian era where it concerns the calendar years after the year 4).

While of critical importance to the historian, methods of determining chronology are used in most disciplines of science, especially astronomy
Astronomy
Astronomy is a natural science that deals with the study of celestial objects and phenomena that originate outside the atmosphere of Earth...
, geology
Geology
Geology is the science comprising the study of solid Earth, the rocks of which it is composed, and the processes by which it evolves. Geology gives insight into the history of the Earth, as it provides the primary evidence for plate tectonics, the evolutionary history of life, and past climates...
, paleontology
Paleontology
Paleontology "old, ancient", ὄν, ὀντ- "being, creature", and λόγος "speech, thought") is the study of prehistoric life. It includes the study of fossils to determine organisms' evolution and interactions with each other and their environments...
and archaeology
Archaeology
Archaeology, or archeology , is the study of human society, primarily through the recovery and analysis of the material culture and environmental data that they have left behind, which includes artifacts, architecture, biofacts and cultural landscapes...
.

In the absence of written history, with its chronicle
Chronicle
Generally a chronicle is a historical account of facts and events ranged in chronological order, as in a time line. Typically, equal weight is given for historically important events and local events, the purpose being the recording of events that occurred, seen from the perspective of the...
s and king lists, late 19th century archaeologists found that they could develop relative chronologies based on pottery techniques and styles. In the field of Egyptology
Egyptology
Egyptology is the study of ancient Egyptian history, language, literature, religion, and art from the 5th millennium BC until the end of its native religious practices in the AD 4th century. A practitioner of the discipline is an “Egyptologist”...
, William Flinders Petrie pioneered sequence dating to penetrate pre-dynastic Neolithic
Neolithic
The Neolithic Age, Era, or Period, or New Stone Age, was a period in the development of human technology, beginning about 9500 BC in some parts of the Middle East, and later in other parts of the world. It is traditionally considered as the last part of the Stone Age...
times, using groups of contemporary artefacts deposited together at a single time in graves and working backwards methodically from the earliest historical phases of Egypt. This method of dating is known as seriation
Seriation (archaeology)
In archaeology, seriation is a relative dating method in which assemblages or artifacts from numerous sites, in the same culture, are placed in chronological order. Where absolute dating methods, such as carbon dating, cannot be applied, archaeologists have to use relative dating methods to date...
.

Known wares discovered at strata in sometimes quite distant sites, the product of trade, helped extend the network of chronologies. Some cultures have retained the name applied to them in reference to characteristic forms, for lack of an idea of what they called themselves: "The Beaker People" in northern Europe during the 3rd millennium BCE, for example. The study of the means of placing pottery and other cultural artifacts into some kind of order proceeds in two phases, classification and typology: Classification creates categories for the purposes of description, and typology seeks to identify and analyse changes that allow artifacts to be placed into sequences.

Laboratory techniques developed particularly after mid-20th century helped constantly revise and refine the chronologies developed for specific cultural areas. Unrelated dating methods help reinforce a chronology, an axiom of corroborative evidence
Evidence
Evidence in its broadest sense includes everything that is used to determine or demonstrate the truth of an assertion. Giving or procuring evidence is the process of using those things that are either presumed to be true, or were themselves proven via evidence, to demonstrate an assertion's truth...
. Ideally, archaeological materials used for dating a site should complement each other and provide a means of cross-checking. Conclusions drawn from just one unsupported technique are usually regarded as unreliable.

Several legendary sources tend to assign unrealistically long lifespans to pre-historical heroes and monarchs (e.g., Egyptian, Chinese, Hebrews, Japanese), if the number of years there reported are understood as years of more than 340 days. Though chronologies formulated before the 1960s are subject to serious skepticism today, more recent results are more robust than readily appears to journalists and enthusiastic amateurs. Bayesian inference
Bayesian inference
In statistics, Bayesian inference is a method of statistical inference. It is often used in science and engineering to determine model parameters, make predictions about unknown variables, and to perform model selection...
can be applied in the analysis of chronological information, including radiocarbon-derived dates.