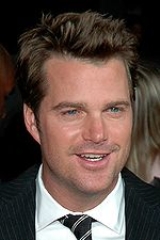 Encyclopedia
Christopher Eugene "Chris" O'Donnell (born June 26, 1970) is an American actor. He has played Robin
Robin (comics)
Robin is the name of several fictional characters appearing in comic books published by DC Comics, originally created by Bob Kane, Bill Finger and Jerry Robinson, as a junior counterpart to DC Comics superhero Batman...
in two Batman
Batman
Batman is a fictional character created by the artist Bob Kane and writer Bill Finger. A comic book superhero, Batman first appeared in Detective Comics #27 , and since then has appeared primarily in publications by DC Comics...
films, Batman Forever
Batman Forever
Batman Forever is a 1995 American superhero film directed by Joel Schumacher and produced by Tim Burton. Based on the DC Comics character Batman, the film is a sequel to Batman Returns , with Val Kilmer replacing Michael Keaton as Batman...
and Batman & Robin, Charlie Simms in Scent of a Woman
Scent of a Woman
This article is about the American film. For the Korean drama, see Scent of a Woman .Scent of a Woman is a 1992 drama film directed by Martin Brest that tells the story of a preparatory school student who takes a job as an assistant to an irascible, blind, medically retired Army officer...
, Finn Dandridge in Grey's Anatomy
Grey's Anatomy
Grey's Anatomy is an American medical drama television series created by Shonda Rhimes. The series premiered on March 27, 2005 on ABC; since then, seven seasons have aired. The series follows the lives of interns, residents and their mentors in the fictional Seattle Grace Mercy West Hospital in...
, Peter Garrett in Vertical Limit
Vertical Limit
Vertical Limit is a 2000 thriller action film directed by New Zealander Martin Campbell starring, among others, Chris O'Donnell, Bill Paxton, Robin Tunney and Scott Glenn...
, and more recently, Jack McAuliffe in The Company
The Company (TV miniseries)
The Company is a miniseries about the activities of the CIA during the Cold War. It was based on the best selling novel by Robert Littell. The teleplay adaptation was written by Ken Nolan.-Plot:...
. O'Donnell currently stars as NCIS
Naval Criminal Investigative Service
The United States Naval Criminal Investigative Service is the primary security, counter-intelligence, counter-terrorism, and law enforcement agency of the United States Department of the Navy...
Special Agent G. Callen on the CBS
CBS
CBS Broadcasting Inc. is a major US commercial broadcasting television network, which started as a radio network. The name is derived from the initials of the network's former name, Columbia Broadcasting System. The network is sometimes referred to as the "Eye Network" in reference to the shape of...
crime drama television series NCIS: Los Angeles.

O'Donnell, the youngest of seven children (with four sisters and two brothers), was born in Winnetka
Winnetka, Illinois
Winnetka is an affluent North Shore village located approximately north of downtown Chicago in Cook County, Illinois. Winnetka was featured on the list of America's 25 top-earning towns and "one of the best places to live" by CNN Money in 2011...
, Illinois. He is the son of Julie Ann Rohs von Brecht and William Charles O'Donnell, Sr., a general manager of WBBM-AM, a CBS radio station. O'Donnell is of paternal Irish
Irish American
Irish Americans are citizens of the United States who can trace their ancestry to Ireland. A total of 36,278,332 Americans—estimated at 11.9% of the total population—reported Irish ancestry in the 2008 American Community Survey conducted by the U.S. Census Bureau...
and maternal German
German American
German Americans are citizens of the United States of German ancestry and comprise about 51 million people, or 17% of the U.S. population, the country's largest self-reported ancestral group...
descent; he was raised in a devout Roman Catholic family and attended Roman Catholic schools, including Loyola Academy
Loyola Academy
Loyola Academy is a private, co-educational college preparatory high school, located in Wilmette, Illinois, a northern suburb of Chicago. Located in the Roman Catholic Archdiocese of Chicago, it is one of 47 Jesuit high schools in the United States and is a member of the Jesuit Secondary Education...
in Willmette, Illinois for high school, graduating in 1988. O'Donnell attended Boston College
Boston College
Boston College is a private Jesuit research university located in the village of Chestnut Hill, Massachusetts, USA. The main campus is bisected by the border between the cities of Boston and Newton. It has 9,200 full-time undergraduates and 4,000 graduate students. Its name reflects its early...
and graduated with a Bachelor of Science in marketing.

O'Donnell began modeling at the age of thirteen and was featured in several commercials.

O'Donnell followed with a starring role in 1996's The Chamber
The Chamber (film)
The Chamber is a 1996 drama/thriller film based on John Grisham's novel of the same name. The film was directed by James Foley and stars Gene Hackman and Chris O'Donnell.-Plot:...
, based on the John Grisham
John Grisham
John Ray Grisham, Jr. is an American lawyer and author, best known for his popular legal thrillers.John Grisham graduated from Mississippi State University before attending the University of Mississippi School of Law in 1981 and practiced criminal law for about a decade...
novel. He subsequently reprised his role in the Batman sequel, Batman & Robin, in 1997. Although a box office success, the movie was critically panned and O'Donnell himself has called it a low point in his career. He was considered for the lead role in Spider-Man
Spider-Man (film)
Spider-Man is a 2002 American superhero film, the first in the Spider-Man film series based on the fictional Marvel Comics character Spider-Man. It was directed by Sam Raimi and written by David Koepp...
, when the project was in development with James Cameron
James Cameron
James Francis Cameron is a Canadian-American film director, film producer, screenwriter, editor, environmentalist and inventor...
directing in 1996. Tobey Maguire
Tobey Maguire
Tobias Vincent "Tobey" Maguire is an American actor and producer. He began his career in the 1980s, and has achieved his greatest fame for his role as Peter Parker/Spider-Man in Sam Raimi's Spider-Man films.-Early life:...
was ultimately cast.

O'Donnell took a lead role in the Fox Network
Fox Broadcasting Company
Fox Broadcasting Company, commonly referred to as Fox Network or simply Fox , is an American commercial broadcasting television network owned by Fox Entertainment Group, part of Rupert Murdoch's News Corporation. Launched on October 9, 1986, Fox was the highest-rated broadcast network in the...
television series Head Cases
Head Cases
Head Cases is an American primetime comedy-drama television program, best known as the first show cancelled for the 2005–2006 season. It was broadcast by FOX and premiered on September 14, 2005...
in 2005. The show was the first show of the fall 2005 season to be canceled, and only two episodes were aired. He was subsequently cast as veterinarian
Veterinarian
A veterinary physician, colloquially called a vet, shortened from veterinarian or veterinary surgeon , is a professional who treats disease, disorder and injury in animals....
Finn Dandridge on the ABC
American Broadcasting Company
The American Broadcasting Company is an American commercial broadcasting television network. Created in 1943 from the former NBC Blue radio network, ABC is owned by The Walt Disney Company and is part of Disney-ABC Television Group. Its first broadcast on television was in 1948...
drama Grey's Anatomy
Grey's Anatomy
Grey's Anatomy is an American medical drama television series created by Shonda Rhimes. The series premiered on March 27, 2005 on ABC; since then, seven seasons have aired. The series follows the lives of interns, residents and their mentors in the fictional Seattle Grace Mercy West Hospital in...
.

He figured prominently in the TNT miniseries The Company
The Company (TV miniseries)
The Company is a miniseries about the activities of the CIA during the Cold War. It was based on the best selling novel by Robert Littell. The teleplay adaptation was written by Ken Nolan.-Plot:...
(which incidentally, also featured former Bruce Wayne/Batman actor Michael Keaton
Michael Keaton
Michael John Douglas , better known by the stage name Michael Keaton, is an American actor known for his early comedic roles, most notably his performance as the title character of Tim Burton's Beetlejuice . Keaton is also famous for his dramatic portrayal of Bruce Wayne/Batman in Tim Burton's...
, who didn't co-star with O'Donnell in Batman Forever and Batman & Robin) as fictional CIA case officer Jack McAuliffe, in a performance that subtly portrayed his character's progression from spoon-fed Yale elitist to jaded, post-Cold War cynic. Film projects for 2008 included Kit Kittredge: An American Girl
Kit Kittredge: An American Girl
Kit Kittredge: An American Girl is a 2008 American comedy-drama film directed by Patricia Rozema. The screenplay by Ann Peacock focuses on the American Girl character Kit Kittredge, who lives in Cincinnati, Ohio during the Great Depression...
and Max Payne
Max Payne (film)
Max Payne is a 2008 noir action film based on the 2001 video game of the same name by Remedy Entertainment. It was written by Beau Thorne and was directed by John Moore. The film stars Mark Wahlberg in the title role as Max Payne, Mila Kunis as Mona Sax, Chris "Ludacris" Bridges as Jim Bravura and...
.

O'Donnell stars in NCIS: Los Angeles, a spin-off of NCIS, as G. Callen, an NCIS Special Agent in charge of the Office of Special Projects Team stationed in Los Angeles. CBS
CBS
CBS Broadcasting Inc. is a major US commercial broadcasting television network, which started as a radio network. The name is derived from the initials of the network's former name, Columbia Broadcasting System. The network is sometimes referred to as the "Eye Network" in reference to the shape of...
describes Callen as "a chameleon who transforms himself into whomever he needs to be to infiltrate the criminal underworld."

Was once in a relationship with the actress Reese Witherspoon.
In 1996, O’Donnell proposed to girlfriend Caroline Fentress. He met her while in college and they married in 1997. The couple have five children – three sons and two daughters:

He has a home in Islesboro, Maine.