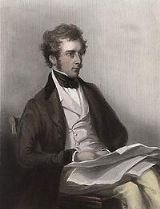 Encyclopedia
Charles Pelham Villiers (3 January 1802 – 16 January 1898) was a British lawyer
Lawyer
A lawyer, according to Black's Law Dictionary, is "a person learned in the law; as an attorney, counsel or solicitor; a person who is practicing law." Law is the system of rules of conduct established by the sovereign government of a society to correct wrongs, maintain the stability of political...
and politician
Politician
A politician, political leader, or political figure is an individual who is involved in influencing public policy and decision making...
who sat in the House of Commons from 1835 to 1898, making him the longest-serving Member of Parliament
Member of Parliament
A Member of Parliament is a representative of the voters to a :parliament. In many countries with bicameral parliaments, the term applies specifically to members of the lower house, as upper houses often have a different title, such as senate, and thus also have different titles for its members,...
(MP).

Villiers held Benthamite
Jeremy Bentham
Jeremy Bentham was an English jurist, philosopher, and legal and social reformer. He became a leading theorist in Anglo-American philosophy of law, and a political radical whose ideas influenced the development of welfarism...
political views, and enjoyed a long career in public service and Parliament
British House of Commons
The House of Commons is the lower house of the Parliament of the United Kingdom, which also comprises the Sovereign and the House of Lords . Both Commons and Lords meet in the Palace of Westminster. The Commons is a democratically elected body, consisting of 650 members , who are known as Members...
. In 1832, he was a Poor Law
Poor Law
The English Poor Laws were a system of poor relief which existed in England and Wales that developed out of late-medieval and Tudor-era laws before being codified in 1587–98...
Commissioner, and from 1833 to 1852 was examiner of witnesses in the Court of Chancery
Court of Chancery
The Court of Chancery was a court of equity in England and Wales that followed a set of loose rules to avoid the slow pace of change and possible harshness of the common law. The Chancery had jurisdiction over all matters of equity, including trusts, land law, the administration of the estates of...
.

Villiers was elected as a Liberal
Liberal Party (UK)
The Liberal Party was one of the two major political parties of the United Kingdom during the 19th and early 20th centuries. It was a third party of negligible importance throughout the latter half of the 20th Century, before merging with the Social Democratic Party in 1988 to form the present day...
Member of Parliament
Member of Parliament
A Member of Parliament is a representative of the voters to a :parliament. In many countries with bicameral parliaments, the term applies specifically to members of the lower house, as upper houses often have a different title, such as senate, and thus also have different titles for its members,...
for Wolverhampton
Wolverhampton (UK Parliament constituency)
Wolverhampton was a parliamentary constituency centred on the town of Wolverhampton in Staffordshire. It elected two Members of Parliament to the House of Commons of the Parliament of the United Kingdom.-History:...
in 1835. In 1837, 1838, 1839, 1840, 1841, 1842, 1843, 1844, 1845 he launched parliamentary debates in attempts to repeal the Corn Laws
Corn Laws
The Corn Laws were trade barriers designed to protect cereal producers in the United Kingdom of Great Britain and Ireland against competition from less expensive foreign imports between 1815 and 1846. The barriers were introduced by the Importation Act 1815 and repealed by the Importation Act 1846...
. In 1838, he spoke to over 5000 "working class men" in Manchester and told them that the presence of so large an audience gave him the proof that "the working class man was with him". Villiers was unsuccessful in his attempts, but in 1840 sat on the Committee on Import Duties that provided much of the evidence that pressured Robert Peel
Robert Peel
Sir Robert Peel, 2nd Baronet was a British Conservative statesman who served as Prime Minister of the United Kingdom from 10 December 1834 to 8 April 1835, and again from 30 August 1841 to 29 June 1846...
into his sliding scale concession in 1842. The bluebook produced by the Committee on Import Duties was published in pamphlet form and distributed across the country by the Anti Corn Law League, it was reprinted in America and quoted by all leading newspapers of the day, the Spectator published it in abridged form. In February 1842 Villiers was called by Monckton Milne MP the "solitary Robinson Crusoe standing on the barren rock of Corn Law repeal". In 1842, the majority in favour of retaining the Corn Laws had been 303, at the vote on Villiers motion in June 1845 it was down to 132. After repeal in 1846, the press said of Villiers that he was "the most persevering and undaunted supporter of those principles within the house". David Ricardo
David Ricardo
David Ricardo was an English political economist, often credited with systematising economics, and was one of the most influential of the classical economists, along with Thomas Malthus, Adam Smith, and John Stuart Mill. He was also a member of Parliament, businessman, financier and speculator,...
, Chairman of the Free Traders in London wished to raise money to give to Villiers in recognition of his work, Villiers declined this.

In 1847 he was also returned for Lancashire South but elected to sit for his former constituency, his election in Lancashire South was unsolicited but an honour conferred by the people there to express their gratitude for his goodwork with the repeal of the Corn Laws. Villiers was sworn of the Privy Council in 1853 and served under Lord Aberdeen
George Hamilton-Gordon, 4th Earl of Aberdeen
George Hamilton-Gordon, 4th Earl of Aberdeen KG, KT, FRS, PC , styled Lord Haddo from 1791 to 1801, was a Scottish politician, successively a Tory, Conservative and Peelite, who served as Prime Minister of the United Kingdom from 1852 until 1855.-Early life:Born in Edinburgh on 28 January 1784, he...
and Lord Palmerston
Henry Temple, 3rd Viscount Palmerston
Henry John Temple, 3rd Viscount Palmerston, KG, GCB, PC , known popularly as Lord Palmerston, was a British statesman who served twice as Prime Minister in the mid-19th century...
as Judge Advocate General from 1852 to 1858. In 1853 the Times
Times
The Times is a UK daily newspaper, the original English language newspaper titled "Times". Times may also refer to:In newspapers:*The Times , went defunct in 2005*The Times *The Times of Northwest Indiana...
observed that "it was Mr Charles Villiers who practically originated the Free Trade movement". He served under Palmerston and Lord Russell
John Russell, 1st Earl Russell
John Russell, 1st Earl Russell, KG, GCMG, PC , known as Lord John Russell before 1861, was an English Whig and Liberal politician who served twice as Prime Minister of the United Kingdom in the mid-19th century....
as President of the Poor Law Board
Poor Law Board
The Poor Law Board was established in the United Kingdom in 1847 as a successor body to the Poor Law Commission overseeing the administration of the 1834 Poor Law Amendment Act...
(with a seat in the cabinet) from 1859 to 1866.

Villier was offered a peerage in June 1885, but declined. His Wolverhampton constituency was divided under the Redistribution of Seats Act 1885
Redistribution of Seats Act 1885
The Redistribution of Seats Act 1885 was an Act of the Parliament of the United Kingdom. It was a piece of electoral reform legislation that redistributed the seats in the House of Commons, introducing the concept of equally populated constituencies, in an attempt to equalise representation across...
and he was then elected for Wolverhampton South
Wolverhampton South (UK Parliament constituency)
Wolverhampton South was a parliamentary constituency in the town of Wolverhampton in the West Midlands of England. It returned one Member of Parliament to the House of Commons of the Parliament of the United Kingdom.-History:...
, switching to the Liberal Unionist party in 1886. He was the Father of the House of Commons
Father of the House
Father of the House is a term that has by tradition been unofficially bestowed on certain members of some national legislatures, most notably the House of Commons in the United Kingdom. In some legislatures the term refers to the oldest member, but in others it refers the longest-serving member.The...
from 1890 until his death in 1898. However, the last time he attended Parliament was in 1895. During his time in Parliament he worked towards free trade
Free trade
Under a free trade policy, prices emerge from supply and demand, and are the sole determinant of resource allocation. 'Free' trade differs from other forms of trade policy where the allocation of goods and services among trading countries are determined by price strategies that may differ from...
and opposed the Corn Laws
Corn Laws
The Corn Laws were trade barriers designed to protect cereal producers in the United Kingdom of Great Britain and Ireland against competition from less expensive foreign imports between 1815 and 1846. The barriers were introduced by the Importation Act 1815 and repealed by the Importation Act 1846...
and home rule
Home rule
Home rule is the power of a constituent part of a state to exercise such of the state's powers of governance within its own administrative area that have been devolved to it by the central government....
for Ireland
Ireland
Ireland is an island to the northwest of continental Europe. It is the third-largest island in Europe and the twentieth-largest island on Earth...
. He is noted as being the voice in parliament of the free trade movement before the election of Richard Cobden
Richard Cobden
Richard Cobden was a British manufacturer and Radical and Liberal statesman, associated with John Bright in the formation of the Anti-Corn Law League as well as with the Cobden-Chevalier Treaty...
and John Bright
John Bright
John Bright , Quaker, was a British Radical and Liberal statesman, associated with Richard Cobden in the formation of the Anti-Corn Law League. He was one of the greatest orators of his generation, and a strong critic of British foreign policy...
. Villiers was the last remaining MP to have served under King William IV
William IV of the United Kingdom
William IV was King of the United Kingdom of Great Britain and Ireland and of Hanover from 26 June 1830 until his death...
.