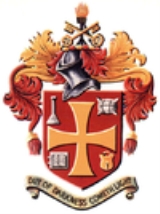 Overview
Wolverhampton is a city
City status in the United Kingdom
City status in the United Kingdom is granted by the British monarch to a select group of communities. The holding of city status gives a settlement no special rights other than that of calling itself a "city". Nonetheless, this appellation carries its own prestige and, consequently, competitions...
and metropolitan borough
Metropolitan borough
A metropolitan borough is a type of local government district in England, and is a subdivision of a metropolitan county. Created in 1974 by the Local Government Act 1972, metropolitan boroughs are defined in English law as metropolitan districts, however all of them have been granted or regranted...
in the West Midlands
West Midlands (county)
The West Midlands is a metropolitan county in western central England with a 2009 estimated population of 2,638,700. It came into existence as a metropolitan county in 1974 after the passage of the Local Government Act 1972, formed from parts of Staffordshire, Worcestershire and Warwickshire. The...
, England. For Eurostat
Eurostat
Eurostat is a Directorate-General of the European Commission located in Luxembourg. Its main responsibilities are to provide the European Union with statistical information at European level and to promote the integration of statistical methods across the Member States of the European Union,...
purposes Walsall and Wolverhampton is a NUTS 3 region (code UKG35) and is one of five boroughs or unitary districts that comprise the "West Midlands" NUTS 2 region
NUTS 2 statistical regions of the United Kingdom
In the NUTS codes of the United Kingdom of Great Britain and Northern Ireland , there are 38 level 2 statistical regions.-List of NUTS 2 statistical regions:-See also:* NUTS of the United Kingdom...
. In 2004, the local government district had an estimated population of 239,100; the wider Urban Area had a population of 251,462, which makes it the 13th most populous city in England.

I know my Father was a keen Wolves supporter when he lived in England. His name was Edward Bannister. Born Oakengates ( as near as I can make out) ...
More
x