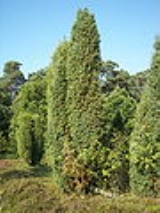 The Boreal Kingdom or Holarctic Kingdom (Holarctis) is a floristic kingdom identified by botanist Ronald Good (and later by Armen Takhtajan
Armen Takhtajan
Armen Leonovich Takhtajan or Takhtajian , was a Soviet-Armenian botanist, one of the most important figures in 20th century plant evolution and systematics and biogeography. His other interests included morphology of flowering plants, paleobotany, and the flora of the Caucasus...
), which includes the temperate
Temperate
In geography, temperate or tepid latitudes of the globe lie between the tropics and the polar circles. The changes in these regions between summer and winter are generally relatively moderate, rather than extreme hot or cold...
to Arctic
Arctic
The Arctic is a region located at the northern-most part of the Earth. The Arctic consists of the Arctic Ocean and parts of Canada, Russia, Greenland, the United States, Norway, Sweden, Finland, and Iceland. The Arctic region consists of a vast, ice-covered ocean, surrounded by treeless permafrost...
portions of North America
North America
North America is a continent wholly within the Northern Hemisphere and almost wholly within the Western Hemisphere. It is also considered a northern subcontinent of the Americas...
and Eurasia
Eurasia
Eurasia is a continent or supercontinent comprising the traditional continents of Europe and Asia ; covering about 52,990,000 km2 or about 10.6% of the Earth's surface located primarily in the eastern and northern hemispheres...
. Its flora
Flora
Flora is the plant life occurring in a particular region or time, generally the naturally occurring or indigenous—native plant life. The corresponding term for animals is fauna.-Etymology:...
is inherited from the ancient supercontinent
Supercontinent
In geology, a supercontinent is a landmass comprising more than one continental core, or craton. The assembly of cratons and accreted terranes that form Eurasia qualifies as a supercontinent today.-History:...
of Laurasia
Laurasia
In paleogeography, Laurasia was the northernmost of two supercontinents that formed part of the Pangaea supercontinent from approximately...
. However, much of the floristic kingdom (and most of its Circumboreal Region
Circumboreal Region
The Circumboreal Region is a floristic region within the Holarctic Kingdom in Eurasia and North America, as delineated by such geobotanists as Josias Braun-Blanquet and Armen Takhtajan....
) was glaciated during the Pleistocene
Pleistocene
The Pleistocene is the epoch from 2,588,000 to 11,700 years BP that spans the world's recent period of repeated glaciations. The name pleistocene is derived from the Greek and ....
and has a very young flora. Tertiary
Tertiary
The Tertiary is a deprecated term for a geologic period 65 million to 2.6 million years ago. The Tertiary covered the time span between the superseded Secondary period and the Quaternary...
relict
Relict
A relict is a surviving remnant of a natural phenomenon.* In biology a relict is an organism that at an earlier time was abundant in a large area but now occurs at only one or a few small areas....
s found refuge in the southern and mountainous parts of the kingdom, especially in the Eastern Asiatic Region
Eastern Asiatic Region
The Eastern Asiatic Region is the richest floristic region within the Holarctic Kingdom and situated in temperate East Asia...
and North American Atlantic Region
North American Atlantic Region
North American Atlantic Region is a floristic region within the Holarctic Kingdom identified by Armen Takhtajan and Robert F. Thorne, spanning from the Atlantic and Gulf coasts to the Great Plains and comprising a major part of the United States and southeastern portions of Canada...
.

Good noted that the plant species of temperate North America and Eurasia were very closely related, despite their separation by the Atlantic Ocean
Atlantic Ocean
The Atlantic Ocean is the second-largest of the world's oceanic divisions. With a total area of about , it covers approximately 20% of the Earth's surface and about 26% of its water surface area...
and the Bering Strait
Bering Strait
The Bering Strait , known to natives as Imakpik, is a sea strait between Cape Dezhnev, Chukotka Autonomous Okrug, Russia, the easternmost point of the Asian continent and Cape Prince of Wales, Alaska, USA, the westernmost point of the North American continent, with latitude of about 65°40'N,...
.

Millions of years ago, before the opening of the Atlantic Ocean, North America and Eurasia were joined as a single continent, Laurasia. After the opening of the Atlantic, the continents were connected to one another periodically via land bridges linking Alaska
Alaska
Alaska is the largest state in the United States by area. It is situated in the northwest extremity of the North American continent, with Canada to the east, the Arctic Ocean to the north, and the Pacific Ocean to the west and south, with Russia further west across the Bering Strait...
and Siberia
Siberia
Siberia is an extensive region constituting almost all of Northern Asia. Comprising the central and eastern portion of the Russian Federation, it was part of the Soviet Union from its beginning, as its predecessor states, the Tsardom of Russia and the Russian Empire, conquered it during the 16th...
. Until a few million years ago, the global climate
Climate
Climate encompasses the statistics of temperature, humidity, atmospheric pressure, wind, rainfall, atmospheric particle count and other meteorological elemental measurements in a given region over long periods...
was warmer than at present, especially at higher latitudes, and many temperate climate species were distributed across North America and Eurasia via Alaska and Siberia. The sharply cooler climate of the past few million years eliminated a temperate-zone connection between North America and Eurasia, but common Laurasian origins and a long history of temperate-climate land bridges account for the botanical similarities between the temperate floras on the two continents.

A floristic kingdom is the botanical analogue to an ecozone
Ecozone
An ecozone is the broadest biogeographic division of the Earth's land surface, based on distributional patterns of terrestrial organisms.Ecozones delineate large areas of the Earth's surface within which organisms have been evolving in relative isolation over long periods of time, separated from...
, which takes into account the distribution of animal as well as plant species. Many biogeographers
Biogeography
Biogeography is the study of the distribution of species , organisms, and ecosystems in space and through geological time. Organisms and biological communities vary in a highly regular fashion along geographic gradients of latitude, elevation, isolation and habitat area...
distinguish the Boreal Kingdom as comprising two ecozones, the Nearctic
Nearctic
The Nearctic is one of the eight terrestrial ecozones dividing the Earth's land surface.The Nearctic ecozone covers most of North America, including Greenland and the highlands of Mexico...
(North America) and Palearctic
Palearctic
The Palearctic or Palaearctic is one of the eight ecozones dividing the Earth's surface.Physically, the Palearctic is the largest ecozone...
(Eurasia). Others, based on the distribution of related plant and animal families, include the Palearctic and Nearctic in a single Holarctic
Holarctic
The Holarctic ecozone refers to the habitats found throughout the northern continents of the world as a whole. This region is divided into the Palearctic, consisting of Northern Africa and all of Eurasia, with the exception of Southeast Asia and the Indian subcontinent, and the Nearctic,...
ecozone, which corresponds to Good's Boreal Kingdom.

The kingdom is subdivided into three floristic subkingdoms and nine floristic regions.