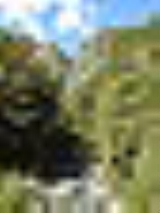 What are the contnents
More

In geology
Geology
Geology is the science comprising the study of solid Earth, the rocks of which it is composed, and the processes by which it evolves. Geology gives insight into the history of the Earth, as it provides the primary evidence for plate tectonics, the evolutionary history of life, and past climates...
, a supercontinent is a landmass
Landmass
A landmass is a contiguous area of land surrounded by ocean. Although it may be most often written as one word to distinguish it from the usage "land mass"—the measure of land area—it is also used as two words.Landmasses include:*supercontinents...
comprising more than one continent
Continent
A continent is one of several very large landmasses on Earth. They are generally identified by convention rather than any strict criteria, with seven regions commonly regarded as continents—they are : Asia, Africa, North America, South America, Antarctica, Europe, and Australia.Plate tectonics is...
al core, or craton
Craton
A craton is an old and stable part of the continental lithosphere. Having often survived cycles of merging and rifting of continents, cratons are generally found in the interiors of tectonic plates. They are characteristically composed of ancient crystalline basement rock, which may be covered by...
. The assembly of cratons and accreted terranes
Terrane
A terrane in geology is short-hand term for a tectonostratigraphic terrane, which is a fragment of crustal material formed on, or broken off from, one tectonic plate and accreted or "sutured" to crust lying on another plate...
that form Eurasia
Eurasia
Eurasia is a continent or supercontinent comprising the traditional continents of Europe and Asia ; covering about 52,990,000 km2 or about 10.6% of the Earth's surface located primarily in the eastern and northern hemispheres...
qualifies as a supercontinent today.


Mechanism of generation and dispersal

The continental lithosphere is 80 – thick. When continents rift into separate plates, the thicker lithosphere gives way to thinner lithosphere of the oceans. Also, the transition from a continental rift to an oceanic rift is accompanied by block faulting, where blocks of continental crust drop down along extensional faults where the crust is being pulled apart. This results in a deep rift valley and a thinning of the crust. The African rift valley
East African Rift
The East African Rift is an active continental rift zone in eastern Africa that appears to be a developing divergent tectonic plate boundary. It is part of the larger Great Rift Valley. The rift is a narrow zone in which the African Plate is in the process of splitting into two new tectonic plates...
is an active rifting event. Rifting of a continent begins with hot-spot volcanism at rift valleys. Hot spots burn holes through the crust and cause it to weaken. The crust under a rift is only 30 – thick.

Because the continental crust is so much thicker than the oceanic crust, it conducts heat less efficiently, making it function like an insulating blanket. If a supercontinent covers a portion of the earth’s surface where heat from the mantle accumulates under the crust, it causes the land mass to dome upward. This creates a superswell. The continued bulging causes supercontinents to rift apart with individual, broken-off continents sliding off the superswell. The continents then move toward colder sinking regions in the mantle and become stranded over cool downflows of mantle rock. After the continents are separated, heat from the mantle is more easily conducted through the newly formed ocean basin. After so much heat has escaped, the continents halt their outward progress and begin to return to their places of origin.

The landmasses surrounding the Pacific Basin apparently have not undergone continental collision. The Pacific Basin has narrowed and widened in response to the continental breakup dispersal and reconvergence in the area of the Atlantic Ocean. When today’s continents have reached their maximum dispersal (millions of years from now), the crust of the Atlantic Ocean bordering the continents will grow dense enough to sink into the mantle; creating subduction zones around the Atlantic Basin. This subduction into the mantle will begin the process of closing the Atlantic Basin. Eventually all continents will rejoin into another supercontinent over a large mantle downflow and the cycle of dispersal and rejoining will begin again.

The cycle of rifting and patching repeats itself roughly every 450 million years.