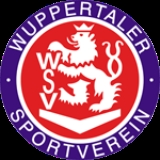 Encyclopedia
Wuppertaler SV Borussia is a German association football club
Football in Germany
Association football is the most popular sport in Germany. The German Football Association is the sport's national governing body, with 6.6 million members organized in over 26,000 football clubs. There is a league system, with the 1. and 2. Bundesliga on top, and the winner of the first...
located in Wuppertal
Wuppertal
Wuppertal is a city in North Rhine-Westphalia, Germany. It is located in and around the Wupper river valley, and is situated east of the city of Düsseldorf and south of the Ruhr area. With a population of approximately 350,000, it is the largest city in the Bergisches Land...
, North Rhine-Westphalia. The city was founded in 1929 out of the union of a number of smaller towns including Elberfeld
Elberfeld
Elberfeld is a municipal subdivision of the German city of Wuppertal; it was an independent town until 1929.-History:The first official mentioning of the geographic area on the banks of today's Wupper River as "elverfelde" was in a document of 1161...
, Barmen, Vohwinkel, Cronenberg and Ronsdorf – each with its own football club. Wuppertal Sport Verein was formed in 1954 out of the merger TSG Vohwinkel and SSV Wuppertal and was later joined by Borussia Wuppertal to form the present day club. In addition to the football side, today's sports club includes departments for boxing
Boxing
Boxing, also called pugilism, is a combat sport in which two people fight each other using their fists. Boxing is supervised by a referee over a series of between one to three minute intervals called rounds...
, gymnastics, handball
Team handball
Handball is a team sport in which two teams of seven players each pass a ball to throw it into the goal of the other team...
, and track and field.

TSG was active as a gymnastics club as early as 1880 while the roots of SSV go back to the 1904 establishment of the winter sports club Bergischer Wintersport-und SV 04 Elberfeld, which was known simply as SSV Elberfeld by 1905. This club took part in the early rounds of the national finals in 1930–31 and went on to play in the Gauliga Niederrhein
Gauliga Niederrhein
The Gauliga Niederrhein was the highest football league in the northern part of the Prussian Rhine Province from 1933 to 1945. Shortly after the formation of the league, the Nazis reorganised the administrative regions in Germany, and the Gaue Essen and Düsseldorf replaced the Prussian province in...
, one of sixteen top-flight divisions formed in the 1933 re-organization of German football under the Third Reich, for two seasons in 1936–37 and 1937–38. The side was re-christened SSV 04 Wuppertal the following year and remained in the Gauliga another two seasons until relegated in 1940. They returned to first tier football in 1941 and earned a strong third place finish, but left the division part way through the 1942–43 season because they were unable to continue to field a full side as a result of wartime manpower shortages.

After World War II
World War II
World War II, or the Second World War , was a global conflict lasting from 1939 to 1945, involving most of the world's nations—including all of the great powers—eventually forming two opposing military alliances: the Allies and the Axis...
, TSG Vohwinkel emerged as the stronger side and took up play in the first division Oberliga West
Oberliga West (1947-63)
The Oberliga West was the highest level of the German football league system in the west of Germany from 1947 until the formation of the Bundesliga in 1963...
in 1947 where they would compete until being relegated after a 14th place finish in 1950.

Both clubs were part of the 2nd Oberliga West
2nd Oberliga West
The 2nd Oberliga West was the second-highest level of the German football league system in the west of Germany from 1949 until the formation of the Bundesliga in 1963. It covered the state of Nordrhein-Westfalen, the most populous state of Germany....
(II) through the early 1950s, SSV under the guidance of coach Fritz Szepan
Fritz Szepan
Friedrich "Fritz" Szepan was a German footballer in the period leading up to and including World War II. He spent his entire career with Schalke 04 where he won six national championships and one German Cup. He is commonly regarded as one of the greatest Schalke players of all time...
, one-time star of Schalke 04 which had dominated German football from the mid-1930s to the mid-1940s. The union of the two associations that created Wuppertal SV in 1954 paid almost immediate dividends as the combined side vaulted to the top and captured the division title in 1954–55. Wuppertals return to the Oberliga was less successful despite the presence of players such as rising star Horst Szymaniak
Horst Szymaniak
Horst Szymaniak was a former German football player.- Career :Clubs he played for include: SpVgg Erkenschwick, Wuppertaler SV, Karlsruher SC, Calcio Catania, F.C. Internazionale Milano, A.S...
and Austrian international Erich Probst
Erich Probst
Erich Probst was an Austrian footballer.-International career:Probst made his debut for Austria in a May 1951 friendly match against Scotland and was a participant at the 1954 FIFA World Cup tournament 1954 in Switzerland, where he was one of the foremost strikers...
. The club could not escape the lower half of the table and was relegated following a next-to-last place finish in 1958.

WSV returned to the top flight for the 1962–1963 campaign, which was the last Oberliga season before the creation of the new first division Bundesliga. Although they had a poor regular season, the team enjoyed a good German Cup run, advancing to the semi-finals where they lost a closely fought match (0:1) to first division side and eventual cup winners Hamburger SV
Hamburger SV
Hamburger Sport-Verein, usually referred to as HSV in Germany and Hamburg in international parlance, is a German multi-sport club based in Hamburg, its largest branch being its football department...
before a record hometown crowd of 40,000.


Rise to the Bundesliga

The following year the club became part of the Regionalliga West, one of five divisions on the newly established second tier circuit. Wuppertal delivered a solid performance, finishing second in their division to Alemannia Aachen
Alemannia Aachen
Alemannia Aachen is a German football club from the western city of Aachen, North Rhine-Westphalia. A long term fixture of the country's second division, Alemannia enjoyed a three-year turn in the top flight in the late 1960s and, after a successful 2005–06 campaign, returned to first division play...
. They remained competitive throughout the remainder of the 60s and on into the early 70s when they broke through to the top flight on the strength of a Regionalliga West title and victory in the subsequent Bundesliga promotion playoffs in 1972. WSV swept its opposition, winning all eight of its promotion round matches, a feat unique in the 11 seasons played under this playoff format.

Die Löwen would play three seasons in the top flight with their debut season being their most successful. While they never seriously challenged eventual champions Bayern Munich for the title, newly promoted WSV spent five weeks in second place before finally settling for a fourth place finish – a result that has only been bettered twice by teams newly promoted to the Bundesliga. This earned the club a place in the UEFA Cup
UEFA Cup
The UEFA Europa League is an annual association football cup competition organised by UEFA since 1971 for eligible European football clubs. It is the second most prestigious European club football contest after the UEFA Champions League...
tournament where they would go out in the first round 6:8 on aggregate (1:4, 5:4) to Polish side Ruch Chorzów
Ruch Chorzów
Ruch Chorzów is a Polish association football club based in Chorzów, Upper Silesia. It is one of the most successful football teams in Poland: 14 time national champion, and 3 time winner of the Polish Cup. Currently the team plays in the top Polish league, the Ekstraklasa. Their stadium capacity...
.

However, the club was spent the next season and only escaped relegation on goal difference after an 82nd minute away goal in the final match of their campaign in Stuttgart
VfB Stuttgart
Verein für Bewegungsspiele Stuttgart 1893 e. V., commonly known as VfB Stuttgart, is a German sports club based in Stuttgart, Baden-Württemberg. The club is best known for its football team, which has participated in all but two Bundesliga seasons...
. Widely regarded as having too old a roster to compete, the following year the club stumbled to an ignominious last place finish on 12 points. This stands as the second-worst ever Bundesliga result, only four points better than the sad sack Tasmania Berlin
Tasmania 1900 Berlin
SC Tasmania 1900 Berlin was a German association football club based in the Berlin district of Neukölln.- Tasmania 1900 :The team was founded on 2 June 1900 as Rixdorfer TuFC Tasmania 1900, changing its name when Rixdorf was re-named Neukölln in 1912...
side of 1965–66. The only bright spot of this miserable campaign was a 3:1 victory over the Bayern Munich side built around Franz Beckenbauer
Franz Beckenbauer
Franz Anton Beckenbauer is a German football coach, manager, and former player, nicknamed Der Kaiser because of his elegant style, his leadership, his first name "Franz" , and his dominance on the football pitch...
which dominated European football at the time.

After their turn in the Bundesliga Wuppertal spent four seasons in the second tier 2.Bundesliga before playing a dozen seasons in the Amateur Oberliga Nordrhein (III). A series of strong finishes in the late 80s eventually led to a return to the 2.Bundesliga for the 1993 and 1994 seasons before relegation once again to third tier football in the Regionalliga West/Südwest.

The club had a close brush with bankruptcy in 1998 and the next season was sent down to the Oberliga Nordrhein (IV) for failing to pay their dues. By 2003 they had earned a return to the Regionalliga Nord (III) where they compete today.

In 2004, the club merged with Borussia Wuppertal to become Wuppertaler SV Borussia adopting the red and blue colours and logo of the more senior WSV. Borussia had been formed in 1976 through the union of SV Germania 1907 Wuppertal and VfL 1912 Wuppertal. Like SSV, Germania was also the successor to an Elberfeld club – Germania Elberfeld – which took part in the preliminary rounds of the national finals in the early 30s. While Borussia quickly developed into a competitive side, they were not financially strong enough to support their ambition and joined forces with WSV in hopes of returning the city to football prominence. From supporter's side, the additional name Borussia today is still rejected regarded to the club's history. This controversy and the recent merger remains a subject of discussion at annual meetings.

In the 2007–08 DFB-Pokal
DFB-Pokal
The DFB-Pokal or DFB Cup is a German knockout football cup competition held annually. 64 teams participate in the competition, including all clubs from the Bundesliga and the 2nd Bundesliga. It is considered the second most important national title in German football after the Bundesliga...
(German Cup) tournament Wuppertaler SV reached the Round of 16 after beating Erzgebirge Aue (4:3 on penalties) and Hertha BSC Berlin
Hertha BSC Berlin
Hertha Berliner Sport-Club von 1892, commonly known as Hertha BSC or Hertha Berlin, is a German association football club based in Berlin. A founding member of the German Football Association in Leipzig in 1900, the club has a long history as Berlin's best-supported side...
(2:0). They were put out by eventual cup winners Bayern Munich (2:5). Because of the small capacity of Stadion am Zoo
Stadion am Zoo
The Stadion am Zoo is a multi-purpose stadium in Wuppertal, Germany. It is currently used mostly for football matches and hosts the home matches of Wuppertaler SV Borussia. The stadium is able to hold 23,067 people and was built in 1924....
, the match was played in the Veltins Arena in Gelsenkirchen
Gelsenkirchen
Gelsenkirchen is a city in North Rhine-Westphalia, Germany. It is located in the northern part of the Ruhr area. Its population in 2006 was c. 267,000....
.