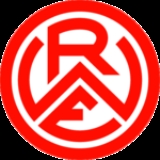 Encyclopedia
Rot-Weiss Essen is a German association football club
Football in Germany
Association football is the most popular sport in Germany. The German Football Association is the sport's national governing body, with 6.6 million members organized in over 26,000 football clubs. There is a league system, with the 1. and 2. Bundesliga on top, and the winner of the first...
based in Essen
Essen
- Origin of the name :In German-speaking countries, the name of the city Essen often causes confusion as to its origins, because it is commonly known as the German infinitive of the verb for the act of eating, and/or the German noun for food. Although scholars still dispute the interpretation of...
, North Rhine-Westphalia.

The club was formed as SV Vogelheim on 1 February 1907 out of the merger of two smaller clubs: SC Preussen and Deutsche Eiche. In 1910, Vogelheim came to an arrangement with Turnerbund Bergeborbeck that allowed the two clubs to field a football side. The footballers left in 1913 to set up their own club, Spiel- und Sportverein Emscher-Vogelheim, which changed its name to Spiel und Sport 1912 after World War I. Finally, in 1923, this side turned again to Turnerbund Bergeborbeck to create Rot-Weiss Essen.

In 1938, RWE broke into top-flight football in the Gauliga Niederrhein
Gauliga Niederrhein
The Gauliga Niederrhein was the highest football league in the northern part of the Prussian Rhine Province from 1933 to 1945. Shortly after the formation of the league, the Nazis reorganised the administrative regions in Germany, and the Gaue Essen and Düsseldorf replaced the Prussian province in...
, one of sixteen premier divisions formed in the 1933 re-organization of German football under the Third Reich, and came within a point of taking the division title in 1941. In 1943 they played with BV Altenessen as the combined wartime side KSG SC Rot-Weiß Essen/BV 06 Altenessen. The next season this club was in turn joined by BVB Essen, but played only a single match in a stillborn season as World War II overtook the country.

The club returned to first division football in the Oberliga West in 1948, where a series of solid performances led to a divisional championship in 1952. The pinnacle of the club's success came with a 2–1 win over Alemannia Aachen
Alemannia Aachen
Alemannia Aachen is a German football club from the western city of Aachen, North Rhine-Westphalia. A long term fixture of the country's second division, Alemannia enjoyed a three-year turn in the top flight in the late 1960s and, after a successful 2005–06 campaign, returned to first division play...
in the 1953 DFB-Pokal
DFB-Pokal
The DFB-Pokal or DFB Cup is a German knockout football cup competition held annually. 64 teams participate in the competition, including all clubs from the Bundesliga and the 2nd Bundesliga. It is considered the second most important national title in German football after the Bundesliga...
final, followed by a national championship in 1955 when it beat 1. FC Kaiserslautern
1. FC Kaiserslautern
1. Fußball-Club Kaiserslautern, also known as 1. FCK, FCK or simply Kaiserslautern, is a German association football club based in Kaiserslautern, Rhineland-Palatinate. On 2 June 1900, Germania 1896 and FG Kaiserslautern merged to create FC 1900...
4–3. The following season, Rot-Weiss became the first German side to qualify for the European Cup
UEFA Champions League
The UEFA Champions League, known simply the Champions League and originally known as the European Champion Clubs' Cup or European Cup, is an annual international club football competition organised by the Union of European Football Associations since 1955 for the top football clubs in Europe. It...
.

Their performance tailed off after this and RWE became just another mid-table side before they were relegated in 1961. The club then played most of the 1960s as a second division side, but did manage its first appearance in the top flight Bundesliga
Fußball-Bundesliga
The Fußball-Bundesliga is a professional association football league in Germany. At the top of Germany's football league system, it is the country's primary football competition. It is contested by 18 teams and operates on a system of promotion and relegation with the 2. Bundesliga...
in 1966–67. It returned to the Bundesliga for two seasons in 1969–70, and again, for four seasons beginning in 1973–74. Since then Rot-Weiss has been a solid second or third tier club, with just one season spent in the Oberliga Nordrhein
Oberliga Nordrhein
The Oberliga Nordrhein was the highest Football League in the region of Nordrhein which is part of the state of North Rhine-Westphalia from 1978 to 2008. In its last season, it was one of nine Oberligas in German Football, the 4th tier of the German football league system...
(IV) in 1998–99.

The club has been plagued by financial problems that saw it denied a license in 1984, 1991, and 1994, leading to demotion from the 2.Bundesliga each time as a result. Bright spots during this period included winning the German amateur championship in 1992 and an appearance in the 1994 German Cup final, which they lost 1–3 to SV Werder Bremen
SV Werder Bremen
SV Werder Bremen is a German sports club best known for its association football team playing in Bremen, in the northwest German federal state of the same name. The club was founded on 4 February 1899 as Fußballverein Werder by a group of sixteen vocational high school students who had won a prize...
.

RWE returned to the Regionalliga Nord
Regionalliga Nord
The Regionalliga Nord is currently the fourth tier of the German football league system. Until the introduction of the 3rd Liga in 2008 it was the third tier. It currently is the highest regional league for the northern and eastern part of Germany. It covers ten of the sixteen states of Germany...
(III) in 1999, and dropped still further to the Oberliga (IV) the next season. In 2004, they won promotion back to the 2. Bundesliga, but stumbled to a 17th place finish and were relegated once again. They reappeared in second division play on the strength of a first place Regionalliga finish, but narrowly missed staying up when they lost the critical final match of the 2006–07 season 0–3 to Duisburg. Rot-Weiss became a fourth division side following the introduction of the 3. Liga in 2008 and a fifth division team after 2010-11 league reformations.

Although mostly playing in lower divisions, the club enjoys solid fan support, with an average attendance of better than 6,000 per game currently (2010-11).

The RWE followers have a strong fan friendship with SV Werder Bremen
SV Werder Bremen
SV Werder Bremen is a German sports club best known for its association football team playing in Bremen, in the northwest German federal state of the same name. The club was founded on 4 February 1899 as Fußballverein Werder by a group of sixteen vocational high school students who had won a prize...
, while another with Borussia Dortmund
Borussia Dortmund
Ballspielverein Borussia Dortmund, commonly BVB, are a German sports club based in Dortmund, North Rhine-Westphalia. Dortmund are one of the most successful clubs in German football history. Borussia Dortmund play in the Bundesliga, the top league of German football...
ended very badly and now Essen and Dortmund's supporters see themselves as enemies. RWE supporters have a very bad reputation in Germany.