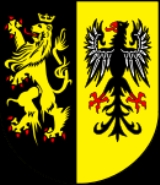 Encyclopedia
The Vogtlandkreis is a Landkreis (rural district) in the southwest of the Free State of Saxony, Germany
Germany
Germany , officially the Federal Republic of Germany , is a federal parliamentary republic in Europe. The country consists of 16 states while the capital and largest city is Berlin. Germany covers an area of 357,021 km2 and has a largely temperate seasonal climate...
, at the borders to Thuringia
Thuringia
The Free State of Thuringia is a state of Germany, located in the central part of the country.It has an area of and 2.29 million inhabitants, making it the sixth smallest by area and the fifth smallest by population of Germany's sixteen states....
, Bavaria
Bavaria
Bavaria, formally the Free State of Bavaria is a state of Germany, located in the southeast of Germany. With an area of , it is the largest state by area, forming almost 20% of the total land area of Germany...
, and the Czech Republic
Czech Republic
The Czech Republic is a landlocked country in Central Europe. The country is bordered by Poland to the northeast, Slovakia to the east, Austria to the south, and Germany to the west and northwest....
. Neighboring districts are (from south clockwise) Hof
Hof (district)
Hof is a district in Bavaria, Germany. It is bounded by the districts of Wunsiedel, Bayreuth, Kulmbach and Kronach, the states of Thuringia and Saxony , and the Czech Republic...
, Saale-Orla, Greiz
Greiz (district)
Greiz is a Kreis in the east of Thuringia, Germany. Neighboring districts are Saale-Holzland, Saale-Orla,district-free city Gera, the Burgenlandkreis in Saxony-Anhalt, Altenburger Land, and the two Saxon districts Zwickauer Land and Vogtlandkreis.- History :Historically the area of the district...
, Zwickau
Zwickau (district)
Zwickau is a district in the Free State of Saxony, Germany.- History :The district was established by merging the former districts Zwickauer Land, Chemnitzer Land and the urban district Zwickau as part of the district reform of August 2008....
and Erzgebirgskreis
Erzgebirgskreis
Erzgebirgskreis is a district in the Free State of Saxony, Germany. It is named after the Erzgebirge , a mountain range in the southern part of the district which forms part of the Germany–Czech Republic border...
. Plauen
Plauen
Plauen is a town in the Free State of Saxony, east-central Germany.It is the capital of the Vogtlandkreis. The town is situated near the border of Bavaria and the Czech Republic.Plauen's slogan is Plauen - echt Spitze.-History:...
is the administrative center of the district.

The Vogtland
Vogtland
The term Vogtland refers to a region reaching across the German free states of Bavaria, Saxony and Thuringia and into the Czech Republic . The name of the region contains a reference to the former leadership by the Vögte of Weida, Gera and Plauen, which translates approximately to advocates or lord...
became part of the Holy Roman Empire
Holy Roman Empire
The Holy Roman Empire was a realm that existed from 962 to 1806 in Central Europe.It was ruled by the Holy Roman Emperor. Its character changed during the Middle Ages and the Early Modern period, when the power of the emperor gradually weakened in favour of the princes...
in the 12th century by king Conrad III
Conrad III
Conrad III may refer to:*Conrad III of Provence *Conrad III, Duke of Bavaria *Conrad III of Germany *Conrad III of Dachau *Conrad III of Jerusalem...
. In 1209 the minister dynasty administrating the area split into three lines, Weida, Greiz and Gera-Plauen. When the central power over the area decreased these leaders, called in Latin
Latin
Latin is an Italic language originally spoken in Latium and Ancient Rome. It, along with most European languages, is a descendant of the ancient Proto-Indo-European language. Although it is considered a dead language, a number of scholars and members of the Christian clergy speak it fluently, and...
advocatus or in German
German language
German is a West Germanic language, related to and classified alongside English and Dutch. With an estimated 90 – 98 million native speakers, German is one of the world's major languages and is the most widely-spoken first language in the European Union....
Vögte could rise from administrators to actual county leaders. 1354-1357 the Vogtland war ended these leadership and the area changed ownership to Bohemia
Bohemia
Bohemia is a historical region in central Europe, occupying the western two-thirds of the traditional Czech Lands. It is located in the contemporary Czech Republic with its capital in Prague...
.

In 1546 Henry IV from Plauen got the area from the Bohemian king and later emperor Ferdinand I
Ferdinand I, Holy Roman Emperor
Ferdinand I was Holy Roman Emperor from 1558 and king of Bohemia and Hungary from 1526 until his death. Before his accession, he ruled the Austrian hereditary lands of the Habsburgs in the name of his elder brother, Charles V, Holy Roman Emperor.The key events during his reign were the contest...
. His children did not only inherit the land, but also very high debt, so to pay these 1563 the area was bought by Saxony
Saxony
The Free State of Saxony is a landlocked state of Germany, contingent with Brandenburg, Saxony Anhalt, Thuringia, Bavaria, the Czech Republic and Poland. It is the tenth-largest German state in area, with of Germany's sixteen states....
from Henry VI, and when in 1569 Henry VI finally ceased to claim ownership the new leadership created the first Vogtland district (Voigtländischen Creiß).

1657-1718 Saxony
Saxony
The Free State of Saxony is a landlocked state of Germany, contingent with Brandenburg, Saxony Anhalt, Thuringia, Bavaria, the Czech Republic and Poland. It is the tenth-largest German state in area, with of Germany's sixteen states....
was split into parts, the Vogtland belonged to Saxony-Zeitz. In 1835 the new constitutional monarchy
Constitutional monarchy
Constitutional monarchy is a form of government in which a monarch acts as head of state within the parameters of a constitution, whether it be a written, uncodified or blended constitution...
changed the administration and abolished the old district, and instead the Amtshauptmannschaft Plauen was created, and in 1867 those of Auerbach and Oelsnitz. 1907 the city of Plauen
Plauen
Plauen is a town in the Free State of Saxony, east-central Germany.It is the capital of the Vogtlandkreis. The town is situated near the border of Bavaria and the Czech Republic.Plauen's slogan is Plauen - echt Spitze.-History:...
left the district and became district-free city.

1952 the East German government with the big administrative reform renamed them to Kreise (districts), and created the new districts Klingenthal and Reichenbach by decreasing the size of the previous ones. After the German Reunification
German reunification
German reunification was the process in 1990 in which the German Democratic Republic joined the Federal Republic of Germany , and when Berlin reunited into a single city, as provided by its then Grundgesetz constitution Article 23. The start of this process is commonly referred by Germans as die...
the changes of the 1952 reform were mostly undone, and in 1996 the 5 districts were merged to form the Vogtlandkreis.

In the district reform of August 1, 2008 the town of Plauen was included into the district.

The Vogtlandkreis is named after the geographic area it covers, the Vogtland. Located in the Erzgebirge it contains a lot of forests. The main river is the Weiße Elster.

The first German cosmonaut
Astronaut
An astronaut or cosmonaut is a person trained by a human spaceflight program to command, pilot, or serve as a crew member of a spacecraft....
, Sigmund Jähn
Sigmund Jähn
Sigmund Werner Paul Jähn is a German pilot who became the first German to fly in space as part of the Soviet Union's Interkosmos program.-Biography:Jähn was born in Morgenröthe-Rautenkranz, in the Vogtland district of Saxony, Germany...
was born in the Vogtland. His hometown, the small town of Morgenröthe-Rautenkranz, in the municipality Muldenhammer
Muldenhammer
Muldenhammer is a municipality in the Vogtlandkreis district, in Saxony, Germany. It was formed by the merger of the previously independent municipalities Hammerbrücke, Morgenröthe-Rautenkranz and Tannenbergsthal, on 1 October 2009....
, houses a small Space Exploration exhibition.