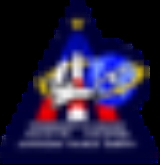 Encyclopedia
Valeri Ivanovich Tokarev , Russia
Russia
Russia or , officially known as both Russia and the Russian Federation , is a country in northern Eurasia. It is a federal semi-presidential republic, comprising 83 federal subjects...
n Air Force Colonel and test cosmonaut
Astronaut
An astronaut or cosmonaut is a person trained by a human spaceflight program to command, pilot, or serve as a crew member of a spacecraft....
at the Yuri A. Gagarin Cosmonaut Training Center, was born October 29, 1952 in the town of Kap-Yar, Astrakhan Oblast
Astrakhan Oblast
Astrakhan Oblast is a federal subject of Russia . Its administrative center is the city of Astrakhan.-Demographics:Population: Ethnic groups...
and currently resides at Star City
Star City, Russia
Star City is a common name of an area in Moscow Oblast, Russia, which has since the 1960s been home to the Yuri Gagarin Cosmonaut Training Center...
, Moscow Region. He has traveled to space twice and has performed two career spacewalks. He retired on June 10, 2008.

Tokarev was born October 29, 1952 in the town of Kap-Yar, Astrakhan Region Resides at Star City, Moscow Region. He is married to Irina Nikolayevna (Tokareva). They have two children: a daughter, Olya, and a son, Ivan. His mother, Lidiya Nikolayevna (Tokareva), lives in the city of Rostov
Rostov
Rostov is a town in Yaroslavl Oblast, Russia, one of the oldest in the country and a tourist center of the Golden Ring. It is located on the shores of Lake Nero, northeast of Moscow. Population:...
, Yaroslavl Region. His father, Ivan Pavlovich, died in an auto accident in 1972. Valeri Tokarev enjoys nature, automobiles, airplanes, and game sports.

In 1973 Tokarev graduated from Stavropol Higher Military Aviation School for Pilots and Navigators. In 1982 he completed with honours his studies at the Test Pilot Training Center (TPTC) in Ahtubinsk. In 1989-1993 he studied by correspondence at the Yu. A. Gagarin Military Air Academy in Monino. In 1996-1997 Tokarev studied at the National Economy Academy under the Russian Federation Government, full-time/correspondence tuition and received a Master's degree in State Administration.

In 1987, Valeri Tokarev was selected to join the cosmonaut corps to test and fly the Buran
Shuttle Buran
The Buran spacecraft , GRAU index 11F35 K1 was a Russian orbital vehicle analogous in function and design to the US Space Shuttle and developed by Chief Designer Gleb Lozino-Lozinskiy of Energia rocket corporation...
spacecraft. Since 1994, he has served as commander of a group of cosmonauts of aerospace systems. Since termination of the Buran program in 1997, Tokarev has been assigned as a test cosmonaut at the Yuri A. Gagarin Cosmonaut Training Center.

Tokarev flew on STS-96
STS-96
STS-96 was a Space Shuttle mission to the International Space Station flown by Space Shuttle Discovery, and the first shuttle flight to dock with the International Space Station. The shuttle carried the Spacehab module in the payload, filled with cargo for station outfitting...
, on May 27, 1999. STS-96 was a mission flown by to the International Space Station
International Space Station
The International Space Station is a habitable, artificial satellite in low Earth orbit. The ISS follows the Salyut, Almaz, Cosmos, Skylab, and Mir space stations, as the 11th space station launched, not including the Genesis I and II prototypes...
(ISS). It was first shuttle flight to dock with the ISS. Tokarev served as a Mission Specialist. During the 10-day mission, the crew of Discovery
Space Shuttle Discovery
Space Shuttle Discovery is one of the retired orbiters of the Space Shuttle program of NASA, the space agency of the United States, and was operational from its maiden flight, STS-41-D on August 30, 1984, until its final landing during STS-133 on March 9, 2011...
delivered four tons of logistics and supplies to the ISS in preparation for the arrival of the first crew to live on the station. On flight day 2, Tokarev temporarily stowed some logistics transfer items stored on the shuttle's middeck, in the Spacehab module to provide more room for the spacesuit checkout activities. On May 29, Tokarev and NASA astronaut Ellen Ochoa
Ellen Ochoa
Ellen Ochoa is a former astronaut and engineer, and current Deputy Director of the Johnson Space Center.-Personal life:Ellen Ochoa was born on May 10, 1958 in Los Angeles, California, but considers La Mesa, California to be her hometown...
temporarily stowed docking targets and lights and checked hatch seals in the narrow passageway inside the Pressurized Mating Adapter (PMA 2). The next day, he and Canadian astronaut Julie Payette
Julie Payette
Julie Payette, OC, CQ is a Canadian engineer and a Canadian Space Agency astronaut. Payette has completed two spaceflights, STS-96 and STS-127, logging more than 25 days in space...
traveled to the Zarya module and began maintenance activities on the storage batteries located under the floor board. He and Payette replaced battery recharge controllers. To reduce noise levels in the Zarya module, Tokarev also installed acoustic insulation around some fans. He was also involved with the transfer of logistics items by documenting and stowing items aboard the ISS. On June 1, Tokarev took time out to answer questions regarding the progress of the mission from Russian reporters.

At the end of the mission on June 6, Discovery landed at the Kennedy Space Center runway 15 at 2:02:43 a.m. EDT. The mission was accomplished in 153 Earth orbits, traveling 4 million miles in 235 hours and 13 minutes.

Torakev performed the Russian part of science experiments that included more than 30 experiments on board. He was involved with biological, microbiological, genetic and physics experiments. One of the experiments named Plants allowed to obtain peas grown on the station and also grow greens. Medical experiments he performed aimed at finding the effects of extreme space conditions on humans and blood cells. His physics research included investigating the upper layers of the atmosphere. The objective of the research was to improve the understanding of how the space vehicles affect the upper levels of the atmosphere. During Expedition 12, one cargo flight, Progress M-55
Progress M-55
Progress M-55, identified by NASA as Progress 20 or 20P, was a Progress spacecraft used to resupply the International Space Station. It was a Progress-M 11F615A55 spacecraft, with the serial number 355....
docked with the ISS on December 23, 2005. The resupply ship transported scientific equipment and supplies to the station.

Torakev departed the ISS on April 6, 2006. Tokarev, McArthur and Brazil
Brazil
Brazil , officially the Federative Republic of Brazil , is the largest country in South America. It is the world's fifth largest country, both by geographical area and by population with over 192 million people...
ian spaceflight participant Marcos Pontes
Marcos Pontes
Marco Pontes is a Brazilian Air Force pilot. He became the first Brazilian and the first Lusophone to go into space when he launched to the International Space Station aboard Soyuz TMA-8 on March 30, 2006...
returned to Earth inside the Soyuz TMA-7 capsule on April 8, 2006 at 23:48 UTC. The spacecraft landed at the assigned site near the town of Arkalyk
Arkalyk
Arkalyk is a city in Kostanay Province, northern Kazakhstan. Earlier, it was the centre of Torgay province, which was abolished in 1997. Today, it is the administrative centre of Torgay region, Kostanay province....
in Kazakhstan
Kazakhstan
Kazakhstan , officially the Republic of Kazakhstan, is a transcontinental country in Central Asia and Eastern Europe. Ranked as the ninth largest country in the world, it is also the world's largest landlocked country; its territory of is greater than Western Europe...
. Torakev spent 189 days, 19 hours and 53 minutes in space onboard the Soyuz spacecraft and the ISS.

Tokarev has performed two spacewalks during the course of his cosmonaut career totaling 11 hours and 5 minutes.
On November 7, 2005 Torakev performed his first career spacewalk. The beginning of the spacewalk was delayed about an hour to repressurize the Quest airlock's crew compartment. During the 5 hours, 22 minutes spacewalk, He and NASA astronaut William McArthur installed a new camera assembly and jettisoned the Floating Potential Probe. They also completed two get-ahead tasks. Tokarev wore an all-white suit for the spacewalk. Their first primary task was the camera assembly installation on the Port 1 Truss. The two spacewalkers spent about 2 hours, 10 minutes on the installation. In order to have daylight for the Floating Potential Probe (FPP) jettison, they moved on to the retrieval of a failed remote joint motor controller. Once it was completed, the pair with MacArthur in the lead then moved up the P6 truss to the FPP. The dysfunctional FPP had been designed to measure the space station's electrical potential and compare it to the surrounding plasma. Tokarev and McArthur released and stowed a grounding wire, then released the FPP housing from its stanchion. They checked its condition and McArthur carefully jettisoned the FPP. The FFP removal and jettisoning took an hour to complete. The two spacealkers next removed and replaced a remote power controller module on the mobile transporter. After completing all the tasks the pair returned to the Quest airlock at 3:54 EST.

On February 3, 2006, Torakev performed his second career spacewalk. He and McArthur donned in red-striped Orlan suits, ventured outside of the ISS at 5:44 p.m. EST from the Pirs docking comapartment airlock to begin the spacewalk. During the spacewalk, Tokarev and McArthur relocated a boom adapter for the Strela, a Russian hand-operated crane, from the Zarya module to Pressurized Mating Adapter 3. They also retrieved experiments and inspected and photographed parts of the station's exterior. The two spacewalkers also jettisoned an old Russian Orlan spacesuit equipped with a radio for broadcasts to students around the world. The suit, dubbed SuitSat-1 had reached the end of its operational life for spacewalks in August 2004. It was outfitted by the crew with three batteries, internal sensors and a radio transmitter for this experiment. The SuitSat-1 had recorded greetings in six languages to ham radio operators for about two orbits of the Earth before it stopped transmitting The suit was expected to enter the atmosphere and burn up in a few weeks after the spacewalk. The spacewalk ended when the two re-entered the Pirs airlock and closed its hatch at 11:27 p.m. EST. The spacewalk lasted 5 hours and 43 minutes.