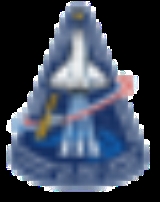 Encyclopedia
Valery Grigoryevich Korzun is a Russia
Russia
Russia or , officially known as both Russia and the Russian Federation , is a country in northern Eurasia. It is a federal semi-presidential republic, comprising 83 federal subjects...
n cosmonaut of Ukrainian
Ukraine
Ukraine is a country in Eastern Europe. It has an area of 603,628 km², making it the second largest contiguous country on the European continent, after Russia...
descent. He has been in space twice totalling 381 days. He has also conducted four career spacewalks.

He is a Russian Air Force Colonel and cosmonaut of Yuri Gagarin Cosmonaut Training Center, was born March 5, 1953, in Krasny Sulin
Krasny Sulin
Krasny Sulin is a town and the administrative center of Krasnosulinsky District of Rostov Oblast, Russia, in the Donbass region. Population:...
. Korzun and his wife Elana have one son, Nikita. His father is Korzun Grigori Andreyevich, and his mother, Korzun Maria Arsentievna. His hobbies include tennis, badminton and theater.

After graduation from the Kachinsk Military College in 1974, Korzun served as a pilot, a senior pilot, a flight section leader, and ultimately as a commander of a Soviet Air Force
Soviet Air Force
The Soviet Air Force, officially known in Russian as Военно-воздушные силы or Voenno-Vozdushnye Sily and often abbreviated VVS was the official designation of one of the air forces of the Soviet Union. The other was the Soviet Air Defence Forces...
squadron.

Korzun is a 1st class military pilot and has logged 1473 hours, primarily in 4 aircraft types. He is also an Instructor of Parachute Training, and has completed 377 parachute jumps.

In 1987, after a successful tour as Commander of the Gagarin Military Air-Force Academy, he was selected as a cosmonaut for training at the Gagarin Cosmonaut Training Center. In December 1987 he began cosmonaut
Astronaut
An astronaut or cosmonaut is a person trained by a human spaceflight program to command, pilot, or serve as a crew member of a spacecraft....
training and was certified as a Test-Cosmonaut in June 1989. From September 1989 through September 1992, he trained for space flight as part of the test-cosmonauts group and from October 1992 to March 1994 he underwent extensive training as Commander of the Soyuz-TM
Soyuz-TM
The Soyuz-TM crew transports were fourth generation Soyuz spacecraft used for ferry flights to the Mir and ISS space stations...
rescue spacecraft. He also trained as a group member for flight on board the orbital complex Mir
Mir
Mir was a space station operated in low Earth orbit from 1986 to 2001, at first by the Soviet Union and then by Russia. Assembled in orbit from 1986 to 1996, Mir was the first modular space station and had a greater mass than that of any previous spacecraft, holding the record for the...
from March 1994 to June 1995. Korzun also served as deputy Director of the 27KC crew flight training complex as crew communication supervisor from March 1994 to January 1995.

In August 1996 Korzun completed training as Commander for the Mir-22
Mir-22
In molecular biology mir-22 microRNA is a short RNA molecule. MicroRNAs are an abundant class of molecules, approximately 22 nucleotides in length, which can post-transcriptionally regulate gene expression by binding to the 3’ UTR of mRNAs expressed in a cell....
/ NASA-3 and "Cassiopia" (sponsored by CNES
CNES
The is the French government space agency . Established under President Charles de Gaulle in 1961, its headquarters are located in central Paris and it is under the supervision of the French Ministries of Defence and Research...
) programs.

Korzun made his first trip to space on board the Soyuz TM-24
Soyuz TM-24
-Crew:-Mission highlights:27th expedition to Mir. Included astronaut from France.Soyuz TM-24 carried a crew of three to the Mir space station. The crew consisted of Cosmonauts Valery Korzun and Aleksandr Kaleri, and the first French woman in space, Claudie André-Deshays. They joined American...
with cosmonaut Alexander Kaleri, and the first French woman in space, Claudie André-Deshays
Claudie Haigneré
Claudie Haigneré is a French doctor, politician, and former astronaut with the Centre National d'Études Spatiales and the European Space Agency ....
on August 17, 1996. The Soyuz spacecraft lifted off from the Baikonur Cosmodrome
Baikonur Cosmodrome
The Baikonur Cosmodrome , also called Tyuratam, is the world's first and largest operational space launch facility. It is located in the desert steppe of Kazakhstan, about east of the Aral Sea, north of the Syr Darya river, near Tyuratam railway station, at 90 meters above sea level...
at 13:18:03 UTC. After two days of solo flight, the Soyuz docked with the Mir station on August 19 at 14:50:23 UTC. Korzun and Kaleri became the 22nd resident crew, first together with NASA astronaut Shannon Lucid
Shannon Lucid
Shannon Matilda Wells Lucid is an American biochemist and a NASA astronaut. At one time, she held the record for the longest duration stay in space by an American, as well as by a woman...
, later with astronauts John Blaha and Jerry Linenger. On March 2, 1997 Soyuz TM-24 carrying Korzun, Kaleri and ESA astronaut Reinhold Ewald
Reinhold Ewald
Dr. Reinhold Ewald is a German physicist and ESA astronaut.Born in Mönchengladbach, Germany, he received diploma in experimental physics from the University of Cologne in 1983 and the Ph.D. in 1986, with a minor degree in human physiology.In 1990, he was selected to the German astronaut team,...
returned to Earth. The Soyuz capsule landed landing 128 km east of Dzheskasgan at 06:44 UTC. Korzun spent 196 days, 17 hours and 26 minutes on board Soyuz TM-24 and Mir.

The Expedition 5
Expedition 5
Expedition 5 was the fifth long-duration stay on the International Space Station . The crew, consisting of three people, remained in space for 184 days, 178 of which were spent aboard the ISS...
crew was launched on June 5, 2002 aboard STS-111
STS-111
STS-111 was a space shuttle mission to the International Space Station flown by Space Shuttle Endeavour. STS-111 resupplied the station and replaced the Expedition 4 crew with the Expedition 5 crew...
. lifted off from the Kennedy Space Center
Kennedy Space Center
The John F. Kennedy Space Center is the NASA installation that has been the launch site for every United States human space flight since 1968. Although such flights are currently on hiatus, KSC continues to manage and operate unmanned rocket launch facilities for America's civilian space program...
LC-39A
Kennedy Space Center Launch Complex 39
Launch Complex 39 is a rocket launch site at the John F. Kennedy Space Center on Merritt Island in Florida, USA. The site and its collection of facilities were originally built for the Apollo program, and later modified to support Space Shuttle operations. NASA began modifying LC-39 in 2007 to...
at 21:22:49 UTC. After two days Endeavour docked with the International Space Station
International Space Station
The International Space Station is a habitable, artificial satellite in low Earth orbit. The ISS follows the Salyut, Almaz, Cosmos, Skylab, and Mir space stations, as the 11th space station launched, not including the Genesis I and II prototypes...
(ISS) on June 7, 2002 at 16:25 UTC. Korzun joined the Expedition 5 crew as the commander. Expedition 5 crew carried out approximately 25 new investigations onboard the ISS, as well as continued with various science investigations begun before their stay. The scientific investigations aimed at studying cold plasma, crystal growth, radiation effects in the space and the human body. Some medical experiments involved blood, muscles, bones while the crew also conducted psychological experiments. Korzun also participated in ecological experiments and monitored the Earth's surface from space. Earth observation from outer space has many useful applications including informing the ground of disaster situations such as fires and floods as quickly as they occur.

The Expedition 5 crew returned to Earth on December 7, 2002 aboard Space Shuttle Endeavours STS-113
STS-113
STS-113 was a Space Shuttle mission to the International Space Station flown by Space Shuttle Endeavour. During the 14-day mission in late 2002, Endeavour and its crew extended the ISS backbone with the P1 truss and exchanged the Expedition 5 and Expedition 6 crews aboard the station...
mission. The shuttle touched down at KSC Runway 33 at 19:38:25 UTC. Completing his second long duration spaceflight, Korzun logged 184 days and 22 hours in space.

On December 2, 1996, Korzun performed his first career spacewalk with cosmonaut Aleksandr Kaleri. The main purpose was to complete connections of the cooperative solar array to provide more electrical power to the Mir station. The spacewalk started at 15:54 UTC and ended at 21:52 UTC lasting 5 hours and 57 minutes. During the spacewalk, the two cosmonauts installed MCSA cables.

Korzun performed his second career spacewalk on December 9, 1996. The main purpose was to complete connections of the cooperative solar array to provide more electrical power to the Mir station. He and Kaleri completed the MCSA cable installation and attached a Kurs docking antenna. The spacewalk started at 13:50 and ended at 20:28 lasting 6 hours and 38 minutes.

Korzun performed two spacewalks during his six-month stay aboard the ISS. On August 16, 2002, Korzun performed his third career spacewalk together with NASA astronaut Peggy Whitson
Peggy Whitson
Peggy Annette Whitson is an American biochemistry researcher, NASA astronaut, and NASA's Chief Astronaut. Her first space mission was in 2002, with an extended stay aboard the International Space Station as a member of Expedition 5. Her second mission launched October 10, 2007, as the first female...
. The two spacewalkers got off to a late start because they evidently forgot to open an oxygen valve in their Russian Orlan spacesuits while getting prepared and the Pirs docking compartment airlock had to be re-pressurized. Once the valves were set correctly, Korzun reported a pressure leak but the Russian officials declared it as a no issue. By the time the hatch was finally opened almost two hours had been wasted and the spacewalk was cut short to a duration of 4.5 hours. The objective of the spacewalk was to fortify the ISS against damaging space debris. Korzun and Whitson installed six debris panels onto the Zvezda Service Module. They removed the panels from their temporary location on the station's PMA-1
Pressurized Mating Adapter
The International Space Station uses three Pressurized Mating Adapters to interconnect spacecraft and modules with different docking mechanisms. The first two PMAs were launched with the Unity module in 1998 aboard STS-88...
prior to attachment to Zvezda. The panels are designed to shield Zvezda from potential space debris impacts. The spacewalk lasted 4 hours and 25 minutes.

Korzun performed his fourth career spacewalk on August 26, 2002. The start of the spacewalk was delayed because of an air leak in the sealed hatches between the Pirs airlock and the Zvezda module. The problem was easily corrected but took Korzun and Sergei Treshchov almost a half-hour to step through the procedures and get ready to go outside. Despite the late start at 05:27 UTC, the two spacewalkers finished everything assigned to them on this spacewalk. Wearing Russian Orlan spacesuits Korzun and Treshchov installed a frame on the outside of the Zarya module to house components for future spacewalk assembly tasks. They installed new material samples on a pair of Japanese Space Agency materials exposure experiments housed on the outside of Zvezda. They installed devices on Zvezda that will simplify the routing of tethers during future assembly spacewalks. The two spacewalkers also improved future station amateur radio operations by adding two ham radio antennas on Zvezda. The spacewalk was staged from the Pirs docking compartment airlock and lasted 5 hours and 21 minutes.