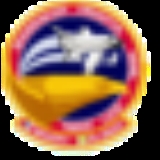 Encyclopedia
Shannon Matilda Wells Lucid (born January 14, 1943) is an American
United States
The United States of America is a federal constitutional republic comprising fifty states and a federal district...
biochemist
Biochemist
Biochemists are scientists who are trained in biochemistry. Typical biochemists study chemical processes and chemical transformations in living organisms. The prefix of "bio" in "biochemist" can be understood as a fusion of "biological chemist."-Role:...
and a NASA
NASA
The National Aeronautics and Space Administration is the agency of the United States government that is responsible for the nation's civilian space program and for aeronautics and aerospace research...
astronaut
Astronaut
An astronaut or cosmonaut is a person trained by a human spaceflight program to command, pilot, or serve as a crew member of a spacecraft....
. At one time, she held the record for the longest duration stay in space by an American, as well as by a woman. She has flown in space five times including a prolonged mission aboard the Mir
Mir
Mir was a space station operated in low Earth orbit from 1986 to 2001, at first by the Soviet Union and then by Russia. Assembled in orbit from 1986 to 1996, Mir was the first modular space station and had a greater mass than that of any previous spacecraft, holding the record for the...
space station.

Lucid was born in Shanghai
Shanghai
Shanghai is the largest city by population in China and the largest city proper in the world. It is one of the four province-level municipalities in the People's Republic of China, with a total population of over 23 million as of 2010...
, China, to Baptist
Baptist
Baptists comprise a group of Christian denominations and churches that subscribe to a doctrine that baptism should be performed only for professing believers , and that it must be done by immersion...
missionary parents Oscar and Myrtle Wells, but grew up in Bethany, Oklahoma
Bethany, Oklahoma
Bethany is a city in Oklahoma County, Oklahoma, United States, and a part of the Oklahoma City metropolitan area. The population was 20,307 at the 2000 census.-Geography:Bethany is located at ....
and graduated from Bethany High School
Bethany High School
Bethany High School is located in Bethany, Oklahoma. The first class graduated in 1931. The school mascot of BHS is the Broncho.- History :...
. She attended the University of Oklahoma
University of Oklahoma
The University of Oklahoma is a coeducational public research university located in Norman, Oklahoma. Founded in 1890, it existed in Oklahoma Territory near Indian Territory for 17 years before the two became the state of Oklahoma. the university had 29,931 students enrolled, most located at its...
and obtained a Ph.D.
Doctor of Philosophy
Doctor of Philosophy, abbreviated as Ph.D., PhD, D.Phil., or DPhil , in English-speaking countries, is a postgraduate academic degree awarded by universities...
in biochemistry
Biochemistry
Biochemistry, sometimes called biological chemistry, is the study of chemical processes in living organisms, including, but not limited to, living matter. Biochemistry governs all living organisms and living processes...
from that school in 1973.

Lucid was selected for the NASA Astronaut Corps in 1978. Of the six women in this first class with female astronauts, Lucid was the only one who was a mother at the time of being hired.

Lucid is best known for her fifth spaceflight, when she spent 188 days in space, from March 22 to September 26, 1996, including 179 days aboard Mir
Mir
Mir was a space station operated in low Earth orbit from 1986 to 2001, at first by the Soviet Union and then by Russia. Assembled in orbit from 1986 to 1996, Mir was the first modular space station and had a greater mass than that of any previous spacecraft, holding the record for the...
, the Russian space station
Space station
A space station is a spacecraft capable of supporting a crew which is designed to remain in space for an extended period of time, and to which other spacecraft can dock. A space station is distinguished from other spacecraft used for human spaceflight by its lack of major propulsion or landing...
. Both to and from Mir, she travelled on Space Shuttle Atlantis
Space Shuttle Atlantis
The Space Shuttle Atlantis is a retired Space Shuttle orbiter in the Space Shuttle fleet belonging to the National Aeronautics and Space Administration , the spaceflight and space exploration agency of the United States...
, launching on STS-76
STS-76
STS-76 was NASA's 76th Space Shuttle mission, and the 16th mission for Atlantis. STS-76 launched on 22 March 1996 at 3:13 am EST from Kennedy Space Center launch pad 39B...
and returning on STS-79
STS-79
STS-79 was a Space Shuttle Atlantis mission to the Mir space station. It was the first shuttle mission to dock with Mir once it was fully assembled.-Crew:-Mission parameters:*Mass:**Spacehab-Double Module **Orbiter Docking System...
. Her stay on Mir was not expected to last so long but her return was delayed twice, extending her stay by about six weeks. During the mission she performed numerous life science and physical science experiments. As a result of her time aboard Mir, she held the record for the most hours in orbit by a non-Russian and most hours in orbit by a woman. On June 16, 2007, her record for longest duration spaceflight by a woman was exceeded by Sunita Williams
Sunita Williams
Sunita Williams is a United States Naval officer and a NASA astronaut. She was assigned to the International Space Station as a member of Expedition 14 and then joined Expedition 15...
aboard the International Space Station
International Space Station
The International Space Station is a habitable, artificial satellite in low Earth orbit. The ISS follows the Salyut, Almaz, Cosmos, Skylab, and Mir space stations, as the 11th space station launched, not including the Genesis I and II prototypes...
.

From 2002 to 2003, Lucid served as the Chief Scientist
NASA Chief Scientist
The Chief Scientist was the most senior science position at the National Aeronautics and Space Administration . The Chief Scientist served as the principal advisor to the NASA Administrator in science issues and as interface to the national and international science community, ensuring that NASA...
of NASA. Since 2005, Lucid has served as lead CAPCOM (capsule communicator) on the Planning (overnight) shift in Mission Control for a number of Space Shuttle missions, including: STS-114
STS-114
-Original crew:This mission was to carry the Expedition 7 crew to the ISS and bring home the Expedition 6 crew. The original crew was to be:-Mission highlights:...
, STS-116
STS-116
-Crew notes:Originally this mission was to carry the Expedition 8 crew to the ISS. The original crew was to be:-Mission highlights:* The STS-116 mission delivered and attached the International Space Station's third port truss segment, the P5 truss....
, STS-118
STS-118
- Crew notes :Astronaut Clayton Anderson originally was slated to be launched to the ISS on this mission, but was moved to STS-117. His replacement was Alvin Drew....
, STS-120
STS-120
-Crew notes:As commander of STS-120, Pamela Melroy became the second woman to command a space shuttle mission. Additionally, the Expedition 16 crew that received STS-120 was commanded by Peggy Whitson, the first female ISS commander...
, STS-122
STS-122
STS-122 was a NASA Space Shuttle mission to the International Space Station , flown by the Space Shuttle Atlantis. STS-122 marked the 24th shuttle mission to the ISS, and the 121st space shuttle flight since STS-1....
, STS-124
STS-124
STS-124 was a Space Shuttle mission, flown by Space Shuttle Discovery to the International Space Station. Discovery launched on 31 May 2008 at 17:02 EDT, moved from an earlier scheduled launch date of 25 May 2008, and landed safely at the Kennedy Space Center's Shuttle Landing Facility, at 11:15...
, STS-125
STS-125
STS-125, or HST-SM4 , was the fifth and final space shuttle servicing mission to the Hubble Space Telescope .Launch occurred on 11 May 2009 at 2:01 pm EDT...
, STS-126
STS-126
-Crew notes:Originally scheduled to fly on STS-126 was Joan E. Higginbotham, who was a mission specialist on STS-116. On 21 November 2007, NASA announced a change in the crew manifest due to Higginbotham's decision to leave NASA to take a job in the private sector. Stephen G...
, STS-127
STS-127
STS-127 was a NASA Space Shuttle mission to the International Space Station . It was the twenty-third flight of . The primary purpose of the STS-127 mission was to deliver and install the final two components of the Japanese Experiment Module: the Exposed Facility , and the Exposed Section of the...
, STS-128
STS-128
-Crew notes:Nicole Stott was originally scheduled to return aboard Soyuz TMA-15, but a change in the flight plan was made due to the possible flight delays in future shuttle missions, which may extend Canadian astronaut Robert Thirsk's mission beyond the six-month duration preferred for station...
, STS-129
STS-129
-Crew seat assignments:-Mission payload:-ExPRESS Logistics Carriers 1 and 2:The primary payload of STS-129 was the ExPRESS Logistics Carrier and the ELC-2. The mass capacity of each ELC is with a volume of 30 meters cubed...
, STS-130
STS-130
STS-130 was a NASA Space Shuttle mission to the International Space Station . 's primary payloads were the Tranquility module and the Cupola, a robotic control station with six windows around its sides and another in the center, providing a 360-degree view around the station...
, STS-132
STS-132
STS-132 was a NASA Space Shuttle mission, during which Space Shuttle Atlantis docked with the International Space Station on 16 May 2010. STS-132 was launched from the Kennedy Space Center on 14 May 2010. The primary payload was the Russian Rassvet Mini-Research Module, along with an Integrated...
, STS-133
STS-133
STS-133 was the 133rd mission in NASA's Space Shuttle program; during the mission, Space Shuttle Discovery docked with the International Space Station. It was Discoverys 39th and final mission. The mission launched on 24 February 2011, and landed on 9 March 2011...
, STS-134
STS-134
STS-134 was the penultimate mission of NASA's Space Shuttle program. The mission marked the 25th and final flight of . This flight delivered the Alpha Magnetic Spectrometer and an ExPRESS Logistics Carrier to the International Space Station. Mark Kelly served as the mission commander...
and STS-135
STS-135
STS-135 was the final mission of the American Space Shuttle program. It used the orbiter Atlantis and hardware originally processed for the STS-335 contingency mission, which was not flown. STS-135 launched on 8 July and was originally scheduled to land on 20 July 2011, but the mission was...
.

As of January 2011, Lucid has served in Management in the Astronaut Office at the Johnson Space Center in Houston, Texas
Houston, Texas
Houston is the fourth-largest city in the United States, and the largest city in the state of Texas. According to the 2010 U.S. Census, the city had a population of 2.1 million people within an area of . Houston is the seat of Harris County and the economic center of , which is the ...
and still actively serves as CAPCOM.