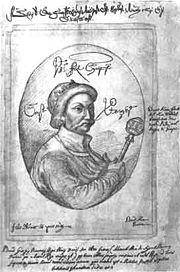 The Undiladze were a Georgian
Georgia (country)
Georgia is a sovereign state in the Caucasus region of Eurasia. Located at the crossroads of Western Asia and Eastern Europe, it is bounded to the west by the Black Sea, to the north by Russia, to the southwest by Turkey, to the south by Armenia, and to the southeast by Azerbaijan. The capital of...
noble family whose members rose in prominence in the service of Iran
Iran
Iran , officially the Islamic Republic of Iran , is a country in Southern and Western Asia. The name "Iran" has been in use natively since the Sassanian era and came into use internationally in 1935, before which the country was known to the Western world as Persia...
’s Safavid dynasty
Safavid dynasty
The Safavid dynasty was one of the most significant ruling dynasties of Iran. They ruled one of the greatest Persian empires since the Muslim conquest of Persia and established the Twelver school of Shi'a Islam as the official religion of their empire, marking one of the most important turning...
and dominated the Shah
Shah
Shāh is the title of the ruler of certain Southwest Asian and Central Asian countries, especially Persia , and derives from the Persian word shah, meaning "king".-History:...
’s court at a certain period of the late 16th and early 17th centuries.

The first known member of this family, Allahverdi Khan
Allahverdi Khan
Allahverdi Khan was an Iranian general and statesman of Georgian origin who, although initially a ghulām , rose to high office in the Safavid state....
, was born to a Christian
Christianity
Christianity is a monotheistic religion based on the life and teachings of Jesus as presented in canonical gospels and other New Testament writings...
family in Georgia, but captured by the Persians during one of their raids, converted into Islam
Islam
Islam . The most common are and .   : Arabic pronunciation varies regionally. The first vowel ranges from ~~. The second vowel ranges from ~~~...
and trained for the ghulam army, a special military structure consisting of Christian captives. His raise to the governorship of Fars in 1595 marked the beginning of Shah Abbas I’s policy of replacing Turkic Qizilbash officers with the former ghulams. By 1600, Allahverdi-Khan made it into the most influential minister of the Saffavid empire, being succeeded upon his death in 1613 by his older son, Imam-Quli Khan
Imam-Quli Khan
Imam-Quli Khan was an Iranian military and political leader of Georgian origin who served as a governor of Fars, Lar and Bahrain for the shahs Abbas I and Safi.-Biography:...
. Both father and son were responsible for the army reforms and major military exploits, including a series of successful campaigns that brought the Portuguese
Portugal
Portugal , officially the Portuguese Republic is a country situated in southwestern Europe on the Iberian Peninsula. Portugal is the westernmost country of Europe, and is bordered by the Atlantic Ocean to the West and South and by Spain to the North and East. The Atlantic archipelagos of the...
colonial gains in the Persian Gulf
Persian Gulf
The Persian Gulf, in Southwest Asia, is an extension of the Indian Ocean located between Iran and the Arabian Peninsula.The Persian Gulf was the focus of the 1980–1988 Iran-Iraq War, in which each side attacked the other's oil tankers...
to an end. Allahverdi’s younger son, Daud Khan
Daud Khan Undiladze
Daud-Khan an Iranian military commander and politician of Georgian origin who served as governor of Ganja and Karabakh from 1625 to 1630....
, served as governor of Ganja
Ganja, Azerbaijan
Ganja is Azerbaijan's second-largest city with a population of around 313,300. It was named Yelizavetpol in the Russian Empire period. The city regained its original name—Ganja—from 1920–1935 during the first part of its incorporation into the Soviet Union. However, its name was changed again and...
and Karabakh
Karabakh
The Karabakh horse , also known as Karabakh, is a mountain-steppe racing and riding horse. It is named after the geographic region where the horse was originally developed, Karabakh in the Southern Caucasus, an area that is de jure part of Azerbaijan but the highland part of which is currently...
from 1625 to 1630, and had more intimate ties with Georgia, the country of the family’s origin.

Shah Abbas I placed complete trust in the family and did not feel threatened by their wealth and power. With Abbas’s death in 1629, the family’s influence began to fade. The new shah, Safi
Safi of Persia
Shah Safi was Shah of Iran from 1629 to 1642. He was the sixth ruler of the Safavid dynasty.Safi was given the name Sam Mirza when he was born. He was the son of Mohammed Baqir Mirza, the eldest son of Shah Abbas I, and Dilaram Khanum, a Georgian wife. In 1615, Abbas had Mohammed Baqir killed,...
, extremely suspicious of Abbas’s favorites, resorted to bloody repressions, not without the advice and involvement of his new ministers, including the shah’s mentor Khosrow Mirza
Rostom of Kartli
Rostom or Rustam Khan was a ruler of Kartli, eastern Georgia, from 1633 until his death. Appointed by a Persian shah as a Wāli of Kartli, he styled himself king of kings and sovereign.- Life :...
(Rostam Khan), a Muslim Georgian prince of the Bagrationi dynasty
Bagrationi Dynasty
The Bagrationi dynasty was the ruling family of Georgia. Their ascendency lasted from the early Middle Ages until the early 19th century. In modern usage, this royal line is frequently referred to as the Georgian Bagratids, a Hellenized form of their dynastic name.The origin of the Bagrationi...
. Things came to a head in 1633, after Daud Khan Undiladze, recently removed from his position in the majlis
Majlis
' , is an Arabic term meaning "a place of sitting", used in the context of "council", to describe various types of special gatherings among common interest groups be it administrative, social or religious in countries with linguistic or cultural connections to Islamic countries...
, defected to Georgia and joined his brother-in-law, Teimuraz I
Teimuraz I of Kakheti
Teimuraz I , of the Bagrationi Dynasty, was a Georgian monarch who ruled, with intermissions, as King of Kakheti from 1605 to 1648 and also of Kartli from 1625 to 1633...
, in his rebellion against the Saffavid hegemony. The same year, at Shah Safi’s orders, Imam-Quli Khan and his family were massacred and his possessions added to the crown domain. Daud Khan’s sons were captured and castrated. Daud himself, being pressured by the Persian troops in Georgia, fled to the Ottoman Empire
Ottoman Empire
The Ottoman EmpireIt was usually referred to as the "Ottoman Empire", the "Turkish Empire", the "Ottoman Caliphate" or more commonly "Turkey" by its contemporaries...
and disappeared from history.

The family has left a visible trace in Iranian culture. Their patronage of arts and education and zeal for building resulted in some of the most notable examples of the Saffavid architecture, especially in Shiraz
Shiraz
Shiraz may refer to:* Shiraz, Iran, a city in Iran* Shiraz County, an administrative subdivision of Iran* Vosketap, Armenia, formerly called ShirazPeople:* Hovhannes Shiraz, Armenian poet* Ara Shiraz, Armenian sculptor...
and Esfahan. A statue to Imam-Quli Khan has recently been installed on the island of Qeshm
Qeshm
Qeshm Qeshm Qeshm (Persian: قشم - pronounced kē´shm is an Iranian island situated in the Strait of Hormuz, and separated from the mainland by the Clarence Strait/Khuran in the Persian Gulf .-Geography:...
.
The source of this article is wikipedia, the free encyclopedia.  The text of this article is licensed under the GFDL.