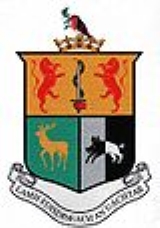 
Sullivan Upper School is a mixed
Coeducation
Mixed-sex education, also known as coeducation or co-education, is the integrated education of male and female persons in the same institution. It is the opposite of single-sex education...
cross-
Ecumenism
Ecumenism or oecumenism mainly refers to initiatives aimed at greater Christian unity or cooperation. It is used predominantly by and with reference to Christian denominations and Christian Churches separated by doctrine, history, and practice...
denominational
Christian denomination
A Christian denomination is an identifiable religious body under a common name, structure, and doctrine within Christianity. In the Orthodox tradition, Churches are divided often along ethnic and linguistic lines, into separate churches and traditions. Technically, divisions between one group and...
voluntary grammar school
Grammar school
A grammar school is one of several different types of school in the history of education in the United Kingdom and some other English-speaking countries, originally a school teaching classical languages but more recently an academically-oriented secondary school.The original purpose of mediaeval...
in Holywood
Holywood
Holywood is a town in County Down, Northern Ireland. It lies on the shore of Belfast Lough, between Belfast and Bangor. Holywood Exchange and Belfast City Airport are nearby. The town hosts an annual jazz and blues festival.-Name:...
, Northern Ireland
Northern Ireland
Northern Ireland is one of the four countries of the United Kingdom. Situated in the north-east of the island of Ireland, it shares a border with the Republic of Ireland to the south and west...
and has approximately 1,100 enrolled pupils. The school motto, which is printed on all the school blazers, is Lamh Foisdineach An Uachtar, which is Irish
Irish language
Irish , also known as Irish Gaelic, is a Goidelic language of the Indo-European language family, originating in Ireland and historically spoken by the Irish people. Irish is now spoken as a first language by a minority of Irish people, as well as being a second language of a larger proportion of...
for "with the gentle hand foremost".

Sullivan Lower School (equivalent to a primary school in modern terminology) was founded in 1862 by Robert Sullivan. After Sullivan's death in 1868, part of his estate
Will (law)
A will or testament is a legal declaration by which a person, the testator, names one or more persons to manage his/her estate and provides for the transfer of his/her property at death...
was used to establish the upper school. Originally the two schools were based in Holywood's High Street, but the lower school no longer exists and the upper school has moved to a site on the edge of the town. The original building is now occupied by the town's public library
Public library
A public library is a library that is accessible by the public and is generally funded from public sources and operated by civil servants. There are five fundamental characteristics shared by public libraries...
.

The school is opposed to the government's plans for the reform of education based on the Costello Report. These reforms will remove academic selection
Eleven plus
In the United Kingdom, the 11-plus or Eleven plus is an examination administered to some students in their last year of primary education, governing admission to various types of secondary school. The name derives from the age group for secondary entry: 11–12 years...
in Northern Ireland, which some observers think will effectively destroy the country's grammar schools. In opinion polls over 60 percent of parents in Northern Ireland are opposed to the changes.

A letter recently went out to Pupils in every year, directly from the headmaster, Mr Stevenson, raising the issue that the ethos and academic achievement of Sullivan would be changed irreparably by the post primary selection changes.

In the 2007–2008 Board of Governors' report it is stated that the school will use Common Entrance Assessments as academic selection for admission to year 8 in 2010.

The future role of academic selection in the educational system is also controversial given that there has been no agreement at Assembly or Executive level about the way forward. In managing this disturbing situation the Board of Governors has decided that Sullivan Upper will use Common Entrance Assessments as developed by the Association for Quality Education for admission to year 8 in 2010.

Sullivan Upper participates in various sports, including rugby
Rugby union
Rugby union, often simply referred to as rugby, is a full contact team sport which originated in England in the early 19th century. One of the two codes of rugby football, it is based on running with the ball in hand...
, hockey
Hockey
Hockey is a family of sports in which two teams play against each other by trying to maneuver a ball or a puck into the opponent's goal using a hockey stick.-Etymology:...
, golf
Golf
Golf is a precision club and ball sport, in which competing players use many types of clubs to hit balls into a series of holes on a golf course using the fewest number of strokes....
, volleyball
Volleyball
Volleyball is a team sport in which two teams of six players are separated by a net. Each team tries to score points by grounding a ball on the other team's court under organized rules.The complete rules are extensive...
, tennis
Tennis
Tennis is a sport usually played between two players or between two teams of two players each . Each player uses a racket that is strung to strike a hollow rubber ball covered with felt over a net into the opponent's court. Tennis is an Olympic sport and is played at all levels of society at all...
and chess
Chess
Chess is a two-player board game played on a chessboard, a square-checkered board with 64 squares arranged in an eight-by-eight grid. It is one of the world's most popular games, played by millions of people worldwide at home, in clubs, online, by correspondence, and in tournaments.Each player...
.

In hockey, Sullivan won the 1993 Burney Cup
Burney Cup
The Burney Cup is an annual competition involving the strongest schools affiliated to the Ulster Branch of the Irish Hockey Association...
beating Banbridge Academy
Banbridge Academy
Banbridge Academy is a grammar school located in Banbridge, Northern Ireland. The school was founded in 1786.The current Principal is Mr Raymond Pollock OBE, who was previously a Vice Principal at Friends' School, Lisburn. Mr. Pollock was preceded by Mr. Charles Winston Breen , a graduate of...
after sudden death penalty strokes. In 2006 they reached the final again — losing 4–2. Former team members include Irish Senior International player such as Mark Raphael. In 2009 they also reached the McCullough Cup
McCullough Cup
The McCullough Cup is a hockey competition. It is an annual tournament played for by schools affiliated to the Ulster Branch of the Irish Hockey Association...
final for the first time in the schools history. In 2010, the team reached the semi-final of the Burney Cup but lost to Campbell College.

The school involves a wide range of musical talent which is represented in the many musical groups held throughout the week. These include Orchestra, Jazz band, Junior Choir, Traditional group, Brass band and Sullivan Singers. there are also several small groups of musicians playing at many events inside and outside school, these include a jazz quartet "Jazz Inc.", string quartets, wind ensembles and pop bands.

The school is divided into four houses: Praeger (red), Grant (green), McAlester (blue), Speers (yellow). Two of the houses, Grant and Speers, were named after ex-headmasters of the school, whereas Praeger was named after the sculptress Rosamund Praeger
Rosamund Praeger
Sophia Rosamond Praeger, MBE, HRHA, MA was an Irish artist, sculptor and writer.Born in Holywood, County Down, Ireland, she was educated at Sullivan Upper School, the Belfast School of Art and the Slade School of Art in London. She was the younger sister of the naturalist Robert Lloyd Praeger.She...
and her brother Robert
Robert Lloyd Praeger
-Life:Of a Unitarian background, he was born in Holywood, County Down, and grew up in that town where he was educated, first in the school of the Rev McAlister and then at nearby Sullivan Upper School. He worked in the National Library of Ireland in Dublin from 1893 to 1923. He co-founded and...
. McAlester was named after the Rev. McAlester who sat on the Committee of Sullivan Schools in the 1800s when the school was founded. The school's Preparatory Department, however, only contains three of the four houses - Grant house, which was established in the 1974-75 school year, only exists in the main body of the school.

Regular inter-house competitions are held to cultivate house pride - including the House Music Competition and Sports Day. In recent years Grant has dominated the House music event. McAlester has been successful in house rugby with Praeger dominating house hockey and winning the overall house cup in 2008. Speers has held a good record in badminton and tennis. The house cup has been hotly contested recently, particularly between Praeger and Speers.

In the school year ending June 2008, Praeger won by a considerable margin.

Grant's win at House Music currently places them in the lead this year with Praeger close behind.

On 17 June 1994, Garnet Bell, a former pupil, entered the School Hall during an A Level exam carrying an improvised flame thrower, containing petrol and paraffin. Bell discharged the device, burning six pupils, three of them seriously. He was subsequently found guilty of three cases of attempted murder and three of grievous bodily harm, receiving six life sentences.
The source of this article is wikipedia, the free encyclopedia.  The text of this article is licensed under the GFDL.